Reality, Unreality, Magic and Sorcery – The Power of Consciousness (Pt.10)

Reality exists, unreality does not. This is a basic understanding to start from.

The unreality of the ideated imaginal realm, can manifest as reality in a positive sense, but can also manifest to create an unreal reality, an illusory reality, which is ultimately a negative for us.

The positive generative capacity is to physically create forks, chairs, tables, etc., or also positively good ways of living according to recognized principles and values of objective morality.

The negative generative capacity is when we create falser, unrealer and lower consciousness manifestations as ways of living, such as governments to control and coerce the lives of others. The world and reality around us appears “good” and “ordered”, but it’s a false and unreal illusion of “good” and “order”.

“The victim of mind-manipulation does not know that he is a victim. To him, the walls of his prison are invisible, and he believes himself to be free”
– Aldous Huxley

We can accept the conceptual beliefs others suggest and influence us with through convincing sophistry and rhetoric. We agree to “ally” and “unite” with others under this common idea of “good” and “order” within our consciousnesses created from someone’s imaginal realm, through someone else’s will to influence our will.

Money is created, government is created, religion is created, etc. These things do not exist in reality prior to us creating them and giving them power in our lives.

Money is nothing but paper, coins, or a digital currency with a subjective belief in value we assign. It has no power other than the power we give it, for good or evil, and this power comes from our conscious choices on how to use this tool we created.

Government is people assuming power that others give them. Government doesn’t exist anywhere as an actual thing. Government is only an aggregate grouping of people we agree to let control our lives and tell us what to do through giving up our own authority, even if we are ignorant of why or how it is done. Organized religion is the same as government.

We accept an imagined externalized authority over our lives and give ourselves over to it, thereby giving it power. We subsume ourselves to a “greater good” image and idea in our consciousness. We fool ourselves, all through the power of consciousness. Without us agreeing to the idea of an externalized authority over our lives, these beliefs have no power in actuality. We give them power.

We create a worldview perception of reality, either positively based in actual, verifiable, demonstrable reality, or based on our unreal imagined beliefs and convictions about ideas. In the latter case, we create, generate and manifest actions and behavior into reality according to those unreal phantasms from our consciousness. This is magic and sorcery, once you understand what those words mean in demonstrable reality. It’s not about the fantasy “magic” one sees in movies, television or fictional writing.

These are images (imagination) and ideas in consciousness, that are given power and manifested into reality, as unreal reality, from the unreality of the imaginal realm. We create these illusions in our world. They are not self-existing substances. They are products of our actions and behaviors which imbue, inculcate and summon these ideas into reality.

Manifesting these illusory unrealities is done through a disconnection from demonstrable reality, disconnected and detached from truth and deeper moral comprehension by uncritically accepting the beliefs and will of others as a way for us to live our lives. This is sorcery. 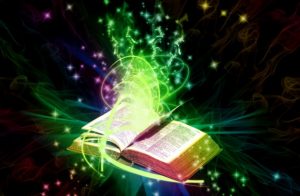 These ideas are sold, like a product, to the consciousnesses of people who buy into them. These products in consciousness (unrealities) are then acted upon and we produce them into reality by our own actions. If no one accepted these unrealities, these figments from imagination, these beliefs, and no one acted upon them, they would not become a manifested, generated or created way of life in reality. They are spells cast, invoked, inculcated, injected and summoned into consciousness through the science of imagery, through clever symbolic word magic (speaking a language, or other symbolism such as writing or direct images). Words are spells. They are spelt through spelling.

The spells of sophistry that have us create our own enslavement are convincing. We form convictions of their genuineness, their authenticity, their validity, their truth, but they are beliefs taken as “truth”. We are the ones who buy into the products of the mind others are selling. 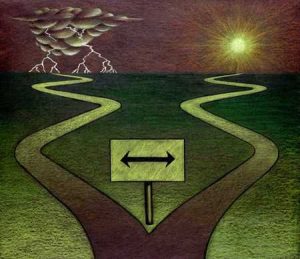 Why? Because just as these manipulative sorcerers are not aligned with the reality of truth and morality to not do or create falsity, wrong or evil, we are also not aligned with reality, truth and morality to know how to not be deceived by falsity and evil. We willingly walk onto the wrong path thinking we are doing “right”. This is the illusion of “good” by being ignorant of the objective difference between right and wrong, between moral and immoral, and between good and evil.

This is the “economy” of consciousness, where masters of manipulation and mind control (consciousness control) harness our universally constructible energy of our thoughts, emotions and actions of consciousness, and direct it along preselected and predetermined avenues of false choice and control. It starts off in mandatory indoctrination centers for the youth as “education” or school.

This creates a false-self pattern of attachment through conditioning and programming from impressions, impositions and influence in society to have us integrate and “unite” for optimization of our survival. The program eventually becomes automated and self-directed towards the progression of the sorcerers agenda and will. Their will imprints upon us and becomes our will. We then live out much of our lives through subconscious-unconscious automated programs of conditioning that condition us to live the current condition of reality that exists. We walk in preselected channeled pathways. 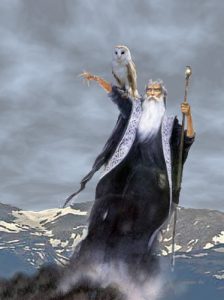 Magic is “to be able”, “to have power”. It is a direction of energy, manifesting in an ability or power to influence others. It’s an “art” of using our will to influence others, for positive or negative goals, objectives and outcomes. Sorcerers use their knowledge of reality to gain power over others as a negative form of magic.

Magic is achieved through the power and ability of understanding reality. Language, symbolism and imagery is the tool of magicians. The greater the understanding of language, symbols and consciousness, the more powerful the magic is to affect other people’s consciousness. It becomes “dark” , as sorcery, when someone misconstrues and misrepresents the symbols referencing reality, to create an unreality of false perception, and then people act upon this falsity.

Develop your power of consciousness and become a magician. Someone that accurately understands reality and shares this understanding with others, to help elevate their comprehension of reality and themselves, and help them navigate reality correctly as well. Sorcerers take their accurate understanding of reality and pervert it to manipulate others to their own selfish benefit.