TV is Mind Control through Physiological and Psychological Manipulation

It’s estimated the average American, starting at the young ripe age of two years old, watches more than 34 hours of television per week, plus an additional 3 hours of recorded media. 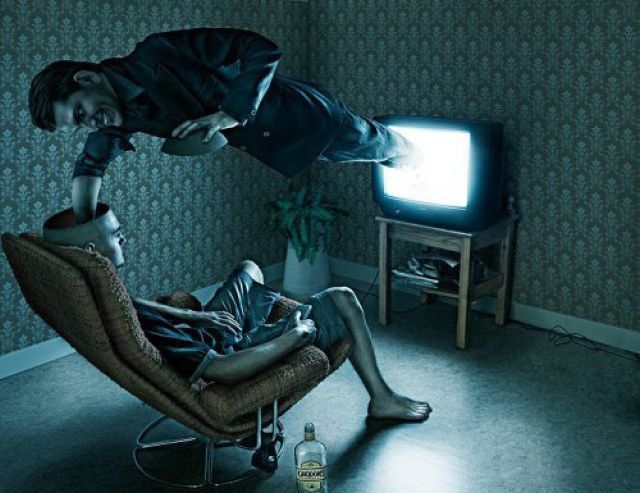 source
Corporate media is mostly funded by corporations. 75% of the commercial airtime is paid for by the 100 largest corporations in the USA, with budgets into the billions for some.

When new content is created, it can attract or detract advertising and investment into the commercial side. If some content is not liked by a corporation that funds a majority of the television network, then chances are they are going to hand them a script of what to say to keep public opinion in their favor. Television is a private medium for new information to get out, where the corporations decide what commercials we see in between shows, and also get to influence what shows get to startup or continue on a network.

The more we watch TV, the more we go into alpha brainwave states, the slow and receptive pattern that accepts images and suggestion into consciousness less critically. A state of hypnosis is induced by the alpha frequency, where you are content to just sit and continue watching. Going from the beta to an alpha wave state can affect how we feel, making it pleasurable to induce an alpha wave relaxed state and watching the TV, thereby making it addictive as a habit to “veg” out. Kicking the habit seems to be hard for many people to do. For some reason, they are drawn to spend time and pay attention to the TV.

Television is a drug

In 1969, Herbert Krugman conducted experiments about human brainwaves and television:

“Krugman monitored a person through many trials and found that in less than one minute of television viewing, the person’s brainwaves switched from Beta waves — brainwaves associated with active, logical thought — to primarily Alpha waves. When the subject stopped watching television and began reading a magazine, the brainwaves reverted to Beta waves.”

We are in a lower mental state, less evaluative, less critical, less able to discern truth from falsity, reality from unreality. There are many ideas base don images we receive, that we would normally reject, or at least question, under normal conditions. Whereas with television this functionality is impaired. We are filled with both images of half truth and propaganda, but also images that distract and divert our attention from social realities of the world with banal, pointless, irrelevant, mind-numbing fodder and entertainment to keep us stimulated.

One thing to note however, is that CRT (cathode ray tube) television technology operated differently than current LCD technology. The efffect of light frequency transmission for alpha wave state increase may be different.

Here is a summary of some of Krugman’s conclusions:

The Truth About TV

Switching our attention constantly, seems addictive as well. We are drawn to short attention activity, checking our messages, notifications, looking for attention from somewhere.

Time and attention is also fractured in watching frame-breaking split second scenes and rapid temporal shifts in plots. Reality doesn’t operate this way, but technology has allowed imagery to be manipulated. Images are broken up, shifting from one to the other, requiring our attention to keep up with all the constant changes, leading us to develop attention deficits (ADD, ADHD) and a need for attention grabbing visual stimulus. Reality doesn’t match up, becomes too slow and boring.

“Augmented” and virtual realities (games) are more desirable as they provide a constant flux of stimulation and keep our attention occupied in small fragments of time. Games and TV both serve as an escape from the mundane slow boring reality we are conditioned to experience that way. They are our opiates, our soma from Brave New World to keep us entertained like a circus or gladiator matches, or it’s our anesthetic to keep us drooling as we watch hours and hours of garbage.

The imagery we get is a mix of real, unreal and semi-real events. We are left to judge and evaluate what reality is like based on a flood of images. The events can merge, with similar variables that make them all appear real and valid.

As real-life experience is increasingly replaced by the mediated ‘experience’ of television-viewing, it becomes easy for politicians and market-researchers of all sorts to rely on a base of mediated mass experience that can be evoked by appropriate triggers.

The TV ‘world’ becomes a self-fulfilling prophecy: the mass mind takes shape, its participants acting according to media-derived impulses and believing them to be their own personal volition arising out of their own desires and needs. In such a situation, whoever controls the screen controls the future, the past, and the present.
– (Nelson, The Perfect Machine, p. 82) 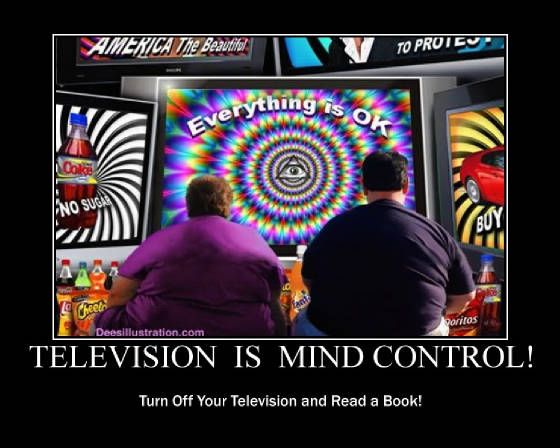