When Will the Tyranny and Corruption End? When We Choose to No Longer Support It 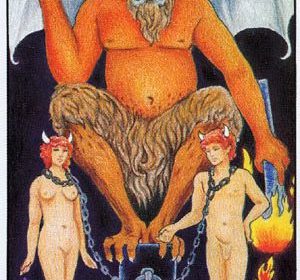 Is the coercive authoritarian government going away? Are the state gang thug cops going away? Will tyranny be removed?

Why? Most of us are afraid of living without the hand of guidance and the protection of our lives that is granted from authority. We support tyranny without being aware of it.

Most of us buy into the illusion of “good” and “order” that the imagery of government and police invoke within us through our social conditioning.

We love our protective father-mother-nanny caretaker for taking care of us in so many ways.

Without the government and police to protect us, we would have to find someone else to pay for protection, or — “god” forbid — have to develop the personal responsibility and self-governance to protect and guard ourselves and each other as communities of caring people who don’t tolerate immoral behavior.

Most of us can’t realize, actualize and individuate ourselves to such a higher potential of living and life.

Most of us are unrealized, unbegun, unawakened, unconscious and unaware of our potential; “dead” in the coffin or tomb of unconscious falser, lower, unrealer living. The current condition, and our personal attachment to who we are “in-the-now” is locking our imagination to see how things can change and how to better things towards right, correct and proper change by stopping to do wrong.

We are afraid of not being protected by others, we want someone to protect us, because we don’t stand up to protect ourselves.

We’re not living up to the personal responsibility to defend ourselves, and live for ourselves.

We’re abdicating our personal responsibility, to have other do what we should be willing to do ourselves.

Some people are willing to engage in that personal responsibility, but the confused and ignorant state of awareness in people through society, has people view personal responsibility and self-governance as a threat to the current condition, to the status quo. Those who want to be more self-governing, are a threat to the state which seeks to control and create co-dependence upon the state.

Some people are so afraid of having to be more responsible in their own lives, afraid to deal with the negative, wrong, chaos, evil and immorality themselves and with the help of others, that they want to keep centralized, authoritarian, corrupt, power structures in place to do it all for them.

They want to deny their own personal responsibility so much, that they demand others take that responsibility up for them through government and police.

Why should we protect ourselves, when someone else can?

Because that’s part of life.

How can you survive and defend yourself if you’re always depending on someone else, or some other group, to care about your situation and do something about it?

Why don’t we care to do something about it ourselves?

Because we are prevented from doing so.

In some countries, you can’t use a gun in your own home to defend yourself. They court will argue you could have done something else than shoot an intruder when you feared for your life. They were violating boundaries, but you’re not allowed to have weapons to defend yourself. Instead, you need to call a centralized authority to service protection for you. Canada is like this, in case you were thinking of the US alone. The UK is too I imagine, since you can’t even get a gun legally.

You’re not allowed to carry a knife in the street in case someone tries to harm you. That’s someone else’s job to protect you wherever you go.

See the problem? We are engineered into falser selves that abdicate our personal responsibility, and drive us into a state of learned helplessness where we don’t try to change things, to take action, because we are encouraged not to, and even threatened not to with the consequence of being locked in a cage for defending ourselves with weapons.

Only the centralized authoritarian gangster mafia that takes money from us through taxation to pay for their “protection” and “guardianship” are allowed to defend us from others. We aren’t allowed to do that for ourselves.

More and more this authoritarian corrupt ideology spreads in society. This is abdication of personal responsibility, and acquiescence, subservience and begging for others to do something in your life that you are prevented from doing yourself.

We might want to be more responsible about our own lives, to be more self-reliant and self-govern our lives and deal with problems ourselves… but we are being prevented from our potential to empower ourselves and live rightly. We are conditioned to think that the personal responsibility of self-defense and being eternally vigilant for our own lives and safety… is somehow wrong…

We are kept disempowered and disabled to deal with things ourselves. We adopt learned helplessness in various aspects of lives as a result. In turn, our inability to act has the current corrupted condition persist and pervade into the future under the protection of centralized authority and a police to enforce the status quo and current condition.

The government and police aren’t going away anytime soon.

The ultimate power to change our current way of living, is for us to understand how we keep ourselves locked into it. Seeing how we fool ourselves, and keep ourselves from first imaging how things can be to then secondly prevent us from even being able to change for the better.

Nothing is going to change in the right direction, unless people know what that direction is by seeing it in their mind’s eye. Fear of looking outside of the current model is what keeps people from engaging in their imagination to envision a better future.

Those who are attached to the current way of doing things, and benefit from it, will not want to honestly look at what they are doing as personal attachment has them favor themselves over an honest evaluation of the situation. They will continue to spread their word-magic imagery into your consciousness with clever rhetoric and justification for what they do.

Only knowledge and understanding of ourselves, how we fool ourselves, and how others can fool us through our lack of understanding ourselves and the importance of truth in life, is going to get us out of our mess, no matter what mess we find ourselves in!

Failure to understand a need to change, will never produce change. Those who deny the need for change or that their own actions are a problem, will need to be pressured with evidence from reality to get them to wake up from their unconscious unawakened attachment to themselves that blinds them from seeing others and the world in an honest light.

Government and police are here because people want them here. We can’t control ourselves, or say others can’t control themselves, so we want some group to control everybody to keep us all “safe” from each other…

If we want to live without these corrupted forces in our lives, we are going to need to understand why they aren’t needed, and how detrimental they are for our freedom… if we can grow and evolve consciousness to.

If we want real freedom, it comes with personal responsibility, not abdicating it.

If we want real freedom, it comes with eternal vigilance and the right to self-defense, not begging others to defend us in our lives because we are either 1) too afraid to do it, or 2) prevented from doing it.

Once people understand what real freedom requires, then maybe they will understand how they keep themselves in chains. 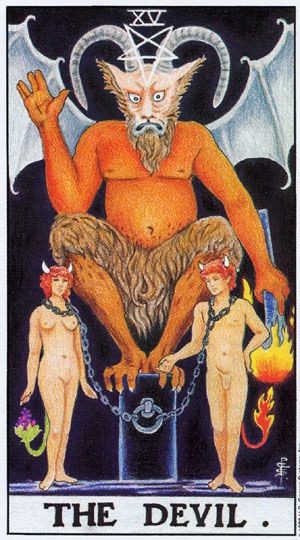 We create and keep ourselves locked in the chains of slavery, immorality, evil and chaos. The chains aren’t even tied onto us, they are loose, because we put the chains on ourselves, and we can get out of them if we want.

Once we grow up, educate ourselves, and see the potential we can live by, then we each need to actualize ourselves into a more moral being. As we all do this, then there won’t be an irrational “feeling” (from fear) of a need for others to protect us from ourselves.

If we want there to be no more external, coercive, authoritarian control over our lives, to no longer have government and police; then we ourselves each need to:

If we each become more moral and self-governing in our own lives and local areas together, then the perceived “need” for centralized authoritarian groups to control everyone will be gone, and they will fade away as a result of less and less people supporting that older and more flawed way of life. It’s up to each one of us no longer supporting the tyranny and corruption.