Tell-Lie-Vision – How Fake the “Real” News Is 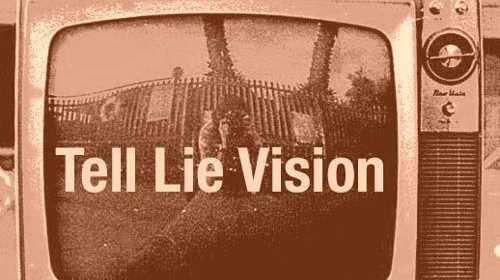 “I know the secret of making the average American believing anything I want them to. Just let me control television. You put something on the television and it becomes reality. If the world outside the TV set contradicts the images, people start trying to change the world to make it like the TV sets images.”
– Hal Becker 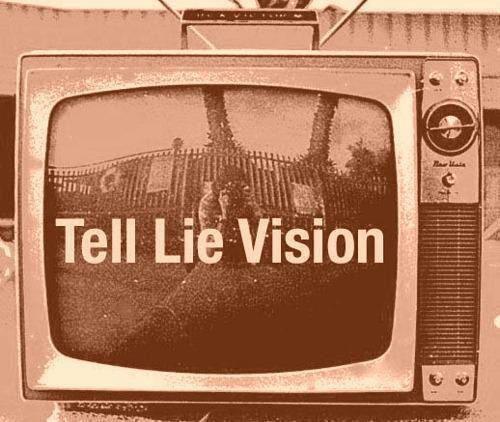 That is the science of imagery and the power of symbols invoked within our consciousness to influence our lives.

Reality is being created for us through the beliefs we have in what other people tell us and what we see. Ever argue with the someone, present new information, yet they reject it by falling back on their blind trust on the “news”? The news said it, therefore it’s “true”. 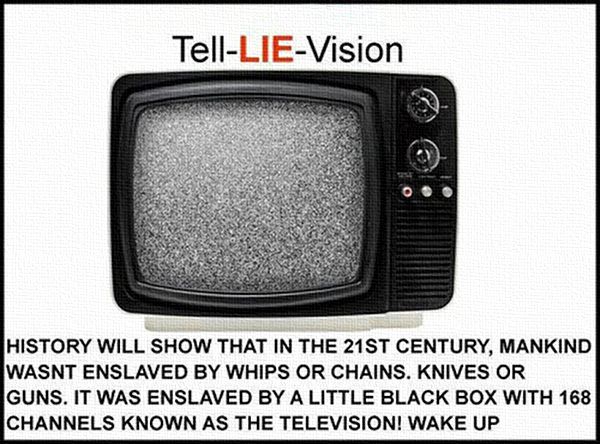 Not only can people lie to use to deceive us, but now technology is used to manipulate our trust in what they show us.

The news media of puppets and liars have previously been exposed with their green screen fake news, and this is in 2014!

The group of people who want to tout themselves as representatives of truth and “real news”, are in bed with the CIA, still mostly likely to this day. It’s offocial in the 50, 60, and 70s through a long running Operation Mockingbird to pay heads of major media companies to influence the minds of the public as propagandists and gatekeepers for the establishment. They manipulate data, twist and spin things to create narratives for people to accept about what is happening in reality.Here is Anderson Cooper with ties to the CIA:

Anderson Cooper Confronted On Being In The CIA

The intelligentsia work to promote a certain narrative, story or worldview for the masses to adopt as the way reality is.Here is a longer fake-news video from 2013:

And here is the video I shared from a previous fakenews post. It’s from the movie Network, and the media manipulation of consciousness:

Network – We’re In A Lot Of Trouble!

News reporters used to have pieces of paper to repeat the news, whether it was real or not. Earlier, they used to care about reporting the facts, and were the fact accountability arm of society to balance the tendency for lies, corruption and manipulation that comes from government.

The media was supposed to keep the government in check. But it doesn’t anymore. Now the media is another arm of the establishment and pushes the same agenda. They create a false opposition and false dichotomous relationships (CNN, Fox, NBC, etc.) to give an illusion of opposition and honesty, but it’s smoke and mirrors. 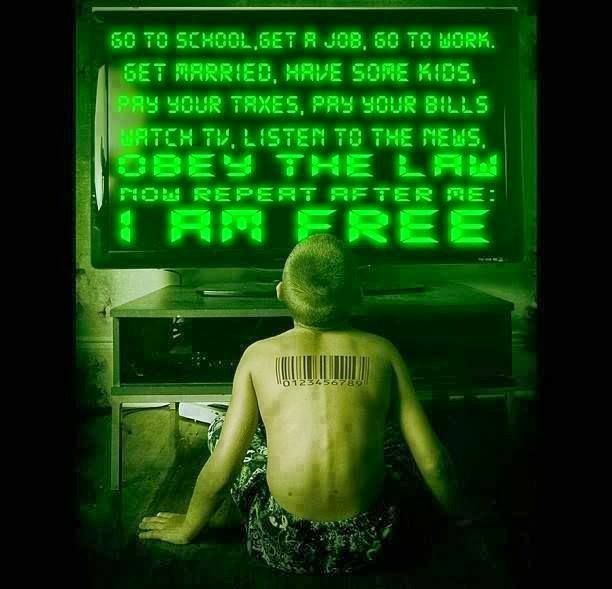 Now the anchors on the news, don’t research and check the news. They just repeat the stream of information that is fed to them. The read what the teleprompter says.

Most of it is useless, and doesn’t matter in your daily life. It serves as another distraction to keep our attention on, and prevents us from figuring out what is really going on: 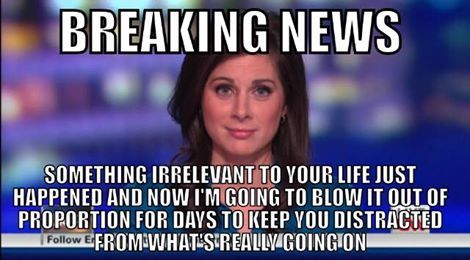 If it really that shocking to understand how we are manipulated into wars? Syria. Libya. Iraq. Afghanistan. And that’s just in the past decade or so. There was the 9/11 false flag disinfo to create a new Pearl Harbor and lead Americans into a new prosperous foreign policy abroad. WWII and WWI had false flag attacks to leads the US into war. Things aren’t as they appear, as James Corbett lays out here:

Faking It: How the Media Manipulates the World into War

Now, if you want to dig deeper, you can, like for instance, how the news lies and creates fake news about Isis and Syria. Isis is directly tied to the US and John McCain, and funded by the US for weapons and trucks at the very least. There is tons of evidence on the net to find.

You can get more into the fake news, with research into crisis actors related to the Boston bombings, Paris, Sandy Hook, Aurora, and many other shootings where things smell foul and don’t add up. Go check it out. The media is lying to you, and when you look close you can uncover how deceptive the whole show is. Oh, and by the way, New Haven, Connecticut (Sandy Hook town), is the HQ for the Church of Satan. Just to tie this into the pizzagate and satanism angle.

Our reality is being acted out, by actors, who fake emotion and events to create a false reality for us to imagine is real. We are watching movies, but aren’t told it’s a movie, so we think it’s “real” through our blind trust, loyalty and faith in the establishment.

Look at the movie Galaxy Quest, and how they think television shows are historical documents:

If we trust the source, then that source becomes reality for us.

The news casters, anchors and reporters, speak to us is soft tones, to make sure their message is received in a non threatening way. They manipulate our basic emotional aversion to being confronted or attacked, by not speaking harshly or using specific keywords that would “trigger” us. They can’t cover everyone’s triggers, but they tend to keep their message neutral and acceptable by the majority of people.

Here’s an analogy of how the news lull’s us into a comfortable cozy acceptance of their control over how we see reality, preventing us from being free, from Pink Floyd’s Mother:

Like an abuser who torments a victim then acts as it’s savior, the media instills fears like Zika, Ebola, H5N1, ISIS, and much else, to create a boogeyman to fear, then the other arm of the establishment acts as our mommy/daddy/nanny state caretakers to protect us under it’s wing. We can sing and dream of being free, but they won’t let us go.

Remember, only 6 corporations own most of the media in the USA: 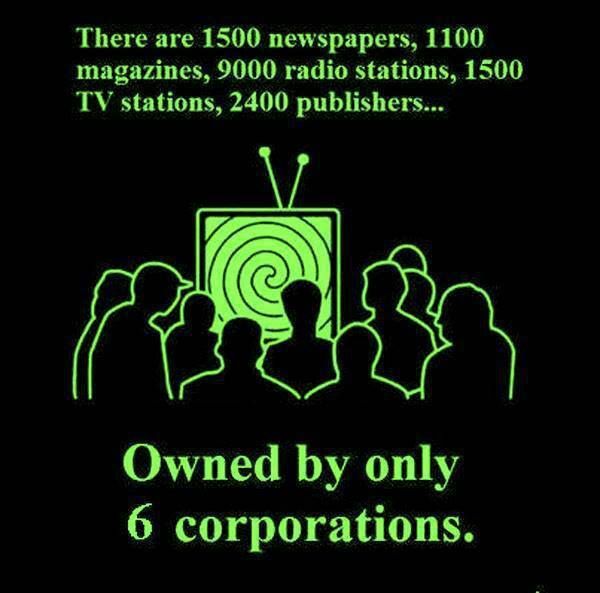 David Rockefeller once had something to say about this issue:

“We are grateful to the Washington Post, the New York Times, Time Magazine and other great publications whose directors have attended our meetings and respected their promises of discretion for almost 40 years……It would have been impossible for us to develop our plan for the world if we had been subjected to the lights of publicity during those years. But, the world is more sophisticated and prepared to march towards a world government. The supernational sovereignty of an intellectual elite and world bankers is surely preferable to the national autodetermination practiced in past centuries.” 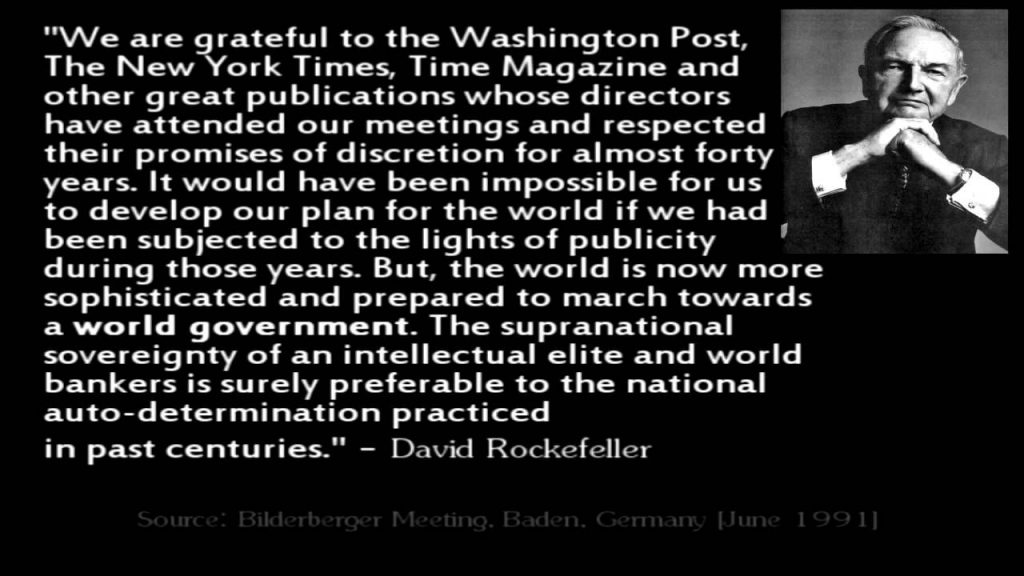 This was in the pre-Internet world where things like this could be said more liberally without much fear that many people would get a hold of what you said. Not as many people would know about what the elite controllers say, or the other info, if it weren’t for the Internet.

I think I’ll leave things there. Plenty to follow up on 😉