Thought Crimes on the Rise! Is it Right or Acceptable to be Coerced into Using or Not Using Certain Words?

The social justice movement is becoming more of a joke than anything serious, and it’s lunacy is seeking to coerce people into using specific words to refer to people. Having an unauthorized thought or speaking words can get you in trouble. The Canadian socialist government controllers, cowardly as they are, might reach new lows for society as they tend to play into ludicrous social justice issues.

At the bottom are video references on how society, politics and academia in Canada are heading towards restrictions of the use of words. It’s building up and keeps growing. 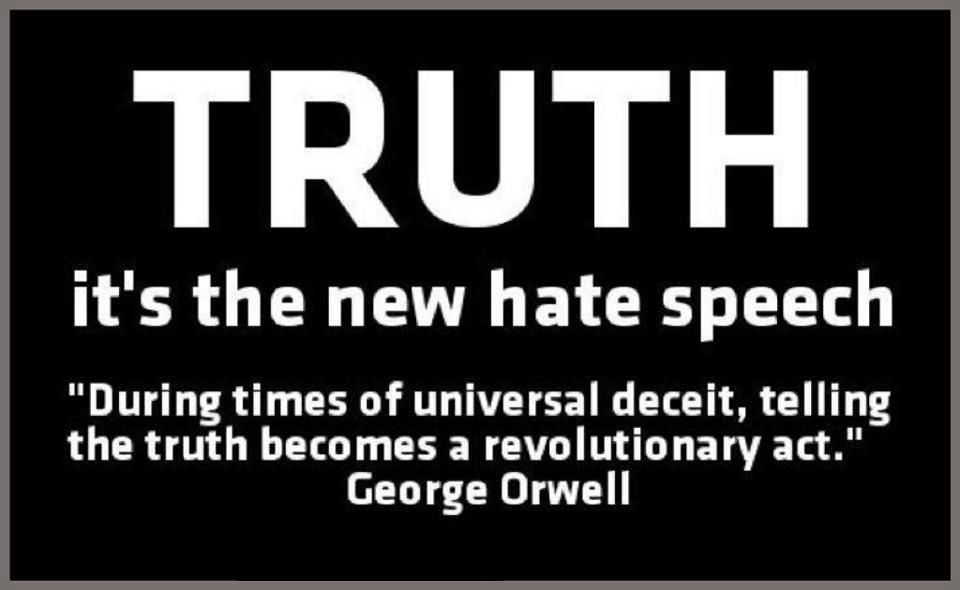 With the recent Mosque shooting in Quebec, a new motion is up for review in the Canadian government, called M-103. This was introduced by Liberal MP Iqra Khalid, and is referred to as an “anti-Islamophobia motion”.

People DO NOT understand the words they use.

Islamophobia. What is this?

Do people even know what a phobia is?

Take for example claustrophobia. Are smaller spaces going to hurt you just by being there? No. I recognize there are different degrees of closed spaces. I for one don’t have a problem with closed spaces, as along as I am able to move. Being constricted from moving, is not something pleasant and represents a lack of freedom and self-control. If I can’t move, then that’s a problem for me and my freedom to control my body.

What about arachnophobia? Is simply seeing a spider, or having one around, a reason to conclude your life is in imminent danger? Not really unless they are poisonous. But even then, do you need to go into a hysterical frenzy of jumping and yellow in fear?

What about a snake? A mouse? But some people are so irrationally in fear of some things, that simply seeing them or having them around (but in no way threatening them), will send them into a hysterical craze.

True, some things can harm you, and it’s not completely irrational to fear those things being around you as they can harm you. But going into a hysterical craze and yelling, jumping, screaming, or whatever else, is not a rational response. That’s why phobia’s are psychological issues, they are not rational.

Is a fear of people killing you irrational? It can be. But not if they have demonstrated a propensity to hate others based on their ideology and that leads many of them to kill others who don’t share that ideology. Enter Islam, Judaism, Christianity or any other ideology. Go on youtube and you can find videos of crazy religionists who hate others that don’t accept their lunacy. Some religionists talk vile hatred, and some of them act it out in reality to hurt others. Being cautious and not wanting to be around people who share that crazed ideology, is something rational to do.

Does it make sense to make it illegal to have irrational fears of something, like claustrophobia or arachnophobia?

Then why would it make sense to make it illegal to have rational fears of something and having the free speech to talk about that danger?

Calling someone x-phobic has become a clever manipulative tactic to silent opposition to some issue. Just as has been done with other terms like sexist, racist and anti-Semite. These words are more used as emotional trigger to invoke a rejection of what someone is saying based on them being categorized through those labels. People shut off their critical thinking by taking in an emotionally charged label.

Someone isn’t being listened to when others accept dismissive labels like anti-Semite, sexist, racist or x-phobic. Talk about an issue, and someone ignores what you’re saying and tries to straw man and pigeon hole the argument into a false representation of someone’s identity. You’re argument is invalid because you hate women, men, “Jews”, “blacks”, “whites”, gays, etc. Then, no one has to listen to you! Amazing! Like magic!

Canada is already a “hate-speech” crazed country, where you already can’t question certain things like the WWII Holocaust, or else you’re automatically a “Holocaust denier” and you better get ready for jail. Free speech? Nope. M-103 is another attempt to further restrict free speech by turning certain words into hate-speech. This is akin to Orwell’s 1984 thought-crime. You can’t think and express thoughts freely anymore.

The authoritarian state in 1984 is also represented as a boot stepping on a human face, shoving the individual down into oppressive conformity with the collective.

The transgender issue is heating up as well in relation to this. Crazy social justice loons think they can coerce people into using certain words to refer to them, and if you don’t call them the way they want you to call them, they want to charge you with a “thought crime”, “abuse” and other accusations of wrong-doing because you don’t use the word they want to force you to use.

The future is looking more unstable as people can’t even understand the words they use. There are legitimate social justice issues to deal with. But trying to create idiotic “laws” to coerce people into — or prevent people from — using certain words, is bat-shit fucking retarded.

Words have specific meaning to reference something reality. People who don’t understand the purpose of language or how words are created to reflect something, think they can alter the landscape of meaning all on their own through a self-deluded quest for “social justice”.

If a created word is useful it will be picked up by people and used without much issue since it helps them reference something they want to talk about. If a word perverts an understanding of reality and misrepresents something, then in general people are going to have issues with this if they are thinking about what is going on. Inventing a new word doesn’t have much of an issue, but using an existing word and changing its meaning will create confusion and be rejected by many who are independent and critical thinkers who see the manipulation going on.

Gender is not a “social construct”, but a reference to the reality of two sexes in species. If you want to create a new word to represent something new in reality, ok. But you can’t just go and rewrite a definition contrary to reality in an attempt to justify your subjective self-determined identification. And worse yet is the deluded attempt to create “laws” to coerce people so that they MUST use a word or else face the threat of violence from the authoritarian state. 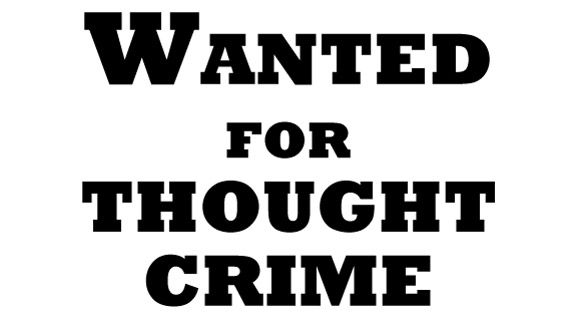 Even without the threat of the state coercive apparatus, there is the social engineering alone that can pressure others to abandon reason and fall in line with the “political correctness” thought-police, or else face ostracism and physical attacks at the hands of these confused people. Yet, deluded leftists fail to see how they are being violent and claim those who don’t use specific words to refer to some people are being “abusive” or “violent”. This is insanity. Humanity is going downhill on multiple fronts.

Learn about hormones, chemicals, and congenital alternations that are making frogs feminine, starting to lay eggs, and other species morphing into the opposite sex. That’s a causal reality for why humanity is being altered at an epigenetic level to change our genetic instructions and the resulting construct that we become. Humanity is being altered and most don’t even see it! This does tie into depopulation agendas.

Post-modernism in academia and society is perverting an accurate understanding of reality, where subjective delusions are trying to rule over objective reality. Don’t let the authoritarian academia or state tell you what words you can or can’t use. They are trying to restrict thought with hate-speech “laws” (thought crimes) and coerce people into conformity with standardized norms of acceptability (political correctness). 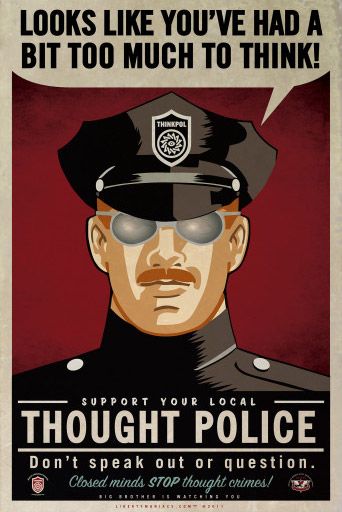 Do you think it’s acceptable or right to allow the government to tell you what words you can or can’t use?

Then don’t let a mob of confused and angry people who don’t understand language and definition tell you what words you can or can’t use. But please also understand the meaning of words yourself 😉

We are being led more and more away from rational thinking by the myopic polarized notions of emotional mind control to view emotions as the sole guide for what is right or wrong. If something “feels-bad” or takes you away from your subjective “feel-good” state, then it’s bad! People are turning into emotional wimps and cowards yet think they are highly “emotionally intelligent”. Emotion and intelligence don’t go together when intelligence is dropped.