Is the West ‘Dying’ from Lower Fertility Due to ‘Intelligence’?

Modern societies are built on flawed axioms for how to live. They require increasing populations to sustain welfare, social security and old age pensions. If a population doesn’t have ~2.1 children on average, then it begins to fall into population decline. Fertility matters to centralized authority planners in order to keep their economy propped up and growing. 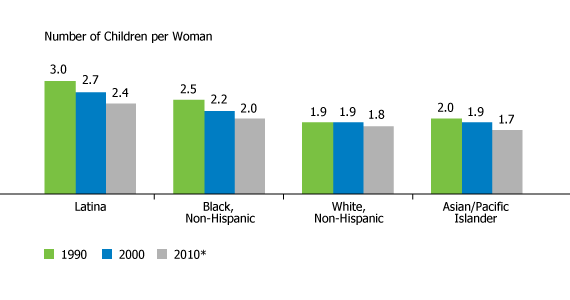 To keep going, continuous expansion and growth would be required. This is unsustainable and unrealistic. It’s time for humanity to wake up. At some point, we will need to observe our situation objectively, and stop the short-sighted deluded path we are on.

More “intelligent” people tend to have less children than less intelligent people, in general (not that it means they have an accurate perspective on their own society’s way of life to see where things are going, or what is flawed, wrong, etc.).

“Intelligence” can be viewed as a general ability to adapt behavior given changes in our surroundings. We recognize reality, and don’t deny it. That doesn’t mean we have to accept is as required, or “good”, “ordered”, “just”, etc. Things can change.

As people are able survive better, they focus less on survival of just making it through the day, week, etc. Having a great number of children is not required to toil the land, or other demanding work for the family to succeed. “Intelligence” can come up with massive farming to feed more people, and more people can pursue other avenues of economic survivability.

“Intelligence” is also a general measurement related to one’s competence and ability to utilize some innate capacity of consciousness.

The “intelligence” with respect to reproduction rates (as I see it) relates to increased quality and standards of material living that promote easier survival, which allows greater time and attention towards other potential areas like thinking, learning, logic, creativity, etc. People are able to expand their awareness to other areas, but not necessarily areas that matter most to improving the quality and condition of our moral lives beyond not having to worry so much about survival.

We are still not raised in many areas of self-knowledge in our society, and we form false perceptions of how things actually work. The areas people expand their time and attention towards in so-called “intelligent” societies tends towards entertainment, having fun, and pursuing the “feel-good” pleasure trap.

What tends to happen when you don’t have to focus on survival as much, is you just want to “enjoy life”, be gratified with positive physical, physiological or emotional stimulus, and not have to worry so much about other problems going on that you don’t think concern you. We then end up in geographical zones of comfort (either locally in our house, our communities, or countries), and pay less attention to other issues that have less impact on our lives and therefore don’t affect us personally for us to get involved in.

Having more children helps increase the rate of survival of your own family to help each other survive, and the ability for them to take care of you in your old age. That is how things used to work in general for long period in humanity, while mostly not happening anymore. This is still in operation in some cultures as a general way of doing things.

Given this is no longer how we live, and the progression of shrinking population, who will work to get taxed to pay for the larger quantity of older people who depend on pensions to survive? We don’t have socially integrated models of care within our own families like other cultures have maintained. Some take care of each other into old age.

Our social model is broken. It requires continuous expansion, “progress”, growth, in order to sustain itself.

If population reduces, then immigration is required to sustain that unsustainable illusory growth. That’s the cry of politicians and the misplaced call for false “unity” that captures people’s emotions, that then spreads as false “unions” like the European Union, and the planned African, Asian and North-American Unions.

This is why the West has very pro immigration policies, like in Europe these past few years. It’s forced orchestrated multiculturalism that has a specific nefarious agenda for greater control through weakening cultural identity and valid nationalism that keeps globalist centralized power at bay.

Leaders are focused on economic expansion, growth, “progress”, in order to maintain or enlarge their global economic positioning, influence and power. Changing our way of life for the better is not on their agenda. They seek to maintain their economic positioning and sustenance of the current condition, not to change it and correct the false course we are on.

The best they seem to come up with in the past decade are attempts to centralize power into this false “unions” that play on our desire to connect and unite. But we are fools, being fooled into more foolish behavior. Immigration is used to disintegrate the identify of nations into hodgepodge amalgamations of all nationalities and ethnicities, so that previous culture and identity can be broken and absorbed into a globalist centralized one world order. This is what the EU, NAU and others are incrementally created for.

The best they can do to have us “change”, is to tax us for living falsely while they don’t actually educate us on the problem. Bring a carbon tax, with missing information on the problem that attempt to justify fleecing the populace of their wealth. We’re not actually learning about the whole issue, and only being presented with one part of our problem: CO2. There is pollution, toxins, waste and chemicals that serve our own self-destruction. Taxing people while keeping them ignorant of a more accurate comprehension of our collective problems on this planet, is not a solution at all.

Economic growth for a country is pushed as one of the most important things in all political campaigns. Yet all that promotes is more of the same current condition, where we keep poisoning ourselves.

As less people are born in western countries, the birthrate declines, and the future generations that are to be taxed for the older generations, is reduced, and cannot keep up with the demands of the previous generation.

Growth, “progress”, expansion, is always on the agenda. Yet, people don’t understand how infinite growth and expansion is unrealistic and unsustainable. We just keep consuming and exploiting the resources around us.. until they disappear. It’s just a pipe dream sold to people so that the current condition can keep going until it can’t anymore, while they concentrate the power and wealth into fewer hands through financial schemes, engineered economic bubbles, and taxation.

Few are seeing the current and long term issues with our current way of life, and few are able to speak against what is happening in the world as a result.

To prove my point, here is what Louis Bélanger, a spokesman for the Canadian Minister of International Development Marie-Claude Bibeau, said about immigration in response to Trumps freeze:

“Immigration continues to play a key role in contributing to Canada’s well-being, to our economic prosperity, and to our success as a nation. We are confident with our programs and will continue to ensure that our immigration system balances compassion, efficiency and economic opportunity for all, while protecting the health, safety and security of Canadians.”

Many people are infatuated with the idea of unity that they clamor around the false “unity” of the globalist one world centralized government agenda. The dying of their race and culture is accepted with engineered cultural Marxism taking place all around western societies in an effort to erode individual identity and adopting a globalist perspective and authority over our lives, and promote economic success, growth progress, etc.

You can go online and look at how this ties into the European immigration in the past years, the rise in terrorist attacks in countries that have accepted incompatible cultures into the existing culture, and how many Islamic extremists are claiming parts of Europe as their own with plans to outbreed the native European people out of existence. You can listen to them say it themselves. I’m not making it up.

The occidental civilization is facing a crisis right now on multiple fronts with the low fertility rates that drive so-called “leaders” to actively promote and encourage immigration for economic success. Just look at the disaster of Germany. ‘White’ people are now a minority in many areas on London, with many fleeing their neighborhoods because they feel like strangers in their own land. A major displacement is being orchestrated, and people don’t want to see what is being done.

These issues are not being looked at by people because they by into the false narrative given by the media and politicians, as well as for the fear of being politically incorrect and seen as a “supremacist” or “nationalist”. This invokes imagery of “racism” from others when people speak up for caring about the survival of their own race and culture amidst an engineered agenda to rewrite the ethnic, racial and cultural landscape on the planet through Fabian socialist globalization.

This is all information I have previously amassed, so I don’t have ‘sources’. It’s all out there for you to find if you want to understand the issue more.

Also, the Western “leaders” are attacking, invading and going to war with Middle Eastern countries to engage in regime change to get control of the region as part of the globalist agenda. They murder innocent people as part of their geopolitical chess game. People then flee their homelands that are being attacked and bombed by the West, and also funding radical extremists who murder their own people. The wave of refugees than ran across Europe in the past few years is all a result of this. Yet people don’t see the causal reality of how this came about, or why. They just keep following their masters like gullible “sheep”.

The West attack people, gets them to flee as refugees, then promotes them coming to their country through immigration. This is all engineered.

The West wouldn’t be dying if this wasn’t happening. There is so much focus on economic expansion and unsustainable growth in order to sustain and maintain the current condition and way of life we are accustomed to. Getting people to face up to the reality of where we are, and what the result will be on our current course, is not something people want to do on their own, and it’s certainly not something the media or government are honestly talking about.