Some Complexities about the Word “Natural”

As with many words, the word “natural” has nuances in how we use it to reference aspects of reality.

Our innate capacity to collect materials, and use them without transmutation, is a basic form of natural behavior. We (human animals) evolved the capacity to alter chemical compositions at will through technological developments that are built further away from the basic level in nature (of simply collecting things to build basic survival habitats). 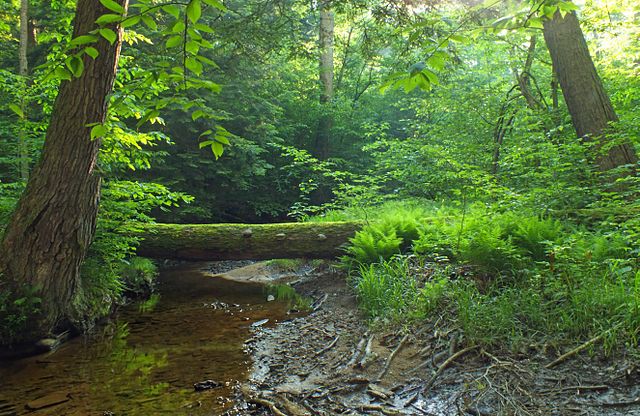 source
Using fire is the start of the change from that basic “natural” world. This lead to the smelting of solid metals, and then technology and bioengineering, etc. There are serious dangers if the responsibility to understand the consequence to our actions is not in awareness. People are weary of trusting the untested consequences to the manipulation of our food, creating chemicals that aren’t naturally found in nature, or in the quantity and concentration we make them.

Human animals are part of nature, but we diverge in many respects from the basic norm of the “natural” world. “Natural” in a broad sense often means unadulterated by human modification.

We diverge greatly from a basic natural capacity to collect from our environment and make minor modifications, to the great power of consciousness that can create things to alter and modify our reality to a greater degree.

Nuclear bombs, bioweapons, bioengineering, technologies, war… there is a long list of dangerous things we can do with the power we have to tamper and create. These things are not naturally there though are they? Just because we do actions in the world, doesn’t mean that all our actions are simple “natural”. There are specific meanings to the word “natural” when we use it to reference something about reality.

When a bird creates a simple nest from collecting material, the material didn’t really change, it just aggregated. That is a simple power to create from consciousness in another animal. Human animals have much greater power to alter, affect, change, shape, mold and create into reality. When we create things, the degree and magnitude of divergence from the base norm “natural” is much greater than other animals. We create much more that is unnatural in that sense.

Organic products can have bad man made chemicals in them. It’s a gimmick to just apply the label “natural” to things. “Natural” things can also have bad chemicals in them. People are indeed being deceived. Knowing the product ingredients, and seeing nothing was added except for what is known 100% to be safe without any problems in any doses,is something wise to do.

Why buy something with ingredients we don’t know are safe? There is too much blind trust, faith, loyalty and belief in what we go to buy and consume, both as food and mental data to consume.

This is the base norm of nature being followed more than not, as we are not tampering too create new compounds, as a new product, etc. Compared to scientifically man-made chemicals that diverge from the base norm “natural”, then it’s more risky when it’s not even a product of nature itself, but an extracted component that we artificially created, or extracted from something else to put in another food (and it might have a weird name).

If we knew with more certainty what was being added, for what reason, then there would be less customers ignorantly purchasing and consuming things that were not beneficial to them. Also, to understand that things shouldn’t be added to food (nor people allow themselves to purchase it) without extensive testing to determine if a new man-made creation is actually beneficial or harmful.

The word “natural” certainly is being used to influence and manipulate our behavior. We have a tendency to appeal to nature to justify things, the naturalistic fallacy, and that can blind us to a more honest evaluation of reality and what to do. Just because something is “natural”, doesn’t mean it’s automatically better, etc.

Similarly, this doesn’t mean some natural things aren’t better. Living in a more natural environment, with less human modification, is healthier for the mind and body. Less stress of the chaotic human world, with cleaner air and less pollution. The appeal to nature is certainly understandable 🙂