Is Force the Same as Violence?

There is obfuscation and confusion perpetuating society regarding what force means and how that differs from violence. This confusion leads to an inhibition and pacification of the self-defense principle to stand up and defend oneself or others in accordance with Moral Truth/Law and Justice.

Yes, force is used in violence, but there is a difference.

The difference is one is violent, against someone’s volition, making it a violation. Force in itself is not violent. It’s just a force that creates a change in position, state, etc. This is how the universe exists. Without force, there is nothing. There are forces at work everywhere. None of them are violent. They are not agents capable of creating evil, immorality or violence through force. Force is how we move our bodies, how we get any work done, etc.

Note the root of violence and violation, viol. Viole is rape in French.

When we use force against another who is violating (i.e. violence) another being’s volition and rights, we are not being violent; we are correcting a violent act against Moral Law, with the use of force. We are indeed “exertion against something that resists”, the one who is violating may indeed resist being stopped, and this may also result in “damaging” effects. But we are not violating the violence (evil) with violence, we are stopping the violence with force.

It does matter who initiates the first act which they did not have a right to take. They are the initiators of the violence, the undue use of force, violating someone else’s free will and volition to not be harmed. The “Sacred Feminine” nonviolent nonaggression principle is being crushed, destroyed and broken, and the “Sacred Masculine” force to stand up, act and defend the innocent needs to step in to set right-action into manifestation and enact justice in the world. When someone violates someone else’s rights, they lose their own rights. If you choose to violate someone’s Natural Law rights, you are giving up your own rights under Natural Law. 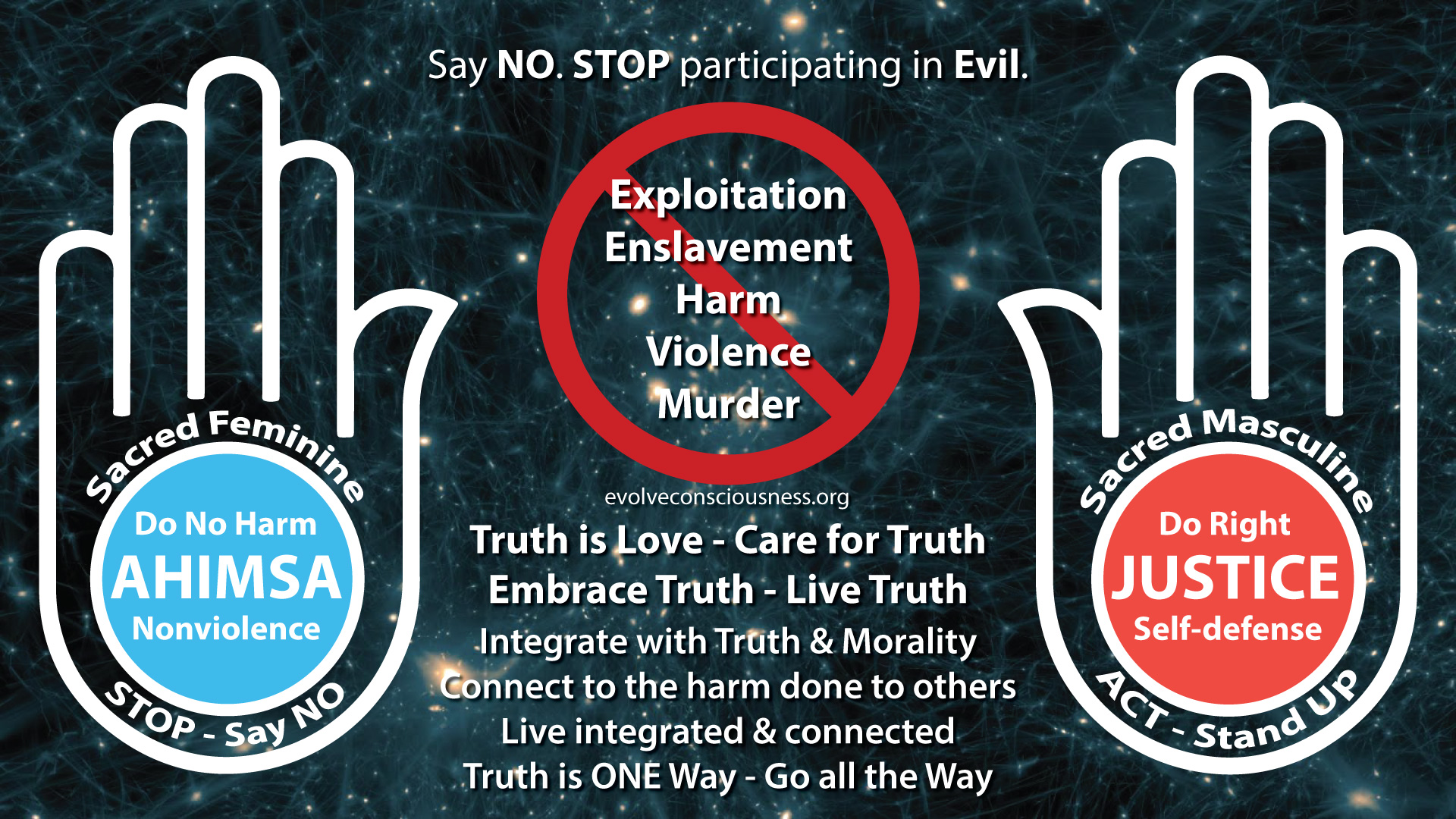 “Sorcerers”, dominators and controllers don’t want people to step up and physically defend themselves or others against being violated. They want to dominate the “Sacred Feminine” of nonviolence, nonaggression and peace, while also pacifying the “Sacred Masculine” of self-defense and justice.

We have state sanctioned gangster thugs (police) using violence against those who exercise their right to free speech. This is the case at the G-8 and G 20 summit protests. There are people who protest the political scheming of the power structures in the world, and they are harassed, pepper sprayed, tasered or beaten for exercising the force of their voice and speaking information that other people should know about

So… people or groups end up with imaginary rights that no one possesses. Such as stealing through taxation, with violence and coercion that gets used, due to noncompliance with taxation, or other dictates of unnecessary “laws” that are not followed. And it’s all sanctioned by us through tacit acceptance into indentured servitude to being obedient to the centralized authoritarian state.

Proper education is key to prevent people from even desiring to violate Moral Law. Not the fear and desire to control everyone by having institutions of coercive control to save us from our own ignorance.

Violence violates the volition of another, not based in Moral Law: to take an action one doesn’t have the right to take because they are violating the life and freedom of another being.