Do what we say or millions will die!

A message from our humble  leaders:

“We have some troubling news to give you. We are faced with a  threat none of us have faced in our lives. But if we stand united, we will overcome this adversity and emerge stronger than before in our commitment to  preserving freedom, life and happiness.”

Leaders everywhere go on to describe how a threat, X, is bearing upon humanity. Experts have weighed in with their white coats, and they are giving testimony as to the credibility and certainty of the threat. If nothing is done, the consequences will be dire. Fear is gripping the minds of the masses and the media makes sure the people believe the threat is very real and very big.

But rest assured, the leaders and the experts have a solution. You must do what they say, and everything will be ok. The sooner we do that they say, the less bad it will be. Millions of lives will be lost if we don’t do what they say. You must do it. You must accept the loss of your rights and freedoms if we are to overcome these tragic times. It’s only temporary though, all will return to normal after the threat has passed.

Over the next few days, leaders give out new orders, commands and dictates for all people to follow. These are new “safety measures”, rules, new “laws”, that everyone must obey. If not, the noble protectorate guardians (hired thugs a.k.a. police) will have to come around and take you away in restraints for the good of society. We need unity (obedience) in these fearful times. Don’t set a bad example for your fellow citizens. Those who disobey are a threat to us all. They must fall in line or be removed so that everyone else can be safe.

Some lives are lost, but it’s the same amount of lives lost as last year or the year before from similar problems in society. It’s not a huge threat as the experts made it out to be. The only difference was no threat was declared, where leaders declared emergency powers to strip the rights and freedoms from the population.

Other experts begin to question the state-approved experts that appear in the media, but they are ignored. Their testimony is not as important, and is even deemed to be false information by the Ministry of Truth and their fact-checkers.

Leaders then come back to give more messages to the people:

“My great people, I am so proud to  serve you. You have shown great  strength and compassion for each other. Thanks to all of you  brave people, we have avoided great suffering. Thanks to your  compliance with my  policies, millions of lives have been saved. Some of you have doubted and disregarded our  wisdom. But luckily the majority have not. And the millions of lives saved are proof of the correctness of what we asked you to do. These measures have saved the lives of millions.”

“It’s heartwarming to know that when faced with such a great threat to our world, we can count on you the people to listen to us, the  experts, and do what we  ask. We are  united, and will overcome all future  threats together as we have recently. As such, some of the new  safety measures we have put in place will remain as a precaution to ensure we are not taken by surprise ever again. I know I can count on you to stand  united once again as we ensure the  safety of all and keep everyone alive.”

i.e. Do what we say, or millions will die. See, you did what we told you to do, and millions didn’t die. If you didn’t do what we said, millions would have been dead. This proves we were right all along, and that we saved you all from dying. You need to keep listening to us and doing what we tell you to do.

This is what ancient priests did.

“The sun is being devoured by a giant sky serpent. It is a sign of the end of the world. Only I can save you. You must obey me. I will defeat the serpent if you pledge loyalty to me.” 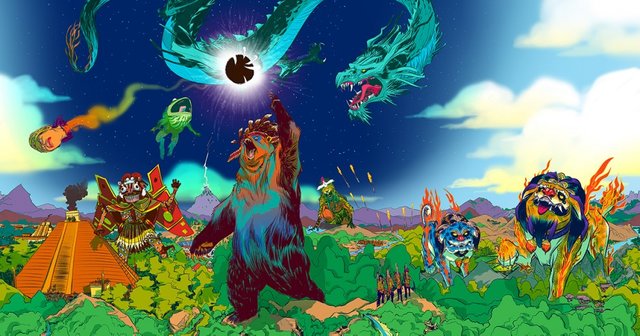 The priest does a little ritual and the eclipse passes with the sun returning to shine bright. The people are safe once again and rejoice.