Authority Levels Can Shift, But Individuals Are Always Subjugated 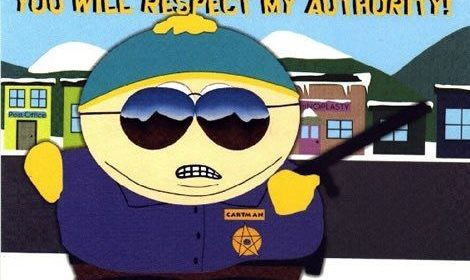 Follow with me if you’re aware that there are various authority levels that nest into each other like a Russian Doll, from international to local levels. 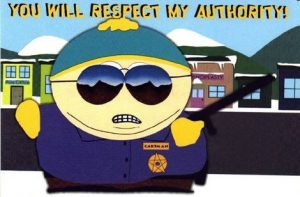 The EU nations can leave the European Union without moving location if the majority of people decide in a vote, while we as individuals can’t just leave the impositions of an external authority without moving. And if we do move, it’s to another possibly less authoritative governance model.

But why can’t we just secede from our membership to various types of groups? If the countries can leave the EU without moving location, why can’t we leave the countries we live in without moving? Some people try to do so through the sovereignty movement where they give notice of no longer wanting the services and annul their relationship to the corporate name as certified by the birth certificates for convoluted commercial law ownership.

If you think it’s OK for a nation to leave the EU, then you can also think it’s OK for an individual to leave any larger grouping order authority. The group is formed on the basis of mutual agreements, but that can change when instead of agreement between members it turns to a democratic consensus or centralized authority where someone’s reasonable rejection of something is being forced upon them.

In the case of the EU, a nation leaves if people in the nation want it. In the case of a Canadian province, Quebec can leave if people in the province want it. In a community, a family can leave. In a house, a person can leave. So it seems we can leave each parent grouping order. But while geographical groups can leave larger geographical groups of authority without moving location, we as individuals can’t leave the authority of higher groups without moving location.

Has anyone else uncovered this grouping-order movement? Individuals are more limited than the larger geographical-groups by not being able to leave those higher groups without moving location. What do you think about this analysis?

We as individuals are able to break out of any level of imposed external authority at least internally, but we can’t do it externally alone because we are one person among many and require the numbers of a group of people united as a force of change in order to do it!

Change can start with one person who recognizing a freer and better moral way apart from the externally imposed control of authority, but it takes a whole lot more to make it take root as the new current model for living/life. Changing things for the better can take a long time.

Does change need to be this way? I think so, as no man is an island to change what they want as they see fit since we live with others. But we don’t need larger and larger groups of authority to impose on the smaller groups. Anarchy is about that ideal optimal goal where each person understands how to live morally and organize into local collectives that branch out and interconnect with others as required. The internet and blockchain technology will facilitate that if people choose to.

I think it’s the “natural” progression of humanity to evolve, actualize and realize more moral living as we learn from our mistakes, or don’t and keep limiting our potential for greater freedom, peace and abundance. When will external authority be gone? When we choose to evolve ourselves to act in ways that respect and treat each other right/morally, whereby there is no one demanding for external authority (or supporting it out of fear), then externally imposed authority will fade away and we will get to have freedom from authority. How long that takes is up to each of us.