The beating drum of economic theory claims we are primarily motivated by self-interest, and that’s what to expect from people in life. If that is true, why do we also enjoy performing acts of generosity/giving/sharing that don’t provide us with any return for what we put out? 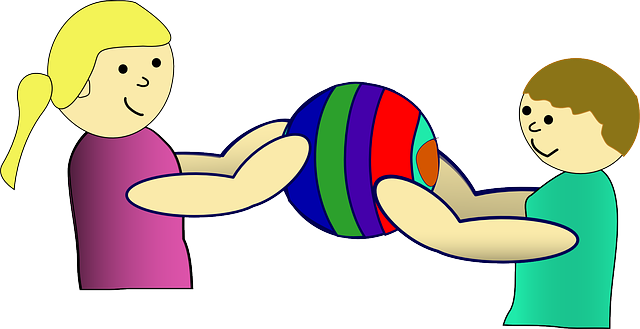 If our main motivation was to focus on the pure gains we can receive by giving anything, then we wouldn’t even be enjoying giving things to others without receiving anything in return. Sometimes our altruistic acts can cost us ourselves, yet we still do it. The reality of human behavior contradicts the hardheaded absolutist claims by many that we are purely selfish creatures.

As I see it, sharing enhances relational bonds between psychological beings and enhances the harmony of coexistence thus bring us into a positive emotional state where we feel good about what we are doing, such as being happy. A feedback loop develops between our act of sharing and the generation of that happiness within us. This promotes us to continue to share more.

In studies and observations about sharing, psychologists see that people like to give more than they like to have. This has also been recently demonstrated in a recent study of preschool children published in Frontiers in Psychology.

Since sharing provides positive psychological moods and emotions,Dr. Zhen Wu and colleagues examined the question of whether these emotional benefits are still generated if the sharing is not voluntary but instead an obligation dictated by social norms.

Children between the ages of 3 and 5 in China were happier when they shared rewards they received instead of keeping them all for themselves. This is when it was voluntary, but when social norms demand sharing the happiness does not follow. This was shown through two groups of 51 three-year-olds and 88 six-year- olds — one group shared voluntarily and the others through social pressure.

Wu says “We can’t expect young children to share under pressure and be happy about it.”

I would add we can’t really expect anyone who is pressured to share to actually be happy about it, not only children.

Being pressured or coerced to share does produce more sharing than when it is voluntary, but it comes at the price of not being authentically happy about it. The desire to share is not coming from you, you are being inducted and influenced with social and peer pressure.

Giving away things because we want to is what makes us happy. The motivation needs to be intrinsic from within ourselves, and not extrinsic as an expectation or demand.

Wu notes that it’s difficult to eliminate the possibility of feeling pressure to give even when told there is no obligation to do so. One can be convinced they need to in order to fit in despite being told otherwise.

I also see the other possibility of giving in order to gain favor with others, rather than to do so simply because we want to or because it’s a social expectation to do so.

I’m also reminded of Christmas time (or birthdays, Valentines, etc.), where people are so conditioned into getting gifts for people because the day demands it in social norms. Many people also feel they must give gifts or else they will be looked down upon in their social relations, be it family or friends.