Why Do Some People Bully Others and Enjoy Creating Misery and Suffering? 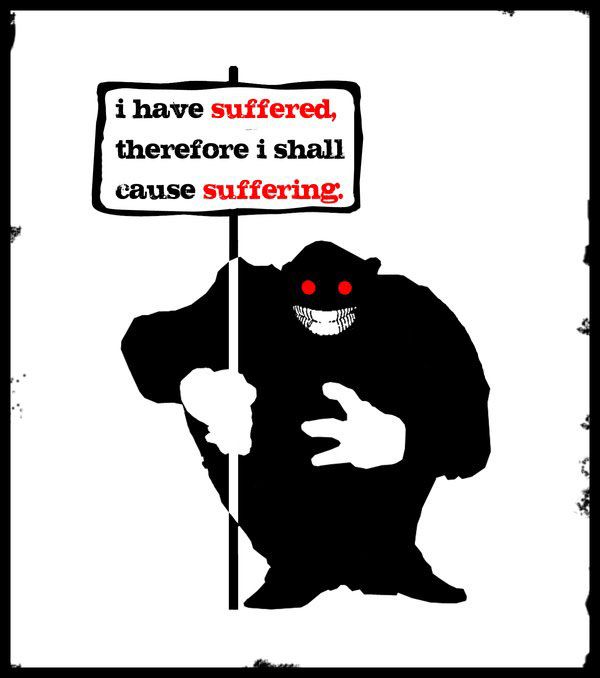 It comes down to a lack of respect for others, and for themselves ultimately, where they lack the ability to look at themselves in the mirror and see what they are doing so. They lack self-respect, to look at themselves honestly. For some reason, they don’t care about their intentionally malicious and hurtful actions towards others.

They validate, justify, excuse and rationalize that what they are doing is “right”. This abusive or malicious behavior is all about them and issues they have in their lives that they are taking it out on others for some reason, and it makes them feel good.

Sadly, some people have underlying issues in themselves, in their lives, in their psyche, and want to project their aggression and feelings of inadequacy out onto other people. They also seem to enjoy doing. It makes them “feel-good”.

They are so confused internally, that abusing, bullying, harassing, trolling or being malicious to other people is “fun” for them. They enjoy spending their time and energy to purposefully make things up and try to take people down to their miserable level.

Instead of spending time, energy and effort looking at themselves in the mirror, they take their time, energy and effort to purposely try to put people down, make fun of them, insult them, call them names, and they enjoy it. It feeds their negative ego-“I”-self construct. They don’t want to deal with their own internal issues and be a more positive ego-“I”-self. They often don’t even see and recognize these deep issues within themselves. They also often don’t want to see, they don’t want to look. They are in denial about themselves. They lack the ability to look at themselves honestly, they lack self-respect. 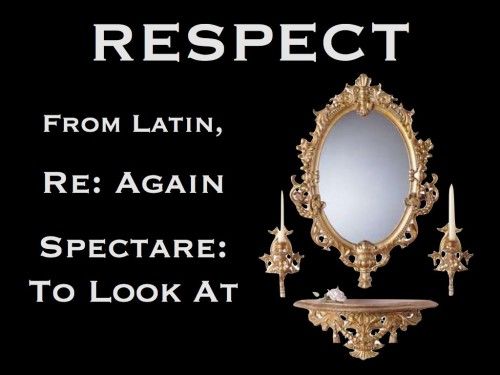 Re: again
Spectare: look at

Respect means to look at again. Self-respect is to look at yourself again and again, deeply, within yourself, your consciousness, psyche, etc. This is not about literally looking into a mirror. This is symbolism, analogy and metaphor (which most of my work/posts deal with). Look beneath the facade of who you pretend to be to others, the fake duplicitous projection you hide behind, and see who you really are by your actions across the board. Take a hard look at yourself, the real you inside, and heal yourself with with self-respect.

Then you can start to respect others after you deal with your own internal mess. Find that issue that has you engaging in these actions, find the root causal factor. It usually comes back to a lack of self-care and self-“love”. If you deny there is even such a thing as a range of emotions characterized by words like care or “love”, then you are stuck in denial and will never heal. Learn to have more respect and responsibility for yourself and your actions. This requires care, courage and will-power to honestly face the mirror.

Stop subconsciously seeing yourself as a victim that needs to lash out at others who did nothing to you. This is creating a cycle of abuse and victimhood to justify and excuse your actions towards others. 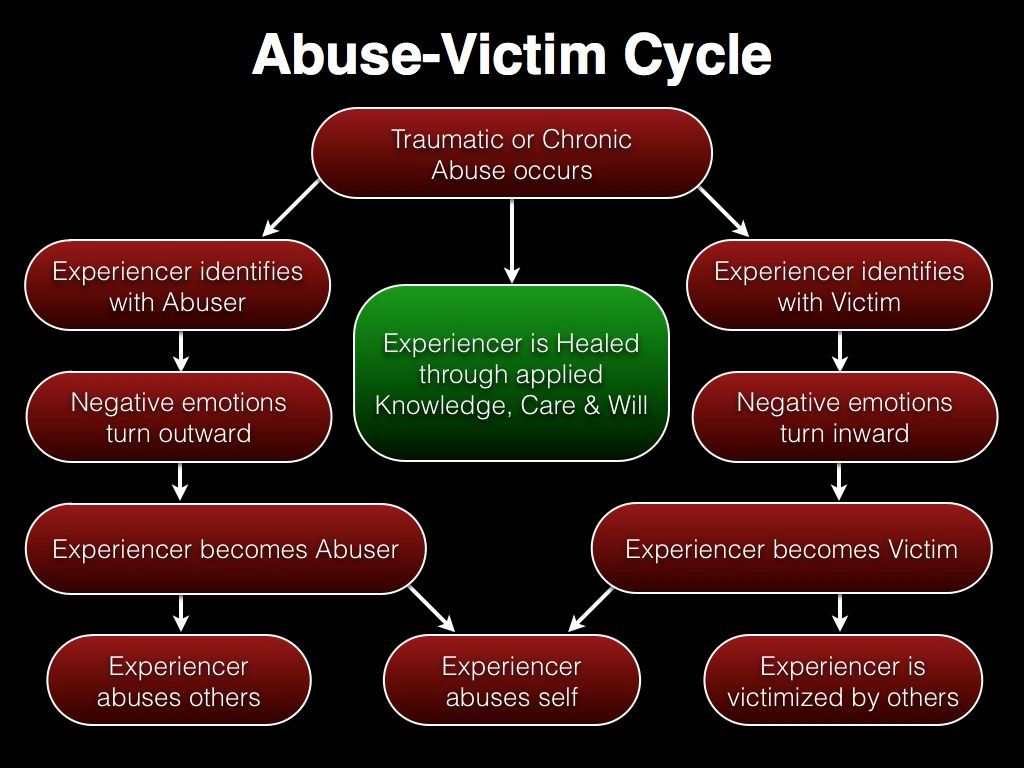 Psychopath etymologically means suffering of the psyche, mind or consciousness, from psyche (mind) + pathos (suffering). Most of us are suffering from the condition of this world (within varying comparative degrees). We all have some level of issue in psyche, consciousness, don’t we? But some people are more visibly “psychopathic”, more visibly in a state of deep suffering, than others, because we can see it by their actions.

We are socially engineered, conditioned, programmed, brainwashed and indoctrinated into a falser ways of living, to be a falser self than the potential we could be, influenced into a delusion of illusions and appearances that prevents us from realizing and actualizing our substantive, authentic, truer, realer, higher potential we can become.

We are often engaging in wrong actions, creating suffering for others, because we suffer ourselves. It’s a catch 22 in many ways. The only way to escape the cycle is to learn and become aware of how this is functioning around us and within us. But this is no excuse, justification or rationalization to continue with our current condition and perpetuate more suffering.

Empathy and compassion is to feel suffering for others where we can bear the mirroring simulation of feeling as they do. If we create evil and suffering for others, it can be ignorantly and unconsciously. Unconsciously, because we are not consciously aware nor evolved enough in consciousness to know the reality of what we are doing and therefore live in a false reality, an unreality.

This can be because we often lack knowledge of right from wrong, good from evil, and are unconsciously living in falsity, through fear, ignorance, apathy, cowardice and laziness of Truth and Morality, a lack of True Care, for ourselves, and others.

As long as we harm others we have no right to harm, who did no one any harm, then we create suffering, trauma and abuse, for them and ourselves because we are in a state of suffering in consciousness. We lack conscious awareness of ourselves, and lack care, compassion, empathy, conscience and morality. Healing, growing, evolving, changing, etc., takes time, attention, energy, effort, dedication, determination and persistence.

You can try to reason and argue with some of these people that are suffering, but denial is strong and they won’ t hear any of it.

On the internet it can be a large waste of time. Some people are called trolls for this. Trolls feed on attention. If you keep engaging with them it feeds their need for attention that they desire from you. It means what they are doing to try to irritate you is working out for them, because you give them what they want. Feeding them keeps them coming back for more food, attention. This is the sad internal state they are in. Their psyche and consciousness is suffering, and they seek attention in malicious ways to keep themselves entertained. The best way to deal with trolls, is to not feed them. Don’t feed the trolls. Starve them from the attention they crave.