Life and Death, Immortality, and Fear. No Death = No Life.

There is currently a lot of desire and attraction towards transhumanism and immortality. It’s being portrayed as some wonderful thing. I don’t view it as such. They want to incorporate technological augmentation into their body, “justified” by their desires, wants, wishes and predilections to “improve” and “overcome” certain aspects of being human they view as “limitations”. They want to extend life forever, and “cure” the “disease” of death.

What is really going on?

In the universe, there is life. Life has death. Death is part of life. This is a necessity, a “law” for biological existence. Without death, it wouldn’t be life. That is how life functions. Life emerges into existence, and then eventually dies out of existence. A life is not a timeless existence. Each life exists for finite periods of time. That is life. 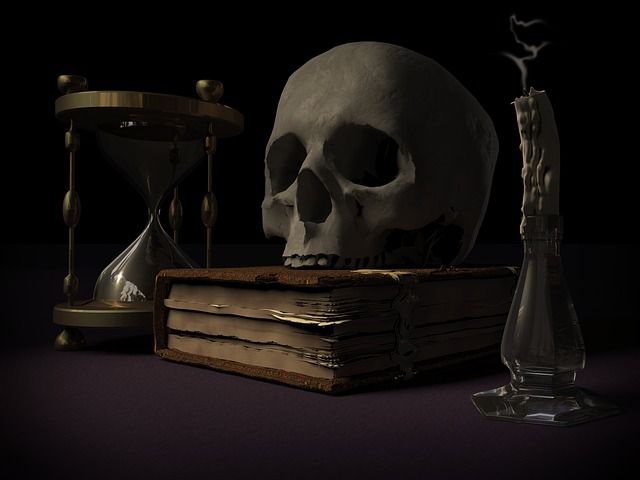 Life having an end provides meaning and purpose. Meaning and purpose is found in a goal, a destination, and end. When you live a life without possible end, the pursuit of qualitative substantive meaning tends to get lost. This is demonstrated in many science fiction allegories.

Immortality is not a good thing for consciousness beings. We lose our respect for life and lose ourselves in the process, and wander lost without substantial meaning and purpose of foundational principles in life, such as truth, and specifically moral truth which requires contemplation, reflection and consideration of life. You have a limited time to live, learn and make use of what you learn. That is a powerful drive and motivator to maximize your efforts and potential. 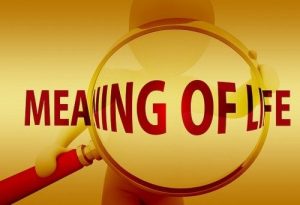 Life is wondrous, amazing, and also short-lived in time, which provides motive for deriving meaning and purpose while you are still here, to do something with what you have because eventually it will be gone.

Reflection and contemplation on life, time, and of the limited time we have, means the eventual cessation of lif, which is known as death. It can be scary and wrought with fear to think about, when you are so attached to what you currently have that you can’t bear losing it. Attachment is often the root of suffering (not always). We must learn to let go of some things that provide an escape from reality or keep us conditioned into falsity.

Those who desire immortality, fear death. They are attached to life yet reject death as part of it. They fear the necessity of death because they will lose what they have, life being the ultimate thing they lose. They want things to be different and dream of making it so, so as to avoid the death they fear.

Those who desire trans-humanism, dislike being human in the end, with the perceived limitations that being human has. They want to be something else, to go beyond being human (because being human isn’t enough for them).

Transhumanism can also be regarded as the transition to being “posthuman” compared to the current human being. Trans means “beyond”, to “cross-over”, to go beyond being human and cross-over to being something else, to be “more than human”.

They don’t have a real problem with their body from an accident, like missing a leg, arm, eye, etc. that can benefit from technological supplementation. “Lose your ability to walk? Ok. Let’s help you walk again with technology for a new leg!”

They are not happy, content or satisfied with what they have, and seek to “enhance” certain aspects of themselves that they view as insufficient through technology. They want more “powers and abilities beyond those of standard humans”.

Society is more and more desiring an escape from the reality we live in, obsessing over alleged virtual reality “augmentation” of reality, when it’s actually an unreality mask that is imposed over the reality they seek to escape, such as Pokemon-Go and other VR devices.

Games are used as an escape from reality, as people prefer the stimulation of a virtual world to that of their boring lives, or the stresses within it, that they don’t like or want to deal with, nor improving the condition and quality of their lives. It’s easier to simply escape. I know it, I’ve done it.

“Augmented reality” doesn’t augment, increase, enhance, enrich or “grow” reality. It covers it up, masks it to add something that is not there: a virtual unreality to supplant the normal reality that is too stressful or too boring for them to find a solution to. Virtual reality isn’t a bad thing in itself: computers are a virtual reality environment that allows us to do things more effectively. This technology, however, is external, and we make use of this technology to supplement our existing biological living conditions, not replace it by injecting it into us. 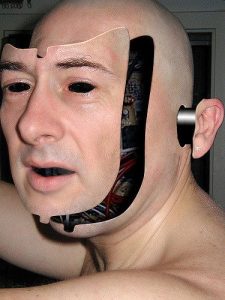 Transhumanism wants to replace the human being, to inject technology into the body to enhance their condition in reality because they are not satisfied with their biological abilities, or how they were born, or condition in life as a human being. It’s not the same technological methodology being employed as helping someone overcome a loss of their leg, arm, etc.

The whole transhumanist psychological mindset is rooted in fear and insecurities about how they view themselves individually, humanity as a whole, and life and death itself, as undesirable, and don’t want it to be a necessary part of reality. They dream of the unreality of immortality to escape from this reality of life and death that they view as a limitation. They desire more power and abilities beyond what they are born with as a natural human being. Eventually, there will be more robotics and technology, than there will be anything “human” left to call human. It’s the death of humanity, of the human being.

Religious ideology also has issues with fear of death, which is why they invented imaginary scenarios, from the phantasmal light-projector within consciousness, of beliefs in immortality, such “heaven everlasting”, an “eternal life”, and living in “paradise”, which are only symbolic metaphors about creating a better, improved, corrected, moral way and path of living in the time that you live. These imagined beliefs help to overcome the fear of death, since you believe you’re not going to die, but “live on” in some imaginary other place/world/dimension/etc.

Images courtesy of pixabay.com and flickr.com

If you want an interesting view of how we are socially and psychologically devolving (not evolving) into a “posthuman” lower form of being human, please see this video for interesting topics being discussed. I don’t agree with a lot of it, but it has much of interest to share, and valid knowledge to be gained about our current condition and where we are headed as lost individuals roaming a world that is becoming more banner of substantial meaning and purpose in life: Michael Tsarion – The Posthuman World