I Am Fishhead – Are Corporate Leaders Psychopaths? 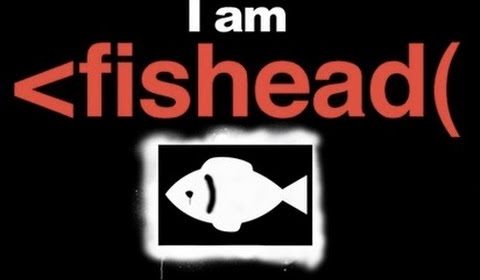 I Am Fishead: Are Corporate Leaders Psychopaths?It is a well-known fact that our society is structured like a pyramid. The very few people at the top create conditions for the majority below. Who are these people? Can we blame them for the problems our society faces today? Guided by the saying “A fish rots from the head” we set out to follow that fishy odor. What we found out is that people at the top are more likely to be psychopaths than the rest of us.

Who, or what, is a psychopath? Unlike Hollywood’s stereotypical image, they are not always blood-thirsty monsters from slasher movies. Actually, that nice lady who chatted you up on the subway this morning could be one. So could your elementary school teacher, your grinning boss, or even your loving boyfriend.
The medical definition is simple: A psychopath is a person who lacks empathy and conscience, the quality which guides us when we choose between good and evil, moral or not. Most of us are conditioned to do good things. Psychopaths are not. Their impact on society is staggering, yet altogether psychopaths barely make up one percent of the population.

Through interviews with renowned psychologist Professor Philip Zimbardo, leading expert on psychopathy Professor Robert Hare, former President of Czech Republic and playwright Vaclav Havel, authors Gary Greenberg and Christopher Lane, professor Nicholas Christakis, among numerous other thinkers, we have delved into the world of psychopaths and heroes and revealed shocking implications for us and our society.