The Disease of Belief in Authority and Order Following 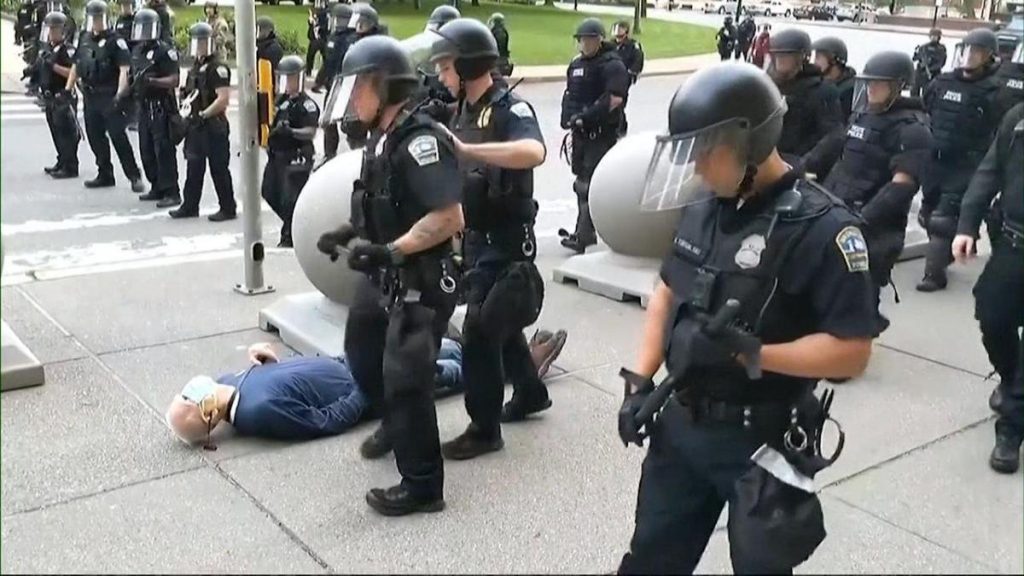 A few days ago two state gang-thugs shoved a 75 year old who was in their face. He fell back to the cement and started bleeding from his ear. This is the reality of the problem.

It may be that this 75 year old is an agitator. He might be part of Antifa. I hate Antifa. They are the fascists among the people who are legitimately protesting. But someone being Antifa and getting up in the face of some riot police being ordered to “clear out” an area, is no excuse to shove him around.

Order following is no excuse. Yet, that’s what boot lickers an cop apologists say to justify this behavior by order followers. They are just doing their job. What a bullshit excuse.

Police brutality demonstrates the illusion and fantasy of what many believe the police are: officers of peace. They aren’t there to protect us. They are there to protect the masters and the system to keeps the elite master class going about their looting of everyone else. If you don’t get that, go read We Are Watching The Story Of America Crash Headlong Into The Reality Of America by Caitlin Johnstone.

There is no excuse for the above, or other police brutality. People have rights to protests and not move. And if you want to follow orders like a good little bitch, then you can do it without pushing people down and beating them with sticks or shooting them in the eye with rubber bullets.

Hi. I’m a social worker. I work with adults with severe autism. Im TCI certified. My coworkers and I regularly have to subdue v strong and v aggressive individuals and we do so w no weapons & causing no respiratory distress or harm to the Person.
Police have no excuse. 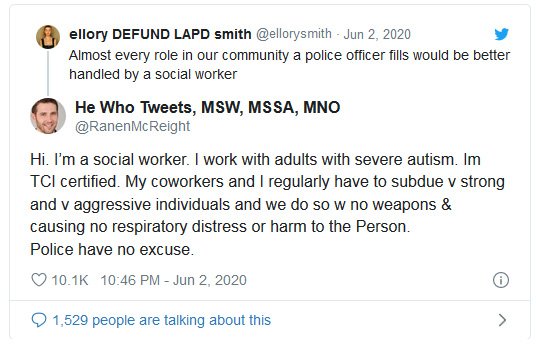 There are idiots who comment that someone like the old guy or anyone else who allegedly “tries to grab a gun” deserves it. Amazing how people justify this.

The two cops that pushed this guy down, got suspended. As a result, the whole riot unit reigned from the riot unit, not from their jobs as state thugs.

They were then also brought up on charges. About fucking time more of this happens. Now you might think there are good cops. AS far as I’m concerned, a good cop is one that goes and finds another job. None of the “good cops” have been stopping their fellow blue-bloods from beating people or shooting at them. They just stand around and protect their “brother” or “sister” and defend their violence. The group think is so bad sometimes they just all join in and start beating people up because one started doing so.

When the two cops were charged with felony assault, they walked outside the Buffalo City Courthouse and were greeted by applause from their cops blue colleagues. Applause, for shoving an old guy down where he then bled from his head/ears. 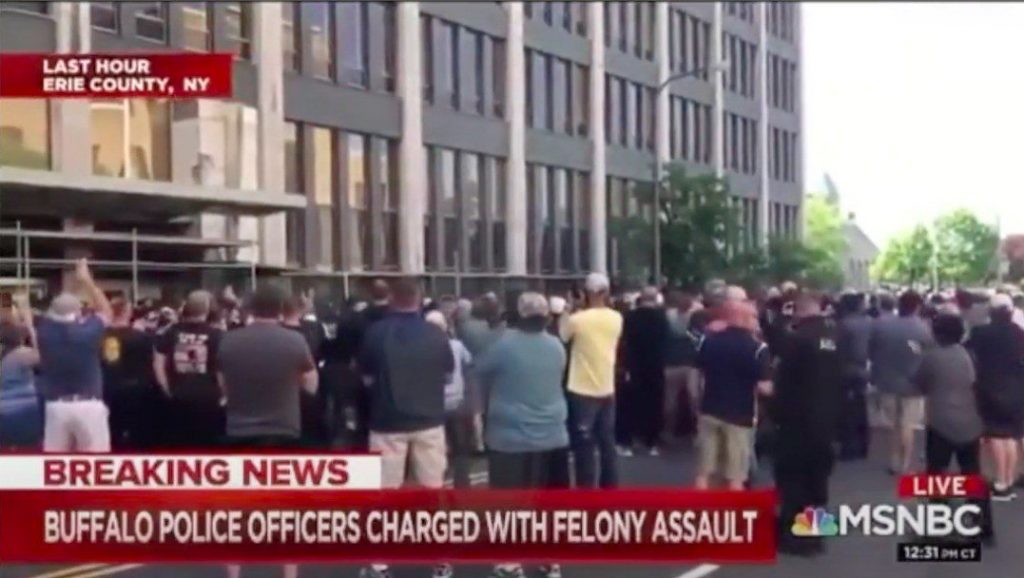 These are the scum you think care about you and your rights. They are order followers from their masters, and they want us to follow their orders as their masters. If we don’t obey, we get pushed around, beat up or killed. And don’t even think you have the right to defend yourself from these terrorists who are using violence for political ends, ordered to do so by their political masters. You can rightfully do so, but you will probably be killed by them and they will get away with it.

These people do wrongs because they are told to, because they get a paycheck for doing it. And they all work in gang that supports each others immoral behavior, defending each other. Even if there are no orders, they just choose to do wrongs and their brethren choose to defend them in their immorality.

To really change things for the better, people need to go beyond the racial issue, and get down to the core root issue of belief in authority and order following. This is why some people have more rights than others, and deny the basic rights of others, and get away with immoral behavior, with wrongs that harm others.