Do we stand in truth together, or stand alone? 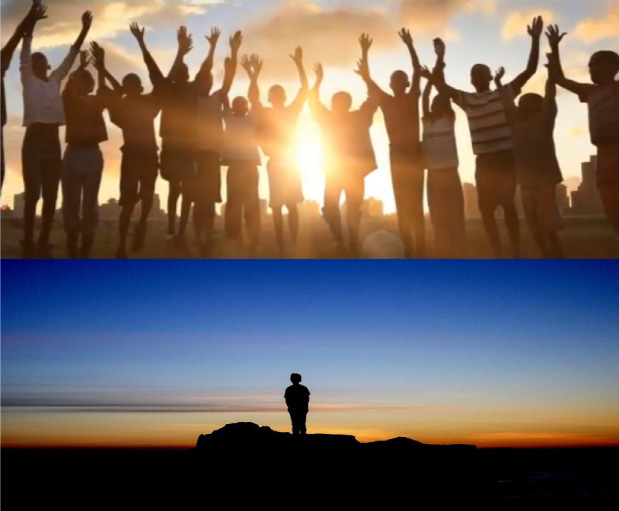 Have you ever had something happen where you needed support for being right? Maybe something happens in the family, maybe with friends, or at work. You are in the right. You know it. Others know it. But, they won’t stand with you against an opposer or adversary that is standing against what is right, and you. Instead of standing together, people stand apart.

Doesn’t it suck when you don’t get the support? What’s going on? What’s up with some people not caring about what is right?

Maybe that person, who is wrong, has some level of authority in the group dynamic and others don’t want to lose favor with them.

Maybe people don’t want “drama” in their lives as long as it personally doesn’t affect them.

Maybe many people also pretend to care and support each other, so long as it suits them and their interests. They don’t stand for principles and values based on what is right, good and true on an ongoing basis.

As long as things are going fine, everyone is getting along, things are smooth, the boat isn’t being rocked, then people unite or cooperate to get along according to what they do. But, when there is conflict, controversy or contradiction, many people are reluctant to get involved and stand on the side of what is right, good and true. They want to be “impartial” and avoid “taking sides”. To “take sides” is to possibly have someone take offense, insult or feel judged… oh no the horror!

Boy oh boy… do people ever not like getting involved in disputes and “taking sides”. Caring for truth is secondary to the perception they desire to have in the eyes of others. Most of society prefers to get along under a veil of “unity” and illusion of “good” rather than honestly deal with reality as it currently is.

Because we humans get so identified and attached to ideas and beliefs that have us in their grasp, when someone stands against our ideas we can associate them being against us. They chose the other side, and not our side. They chose someone or something else, and not us.

Many people want to be liked more than they want to stand for what they understand. They avoid conflict, controversy and determining what is right, good and true in an argument. They don’t share their evaluations of reality or others, because they fear how people will react to their criticism.

An evaluation, discernment, discrimination, assessment, judgment and evaluation can involve communicating something to someone else. We can communicate what is correct or incorrect, right or wrong, true or false, moral or immoral, about anything in reality that people do. We should not fear doing this for the sake of being “liked” and making “friends”.

We identify strongly with those close to us. If someone we personally identify with needs support, we tend to blindly support them, whether they are right or wrong. Our trust, loyalty, faith and belief in others, can have us blindly defend their errors.

Unless the person who is right, or who is being wronged, is known to us and we have a personal connection with or identify with, many of us won’t get involved to stand with them in support of what is right, good and true. When we have something to lose, whether favor with a colleague or boss at a job, family at home, friends, or society in general where we have a social standing and likability to lose, we tend to protect our image in the eyes of others.

Put truth first, not second. Stand for truth in life. Stop supporting falsity and letting falsity continue in our life because of fear of what happens when we speak out against falsity.

We all know how uncomfortable a conflict can be. If what is right and true didn’t matter, a conflict wouldn’t occur. Certainly if we get involved and go against someone who thinks they are “right” when they are wrong, things can get even more inconvenient and not “feel-good” to us.

After all, conflict is a negative feeling, and so many people are neglecting, ignoring or denying the negative in life, seeking to avoid it. Many of us are psychologically trapped in a “feel-good” pleasure trap that avoids dealing with the negative. We don’t want to be involved in the eternal battle of truth and falsity. So long as it doesn’t personally involve us or our life, then we just ignore it and brush it off.

Standing in truth can be uncomfortable. But it’s the way to resolve any conflict. Ignoring problems around us because we don’t like the drama and hassle doesn’t help the one who is attached to falsity, or us in the end.

We can stand in truth, unite in truth, together. But we are often divided in falsity among each other. Many are also standing alone when there is a conflict, because others don’t care for truth to bother getting involved with the hassle and drama of a conflict. If we want others to stand with us in truth, we need to stand with them as well. Being silent to falsity is counter productive to all of our well-being.

And if no one will stand with you in truth, for what is right, good and true, then you just have to stand in the integrity of truth on your own. You will feel authentic, real, and genuine, for not compromising or sacrificing the truth. This is part of being a truer, higher, realer, more authentic, more genuine individual who embraces reality, existence and truth, and stands for it. 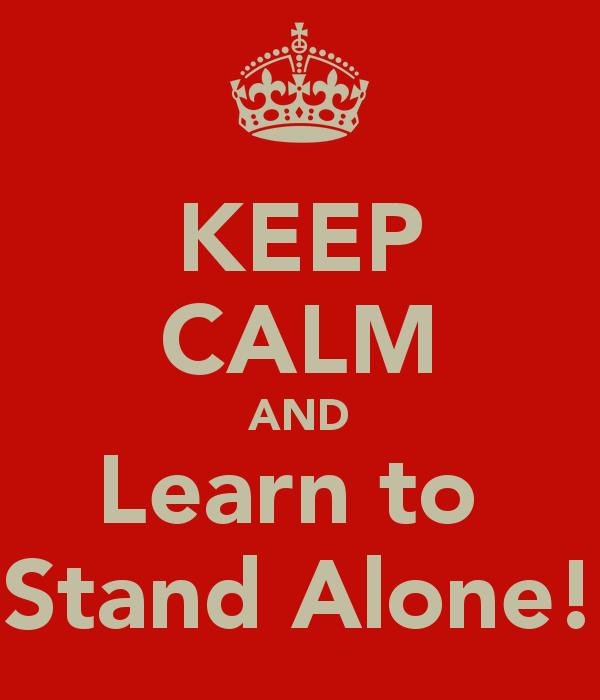 If you yourself, are not willing to stand in truth alone, then how can you expect others to stand with you? We each need to take the first step. To pop and break out of the level conformity with the group collective or authority figure, and stand out from the crowd. We often have to start standing alone before others join us. To prove that we have the care, courage and will-power to stand for higher values and principles in life, and are not being kept down by our apathy, cowardice or fear. 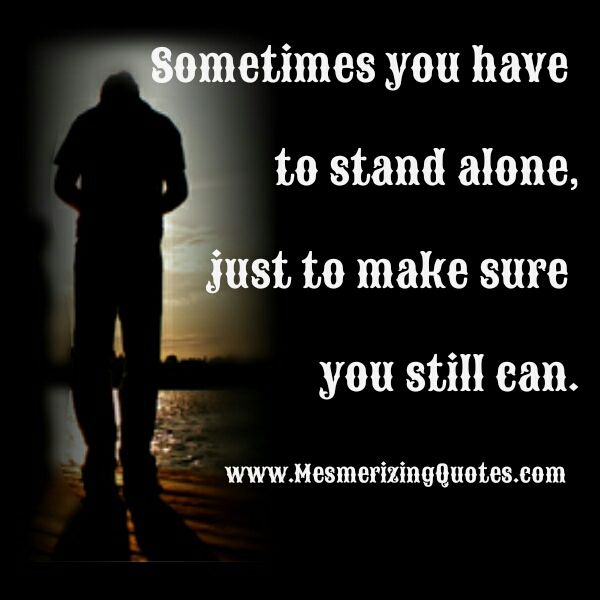 We need to stand in truth together. But, if others are not willing to integrate, unite, and harmonize on the commonality of reality, existence and truth, then we ourselves can at least be genuine, authentic, whole, integrated and united with truth by standing for it on our own.