What makes people blind, ignorant and afraid to face an issue going on in reality? There are psychological factors that prevent people from recognizing reality as it truly is, or if they do recognize it then they are having difficulty speaking up about how things really are. Political correctness is one way we regulate or police ourselves in what we say.

This happens to everyone in different degrees. We become afraid of standing against the status quo and politically correct normalized standards of acceptability in our society or community. Those who have the power don’t like it when others stand against their policies or agendas., and we can become fearful of what happens to us as a result of going against the flow.

One of these issues is about immigration, especially immigration in Europe. There is a socially engineered forced agenda to destabilize European national identity by orchestrating unrealistic and deleterious immigration policies. Hyper-tolerance is promoted in order to avoid seeming “intolerant” in a PC engineered weak-minded group-think herd-mentality populace. 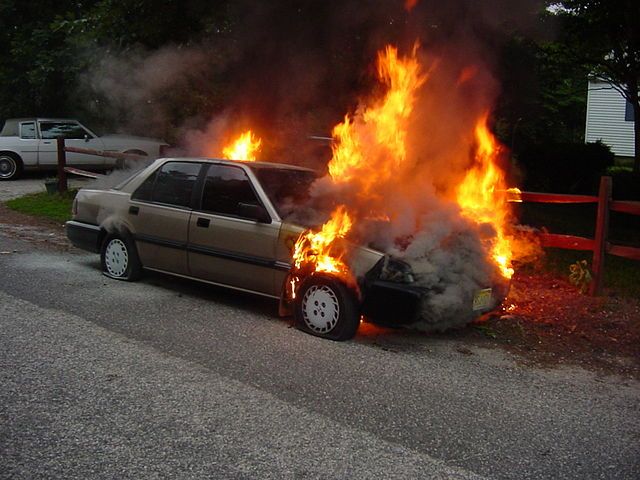 This is most evident in Germany and Scandinavian countries such as Sweden. You can go online and look for all the news stories and videos that demonstrate what has been happening with the wave of immigrants who are conditioned in an incompatible culture and do not seek to integrate into the European cultures. In many cases they seek to subvert and destroy the European culture and identity. No joke. Go research.

Last January (2017) a veteran Swedish cop named Peter Springare, a senior investigator of 47 years at the serious crimes division at the Örebro Police Department, made comments on Facebook about immigrants and the increase in crimes.

Springare knew that he would face backlash, and possibly harm his position in law enforcement and even his pay grade. He said he was about to retire and didn’t care. He was willing to face the backlash from people’s inability to accept the truth in reality.

Countries representing all the crimes this week: Iraq, Iraq, Turkey, Syria, Afghanistan, Somalia, Somalia, Syria again, Somalia, unknown, unknown country, Sweden. Half of the suspects, we can’t be sure because they don’t have any valid papers. Which in itself usually means that they’re lying about their nationality and identity.

Was he delusional? Is this all made up nonsense? No, and people already see the truth. So many people recognized the truth of what he said, that he received a “bloombomb” of 60 bouquets of flowers from admirers who appreciated and supported what he said. Even received support from fellow police officers, both retired and still working for the state that promotes these deluded immigration policies. 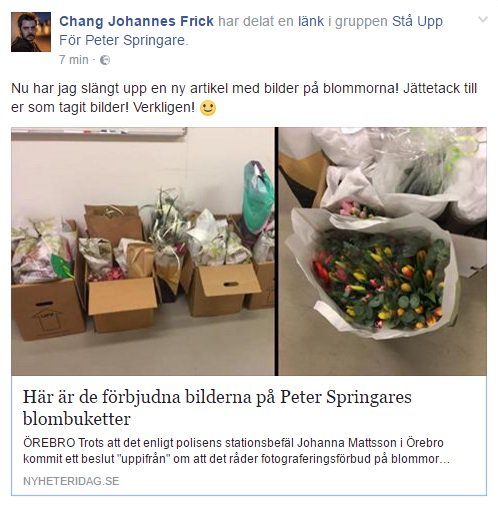 Posts he made were shared by 16,000 people, and also liked 36,000 times. A Facebook group was also started with over 75,000 members. This shows that some people can actually see what’s going on in reality. Someone finally spoke up who had “authority” in the community to give a voice to the truth that so many people were busy denying through their conditioning in statism and mainstream media to adopt this ignorant and foolish agenda and worldview.

But of course, some people are so indoctrinated into falsity that they can’t see the truth of reality before them. These are usually the socialists and leftists who can’t rationally think about much given their conditioning into pandering and bending-over for statist, socialist and communistic delusions, such as believing everyone is simply getting along and that there are no problems from incompatible cultural conditioning. Not that it’s only leftists either, but the ones who fall into this type of thinking usually are.

So, some people call him “right-wing” and even racist. This shows the delusions of being able to honestly evaluate reality, where people merely tried to disparage and dismiss what you’re saying by labeling you through some negative epithet, such as racist, anti-Semitic, sexist, etc. Then people who are emotionally conditioned to be triggered by these key-words, will automatically dislike you because of that attribution.

In their deluded consciousness, all of the immigrants committing crimes has nothing to do with them being immigrants, and to point out that the increase in the crime wave is coming from mostly immigrants, is somehow racist and against reality… right.

Well, Springare didn’t take that nonsense either, and responded with:

If you can’t discuss the problem of crime among immigrants without somebody attributing it to racist propaganda, we are in deep trouble. The problem is that nobody wants to talk about this.

If an officer goes into these immigrant-run no go zones, they quickly get verbally attacked or pelted with stones. The patrol cars get set on fire or get stolen. Many officers have been resigning. On average, there are three officers that are asking to resign in each day, with an internal poll saying four out of five have been considering a change in profession.

Sweden and other European countries are in for a storm in the near future. Their whole culture and identity is going to be destroyed. Say goodbye to Europe as you have known it. There is going to be a cultural and Civil War in the next few years because of this madness that is a socially engineered and orchestrated agenda of the state authority to destabilize European nations and create change that the globalists want.

Although I have called the statist version of “good” and “order” an illusion at its core in terms of what something good and ordered really is, the immigration agenda is literally creating more evil and chaos in these countries that foolishly adopt these policies. It’s not enough to have the illusion of “good” and “order” from a centralized authoritarian force, but now they are actively creating the opposite, evil and chaos.

There is a coming crisis in Europe. Many people are seeing it, but few in “authority” to change the policies are actually listening, since they are pressured to comply with globalist Fabian socialist agenda for a one world government authority. Dissolving nationalistic and cultural identities is required for people to subsume themselves to an even greater, more powerful totalitarian centralized government over the world.

I’ll leave you with a warning about PC from John Cleese. Any criticism is now seen as “cruel” or “wrong”, whereby the hyper-tolerant leftists want to tolerate the continued existence of falsity in reality, but not honestly tolerate being told what the falsity they support is… amazing.

John Cleese: Political Correctness Can Lead to an Orwellian Nightmare