Keeping People “Safe” as the Excuse to Censor/Control the Narrative, Perception of Reality, and Life

When my video got removed/banned by YouTube, the thing I noticed the most was the use of the word “safe”:

We know that this might be disappointing, but it’s important to us that YouTube is a safe place for all.

They need to keep their site “safe”. But, safe from what?

By now many are aware of YouTube’s policies to remove content they don’t approve of. The goal is to limit and restrict the range of thought by limiting and restricting the access to thoughts others express.

People are much less likely to perceive something on their own and rediscover what others have, as opposed to coming across someone who has already seen it, wrote about it, spoke about it, made a video about it. If you don’t know what other information is out there, then you can’t access it, and it can’t influence you.

By limiting the access to information that can identify and describe reality better, you limit a more accurate understanding of reality. If the information isn’t identifying reality accurately or better, it’s still up to others to decide for themselves.

They want people to have one narrative, and accept only that narrative. It’s a false narrative, and they don’t want people figuring that out by comparing and contrasting other information that is more accurate. Then their false reality crumbles, and people won’t stand for the deception (hopefully).

This reminds me of a scene from the movie Knight and Day (2010), where “safe” isn’t safe but instead means the agents might kill you instead. In the case of YouTube, it just means they want to kill the information to keep you locked into their narrative, into the way they want you to see the world.

In China, they are good at preventing people from escaping their artificial unreality boxes. Messages sent on the YY and WeChat platform are prevented from even reaching the recipient. 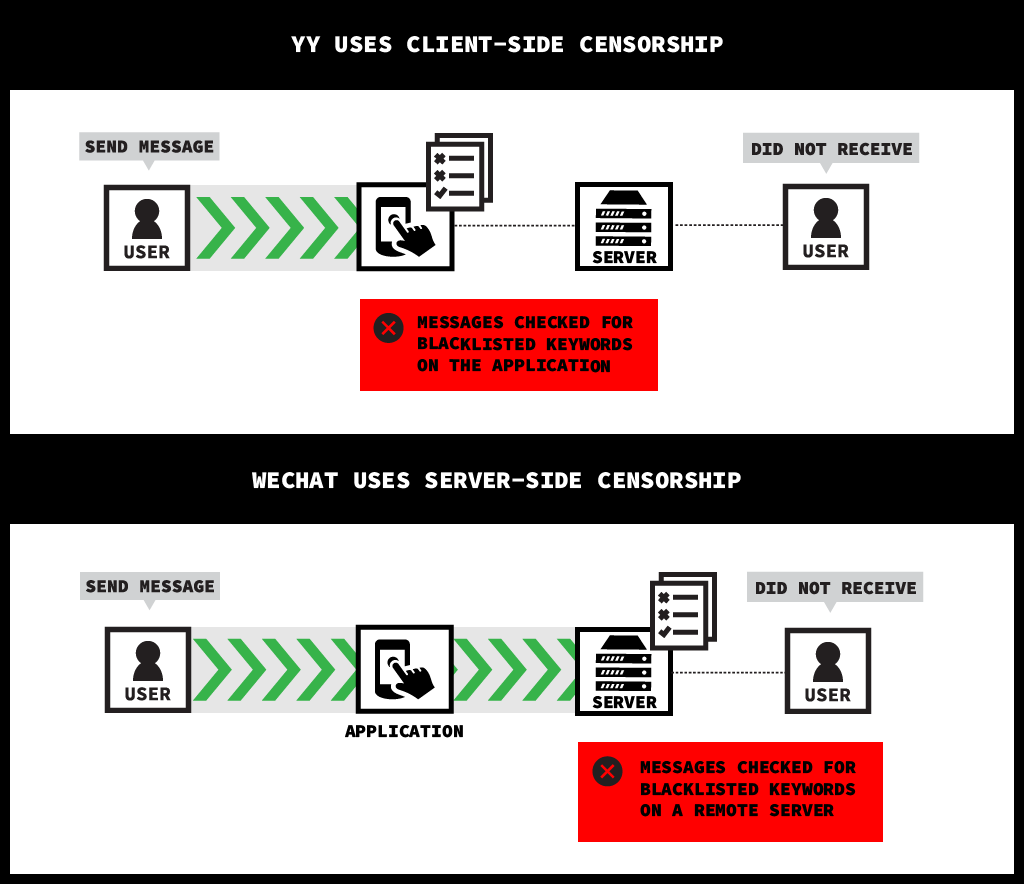 Source
The new season of Westworld, which I think is the best so far, also touches into this theme of controlling society. Other movies like the Divergent series have touched upon it too. I’m talking about the need to remove dissent, outliers, divergence in the system in order to make it “harmonious”, “united”. They exercise control over our lives in order to keep us in line with the program they want us to live by.