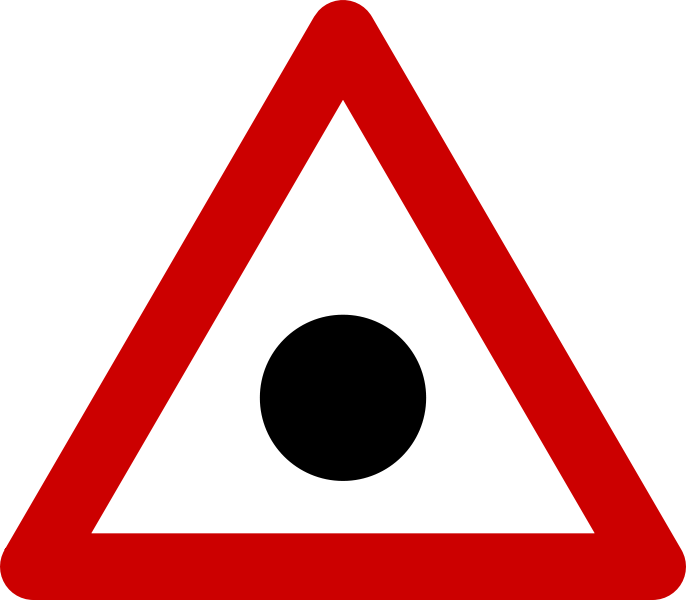 The bias blind spot is how it’s easier to see others engage in cognitive biases, as opposed to seeing it within ourselves.

Just as it is when we are thinking of a problem and another perspective can see something we missed, so too does the recognition of biases. It’s easier to see what is external to us (others) than to look internally at our own machinations.

A blind spot is an area that we can’t see, and are often vulnerable to. If we fail to see what is going in the blind spot, it can result in missteps, mishappenings, accidents and even injury to ourselves or others.

Blind spots are serious, whether they are in cognition, vision or the limitations of care mirrors in showing us our surroundings. Just think of the blind spot when driving a car and the consequences that can result when not paying attention to it: 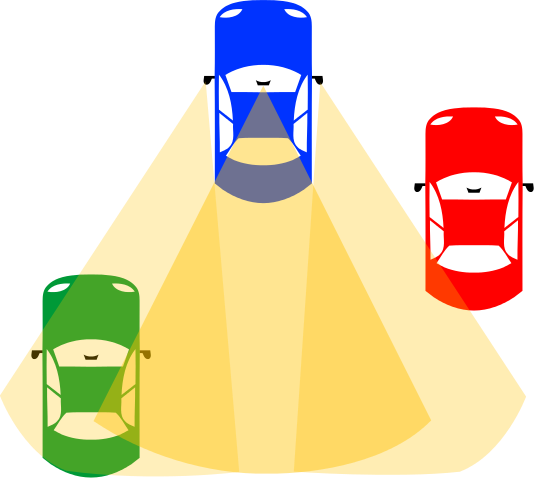 Most people tend to think they are less biased than others. Even with me doing these bias posts, I still catch myself engaging in biases that I have covered. Biases are hard unconscious processing mechanisms to overcome, but they can be with conscious awareness to change a habit.

This self-evaluation that has us engage in self-deception, is related to the Dunning-Kruger effect, which I have mentioned before, and will eventually get to. This is where the unskilled are overconfident and overvalue their own skills, while the competent tend to undervalue their own abilities. This also tied into the illusory superiority bias.

A reason for the Dunning-Kruger effect, and bias blind spot, as how we relate to ourselves, our sense of self, our self-image, self-concept and self-view. We want to see ourselves in a positive light, as well as have others see us similarly. We don’t want to see ourselves as being wrong, doing things wrong, and engaging in biases that lead to such conclusions.

As I covered previously about how we are unaware of much of is going on in our minds and our process of thinking, this applies in the bias blind spot as well. We think mostly automatically, unconsciously, intuitively, to arrive at conclusions. We often don’t engage in more critical self-evaluation to reflectively process how we arrived at a conclusion. As such, most people believe they know “how” and “why” they arrived at a conclusion, despite not being able to recall these justifications when asked.

Biases are automated habits of cognitive processing to save us time. They are hard to control even when we become aware that they are there. We can see the behavior of others more easily, as overt behavior. However, looking inward our inner vision to reflect, contemplate and introspect, is harder to do as it’s not an overt visible spectrum to look at.

When communicating, arguments and disagreements lead many to conclude the other person is biased, while they are not. This can lead to greater misunderstanding, when the focus turns to the person alone, and are no longer addressing the actual issue at hand. We can judge others as being cynical or having an intentional malice to fool us, instead of recognizing it as an unconscious processes.

Keep in mind, biases are acting on everyone. Try to be more aware that we are all affected by biases. Awareness and knowledge of how biases work can help us escape their blind clutches on our consciousness processing capabilities.

Having many biases operating, along with the bias blind spot, has people ignore advice from others. This makes teaching others about cognitive biases, and how they are fooling themselves through biases, a very difficult task. Someone will not be able to see a reality clearly for what it is, if they can’t overcome their own “deviant hand” (errors in thinking) that keeps driving them off the road into the ditch.

Trying to show someone something they are missing, while not dealing with how they are missing it (the bias blind spot), will not likely get them to see what they are even missing, as they won’t admit they even have a blind spot that prevents them from seeing correctly.

To overcome mind control from others and ourselves, we need to learn how these mind control mechanisms function. Through awareness, we can overcome.