Democracy – Power to … What People? 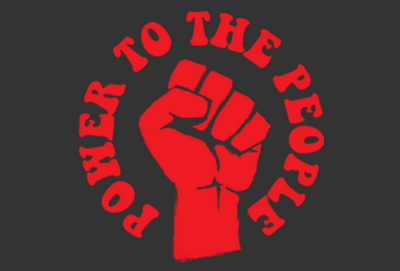 We can use words to represent and define reality. Reality comes first, then words to describe it. i.e. we live a way of life where we have a government, and we describe it with words.

We can also use words to create into reality. In this sense, words comes first, then reality is determined and acted upon based on the words used as intent for movement towards a goal or objective. i.e. we say we “need” government, so we keep acting to create government as a way of life.

This is how the word “democracy” breaks down:

That’s where we get the understanding of “power to the people” from the word democracy.

What common people? Understand what the word means by seeing how the word reflects reality.

When we reference a word to reality we see the meaning of the word. “People” doesn’t necessarily mean everyone, “people” can mean a group subset of all people. Only certain people are making decisions to govern our lives, rule us and control us. Not everyone is doing that on their own, but one group dictates to others what to do.

This is the word “people”, referencing reality, grounding itself in reality through different contexts or perspectives. Reality is used to create/invent a symbol to represent that reality. Take a word and see how it is a reflection of reality. Is it accurate, or not? Think, question, ask why.

Democracy is normally defined as all the people themselves having the power. That the people control government. This is how democracy is sold to people to make them believe this word represents how people have power over their government.

You, the people, have power and rule. People-power. People-rule. Rule of the people. You are free!

Again, the people, is assumed to be all people, so you think democracy means all people are ruling, all people have the power. Not the government subset group power, or any other subset group like aristocrats (aristocracy) or corporations (corporatocracy).

Does it really mean all people? If it did, then it would be all people ruling, but that’s not what reality shows us about democracy. Look at how democracy exists in reality.

To show how democracy isn’t a model of freedom and morality, understand that coercive institutions have existed prior to democracy and yet continue to exist with democracy. Police, military, government, all seek to rule and coerce and extort those who violate arbitrary rules. These are tools of subjugation and enslavement, to be used to keep control and tyranny.

The Power of Belief

“People-power”, is the “people”, any group, deciding to coerce, extort, steal and murder each other based on codified procedures that they use to justify their actions. The “people”, believe and agree to the procedures and order of the law, and accept to coerce and steal from others who violate these rules.

People believe in the idea of democracy to such an extent, that they obey and follow the rules that exist in the society because those rules are allegedly “good” and “moral”. We are generally not thinking at higher levels of comprehension to determine for ourselves if these “rules” and “orders” of democracy are actually “good”, good enough, or if there is something better. We just accept the current condition of conditioning and fight to defend it.

The belief in the “rule of the law”, the procedures, protocols, rules and orders, creates an image/aura of legitimacy to be obeyed under an illusion of “good”. People accept that decisions made by people in one area of society determine what can and can’t take place inall of society. Yet, think it’s the rule of all by all?

If everyone was involved in setting up the laws for how to live, then no one would object to them and there would be no need to coerce or enforce them. If anything is wrong or unfair, people believe in the process of “checks-and-balances” to iron out the errors. We believe the institution that holds power over us will self-correct and protect us from itself…

“to protect the minority of the opulent against the majority.”- James Madison.

This minority influenced and leveraged the state/government apparatus to ensuring their minority class was not infringed upon by the majority of people. People believe in, have faith, trust and loyalty in institutions as being better than the people who created or run them, and are willing (and even eager) to give that institution more power to protect them and the minority or marginalized classes. Individual freedom, conscience and values of morality are secondary to the collective centralized laws and orders created by other individuals to control the group collective.

The Veil of Power

Greece, Rome, USA… all “democratic republics”, and yet all accepted slavery as legal, “lawful”, “moral”, “good”, etc. People as property, immoral wrongs codified into law, obeyed by everyone, and accepted as what is “right, good and true”, and disregarding their own authentic compass for right and wrong. 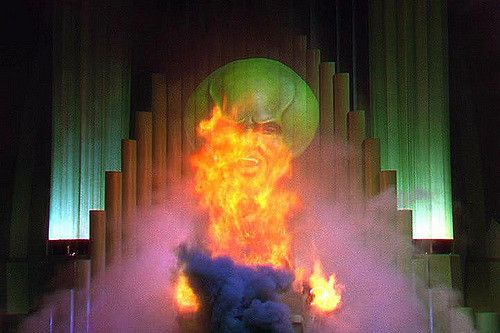 This is what the state gets you to do: to subsume your authentic authority to author your own life under the external centralized authority of others authoring your life and telling you what is real, true, right and good to do. Do not blindly legitimize and conform to the “rule of law” or majority rule. Instead, rely on a discerning capacity to use conscience and determine right from wrong, objectively.

Is democracy better than other forms of rule, like monarchy, aristocracy, corporatocracy, technocracy? Yes.

Is it the best? Is it the ideal? No. The ideal is no rulers or masters. This is what anarchy represents as a basic starting point where no one is ruling nor coercing others. 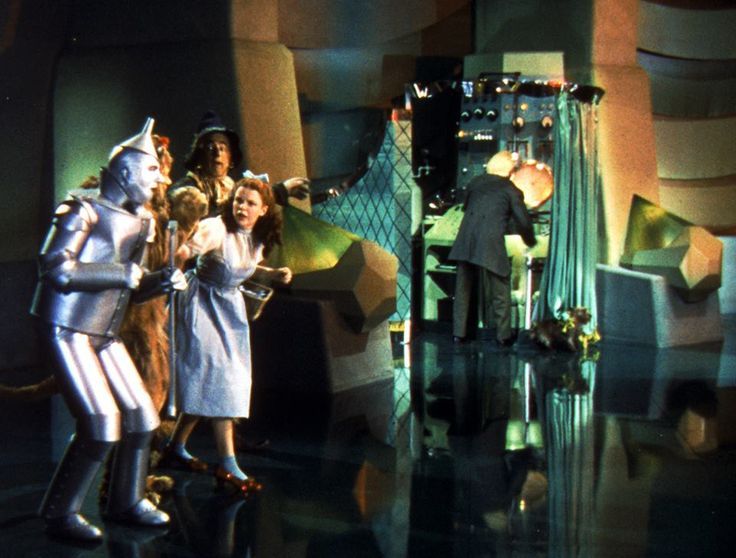 It’s Oz behind the curtain.

There is no power there but the power we give it. We externalize our power and hand it over to beliefs and others to control us.

It’s the emperor or appearance of power that has no clothes or substance behind it. Democracy is a wolf in sheep’s clothing, a beast parading as a beauty, but also as a mouse being a lion.

We feed the image of the lion. It’s time we let go of the illusion and dropped the appearances.