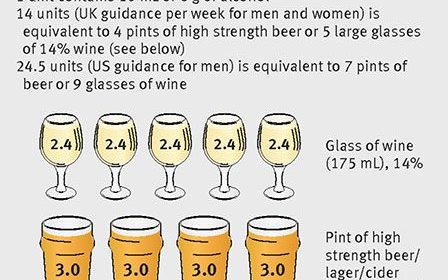 Yes, I know the media likes to hype up the preferred drug of choice for the masses — and I know people like how it makes them feel — but most everyone deep down knows there’s a problem with alcohol with respect to our health, despite the alleged benefits it can provide here or there. One of the biggest health detriments that alcohol brings is that of a shrinking brain. Alcohol not only affects cognitive mental skills when consumed, but has a lasting effect on our psychological health in the long term.

We think moderate or light drinking can potentially provide us with more benefits, or at least additional benefits to being intoxicated that will outweigh the physical and psychological cost of alcohol consumption. A recent study goes beyond the heavy drinking relation to poor brain health, and looks at the effects of moderate drinking to clear up some of the inconsistent claims we hear about.

The study sought to answer: Does moderate alcohol consumption have a beneficial, harmful or no association with the human brain structure and functionality? 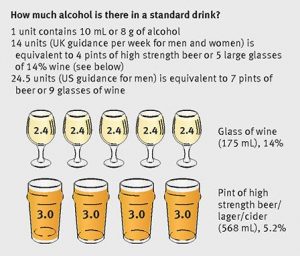 The data came from the Whitehall II study which involved 550 men and women in a 30 year study, from 1985-2015. In 1985 their average age was 43 and none were alcoholics. Throughout that period brain function tests were given and and MRI was done at the end.

The results after 30 years of drinking was that those who drank 30 units per week had the highest risk of hippocampal atrophy compared to abstainers. This atrophy does brain damage to areas that affect spatial navigation and memory. Obviously those who drink more have greater risk, but even a more moderate 14-21 units per week gave a 3x higher risk for the atrophy. And those at a light 1-7 units a week are still associated with increased risk of oropharnygeal, oesophageal, and breast cancer. 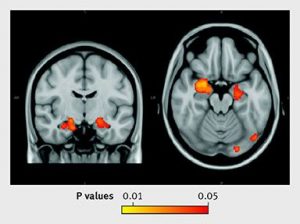 Results of voxel based morphometry (corrected for threshold-free cluster enhancement (TFCE)): significant negative correlation between weekly alcohol units (average of all phases across study) and grey matter density in 527 participants.

White matter integrity was negatively affected in higher consumption, which is important for efficient cognitive functioning. Language fluency (generating words with the same first letter) also declines faster, but word recall and semantic fluency (generating the same categorical type of words) are not.

These results aren’t confirmed, as this data was from an observational study. There can be other factors that led to the increase in risk of atrophy. But previously studies on long term alcohol consumption strengthen the probability that this is more accurate than not.

Killian Welch, consultant neuropsychiatrist at the Royal Edinburgh Hospital, says “we all use rationalisations to justify persistence with behaviours not in our long term interest. With publication of this paper, justification of ‘moderate’ drinking on the grounds of brain health becomes a little harder.”

The study closes with a summary of what this study adds to the understanding of alcohol onthe brain:

Blood alcohol levels vary in many countries, and some don’t even allow any percentage of your blood to have alcohol in it if you are behind the wheel of a vehicle. We know alcohol isn’t that good for us at all, but we drink it because it makes us “feel-good”. The short-term pleasure we get from it outweighs the negative long-term consequences. My dad died at 51, an alcoholic with cancer that affected his liver, colon, intestines and eventually took over and killed him.

Beware of the pleasure-trap that deceives us into thinking things are “good” for us when they are not. We often need to ask ourselves questions, like “do I just want to focus on the present ‘now’ and drink up, or think about my future health?” I’m not a fan of alcohol even without the health issues. The brain is the most important and evolutionarily advanced aspect of our body. It’s a gift in many ways. We need to keep it in good shape 🙂