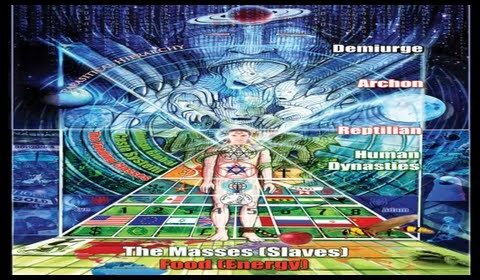 “demiurge, cold deterministic machine, forces subjects to live by the law of the jungle, no care for personal consciousness of humans and other inhabitants, creates illusion of linear time, spiritually suffocating conditions”

No understanding of NL, but spreads a story no one can verify, just accept this story and don’t learn about Natural Law of the universe… instead look down upon it as part of the evil demiurge of control.

Priorities? Not morality and Natural Law discovery, no… aliens, hyper dimensions instead!

Left brain imbalance of thinking deterministic Natural Law of the Jungle is a harm against human consciousness, a prison, pure extreme imbalanced left-brain modality. It’s not Natural Moral Law, that doesn’t exist for our own betterment, no…. its a “cold deterministic machine that forces subjects to live by the law of the jungle.”

“Why does history keep repeating itself? Why can’t mankind get its act together and put an end to physical, spiritual and financial slavery?”

It’s not like NL has anything to do with it, not like actually learning has anything to do with it…. No, for this guy, its the limitations of our alien created DNA that prevents us from seeing the other frequencies in the universe… right… lol… thats why we are still trapped in slavery, its not because we are lazy, cowards, apathetic, ignorant and fear truth? No, its the aliens and our DNA…

The solution is not morality, and learning truth, to care for truth and morality, no…. its to “develop clairvoyant powers!” Miraculous healing, remote viewing, psychic self defense, removal of etheric parasites, telepathy, etc., then its game over for them, but for now… don’t bother to learn about Truth and Morality… just work to getting super powers…

This guy is a moron! Ego driven super power crap… LOST in SPACE, lala land, not getting work done on the ground in shit that matters. Chasing alien and super power crap.

Later on he makes more sense, he covers up his BS with saying we need to seek truth and learn… but thats not what he was talking about as being important before, they seem to only be important to develop these super powers he has a crush on. I used to be all infatuated with super power attainment and such fantastic beliefs, then I matured and grew up to priority quality information to free myself.

Go ahead, engage in your altered “meditation” and travel to other dimensions, have fun! Meanwhile, I’ll be here on the ground actually getting shit done that matters to end all evil.