What is the Blockchain, Blockchain 2.0, and Steemit? Building the Future!

Bitcoin uses the blockchain technology to propagate transaction data, as a public ledger, through a network of distributed nodes. If you are familiar with bittorrent and decentralized distribution of chunks of data, the blockchain is similar. Notice both bittorrent and bitcoin have bit at the beginning. They both operate in a similar manner as well.

The blockchain consists of a decentralized distributed database of blocks of data. In the case of bitcoin, the data is that of transactions people make between each other. Transactions are represented by data of person A, sending to person B, amount X. The transaction request between person A and B are linked through a hash of characters in one block, that references a hash in another block. These blocks are then linked in a network to chain them together as one larger ledger of all the data.

The overall ledger is the blockchain itself, with all the blocks chained and linked together. Block changes made in one location get propagated throughout the blockchain ledger for anyone to verify. This allows for trustless security that does not require a database administrator. Access to the private and financial aspect is done on an individual basis with a public-private key pair. This way, the integrity of the data is upheld without the need for third-party organizations to be trusted and relied upon for transactions with fees charged for such a service.

If we each want (at a cost of running hardware), we can hold a copy of the whole: a media file for bittorrent, or the ledger for bitcoin. If someone wants a block, chunk, piece or bit of the larger whole, we can send them a part of the file in bittorrent, or send them a block to copy into their node in the blockchain. For bitcoin we can also be a verifier for transactions taking place across the planet. Once two blockchain verifiers confirm the transaction from one block to the other, it continues to be propagated throughout the blockchain in order to update everyone else who runs a blockchain node. The data is copied and mirrored by being decentralized and distributed to everyone who hosts a blockchain node. 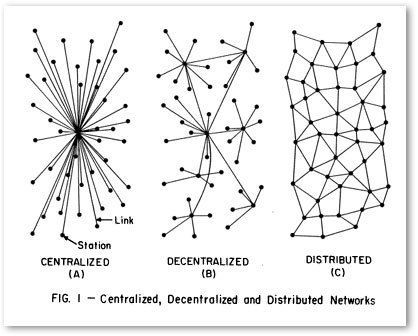 Decentralization is important in bittorrent and bitcoin/blockchain, because it means the data is not being held in one location like standard data distribution. This removes potential risk issues of data corruption, fault tolerance, being hacked, a location catching on fire, or any number of other possibilities.

If one node goes down, ok, all the other nodes are still there to keep transmitting the data. But in the existing model that most businesses use, if their servers go down, the data goes down, at least for a some period of time until backups get put in place. This requires a system administrator for the entire network. In the decentralized model, there is an admin of each node ensuring it is up and running.

No centralized copy, means no agency, like government, can take the whole network down. This is how bittorrent operates as well, but bittorrent has a centralized tracking host that manages all the entries in the network. Governments can still take down the ability of people who connect to a tracker, from finding each other, by taking down the tracker site. This has been done to many sites, like Supernova, ThePirateBay, Kickass, Torrentz, and more.

The blockchain does not have this weakness of a centralized tracker being required. This means taking down the network would require actually taking down all of the distributed nodes that form the network. 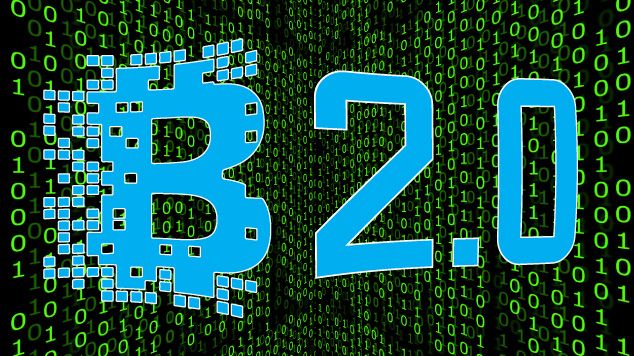 Many of the new cryptocurrency coins are backing themselves and their value on the development of these new Blockchain 2.0 technology. Many people are developing, or trying to develop, applications into blockchain technology, such as Facebook, Twitter, Youtube, music services, markets, advertising, selling products, and so much more.

Cryptocurrency is also called “alt-coins”, or lovingly referred to by the moniker “shit-coins”. Many of these coins make promises that either fall short, or are empty and fall flat in the end crashing everyone’s investments.

The financial industry is developing various alt-coins. Banks are looking into making their own. Countries are looking into and already developing blockchain technology for governmental operations. These aspects of our way of living will all use closed source blockchain technology. Royalty collection from copyrights and their management can use open secure transparent blocktrain tracking.

The banking sector and finances are going to be adopting the existing technology quickly in the coming years, especially as secure ledgers, as bitcoin has already done. The next technological revolution is going to be based on the blockchain trustless technology in most sectors, while decentralized distributed public open-sourced transparency will be less adopted. Governments and financial industries will only take the trustless security aspects of the blockchain along with some distribution, making it closed source. It will not be decentralized and open for anyone to access. For issues of privacy, this sure makes sense. The security sector can use the blockchain for enhanced security and identity protection.

Information is power. Power preserves itself through secrecy of information in many cases. This is how intelligentsia operates. Things may change in the long-range future of government and banking as society changes, but for now, decentralized blockchain power will not be used to its fullest beneficial open source potential in society, as this tech revolution just started. It can take a decade for a generation to see a technology with mass adoption and propagation through society.

Blockchain 2.0 is a recent development within the past two years, and we have yet to see the fruits of the labor currently being done. Even Blockchain 1.0 is new, and not yet widely adopted, only starting to become more mainstream, and is more and more a popular topic in the media. Internet 2.0 took 10-15 years after the initial Internet from the 90’s. Blockchain 2.0 will be coming much quicker though.

Graphene was made to improve on the original bitcoin blockchain technology, and has achieved success, such as the size of the transactions being reduced by 2.5 times, and this affects how many transactions can be transmitted in a certain time frame which means sending 100,000 transactions is 2.5 faster (from what I understand).

Not only does Steem use a new and improved blockchain technology, it is also at the tip of the spear for the new Blockchain 2.0 application development.

As far as I know, the first working and released popular application built onto the blockchain technology, that doesn’t revolve around a cryptocurrency coin alone (like bitcoin), is Steemit. Steemit is a blogging platform built on Graphene and uses the blockchain to decentrally and openly store information. Anyone can access the information and manipulate it into various formats. This is not how regular blogs and sites operate. All of their information is stored on a local database, that only they have access to.

Steemit is a blogging platform that allows people to post and engage in a voting process that pays people in a cryptocurrency for their content. Each day new Steem currency is created, and a portion goes to the daily pool for author and voter curation rewards. The more Steem Power you have, the more your vote attributes a larger portion of the daily pool to the posts you vote for. Getting more Steem Power requires posting content to get upvoted, engaging in vote curation, or buying Steem and Powering it Up as Steem Power. To get a a payout on your posted content, the quantity of upvotes matters, but more so is the amount of Steem Power the people who vote for you have.

There is a lot more to Steemit’s functionality that can be mentioned, but that could make a whole post in and of itself. 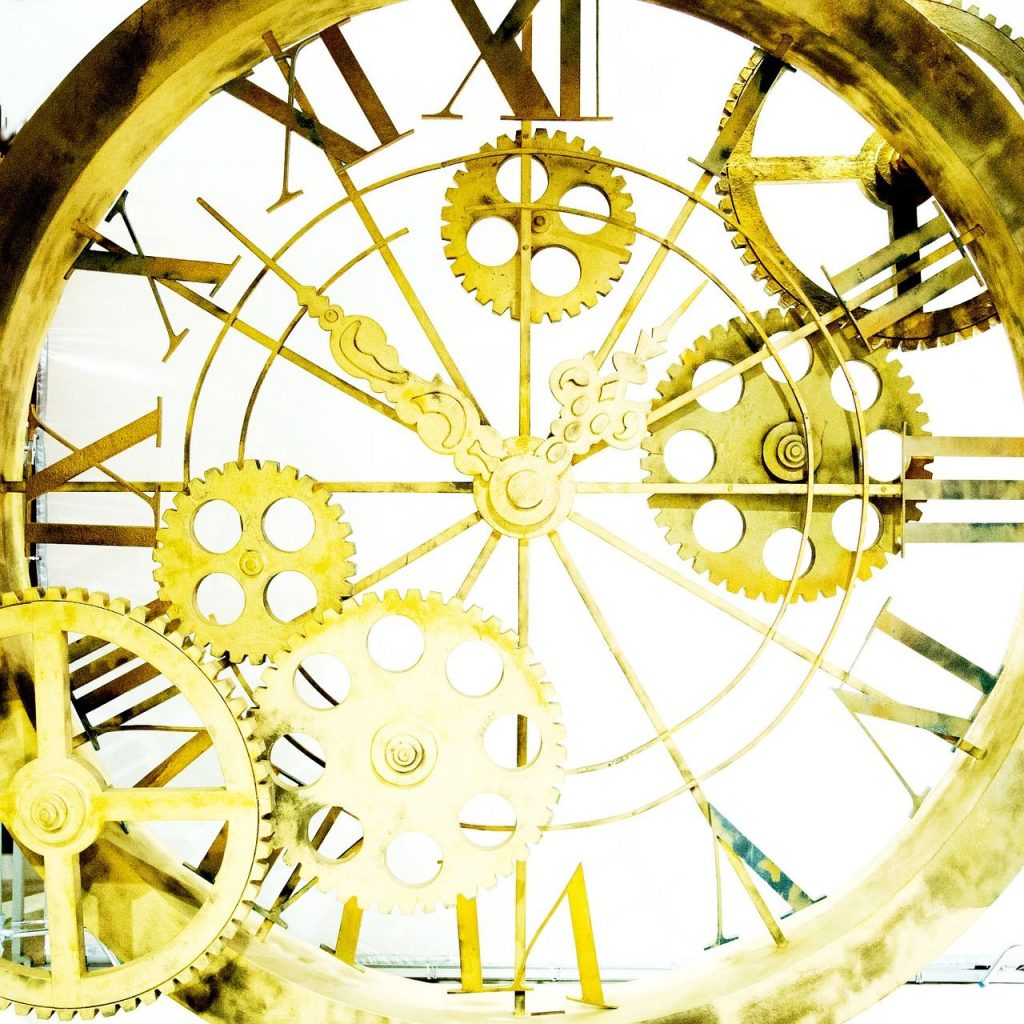 Steemit is not only spear-heading the Blockchain 2.0 revolution by it’s own development alone. Steemit, through it’s blogging-communication social-media platform, has facilitated the networking or people for the development of new projects and applications that will be built onto the Steem blockchain.

There is already a market place called Peer Hub for buying and selling of products, using a Steem cryptocurrency.

SteemQ was announced. It will be a video platform, like youtube, but decentralized. Other alt-coin projects have been previously announced, claiming to be working on decentralized video aspect. But I think the Steemit community will get this Blockchain 2.0 video platform up and running before the alt-coin developers will.

There is also advertising revenue that is being developed to integrate into the blockchain.

The Steem cryptocurrencies are being adopted in more and more places online. People who blog on Steemit are accepting Steem Dollars for their business.

SmartContracts and Escrow are already enabled in the backend off Steemit. It just needs to be developed into a functional aspect of Steem/Steemit.

There are many other things being worked on by many people behind the scenes that will be released in the next few months.

And this is only after 6 months of Steemit existing!

Steemit is paving the road and leading the way towards new Blockchain 2.0 development!

Steem is more than just about a blogging media communications platform. Steemit is one part of Steem, and Steem is the blockchain network of the future… as long as we can recognize issues and resolve them as we keep going. Dealing with the inflationary model is the biggest hurdle that I see for the long term survival of the cryptocurrency.

World domination is in full sight. Blogging is the tip of the iceberg as Dan has said. The decentralized operation of a cryptocurrency, run by all people, is the goal. 1) Use applications in daily life as a means of getting people to know about and adopt the Steem cryptocurrency, from blogging, to video and advertising. 2) The use of that cryptocurrency in real life is what comes next, to buy and sell goods and services in a marketplace. 3) Then create new content, new products, new services, new apps, new anything, that are offered through the Steem blockchain with a zero-fee transaction process.

The first place to get these new Blockchain 2.0 apps, will be on the Steem blockchain, as Steem/Steemit seems to be the first network to develop and release them. Other alt-coins seem to be progressing slowly by comparison. First come, first served. If the Blockchain 2.0 developers do things right, they will be the first on the scene to the new decentralized application world we are heading into.

Anything can happen going forward. Developers can add and remove things, and Steemit itself can have things added to it or changed and removed as the community grows and develops.

The future holds much potential with many possibilities. Problems are being uncovered, shared, brought into more peoples awareness, and then solutions are found. Refinement takes times.

Hold in there fellow Steemians, because the future of decentralized blockchain technology, and Steemit, looks mighty bright.

Blockchain good. Blockchain 2.0 better. Steemit will take over the universe. The end.

Blockchain is a trustless distributed method of transferring data. Blockchain 2.0 seeks to go beyond the mere database storage aspect, and implement decentralized applications that can potentially replace giants like Facebook, Twitter and Youtube. Steemit is at the tip of the spear, smashing barriers, kicking ass, taking names, and pressing forward with a community driven development of Blockchain 2.0 applications that will use the quicker Steem/Graphene blockchain technology. 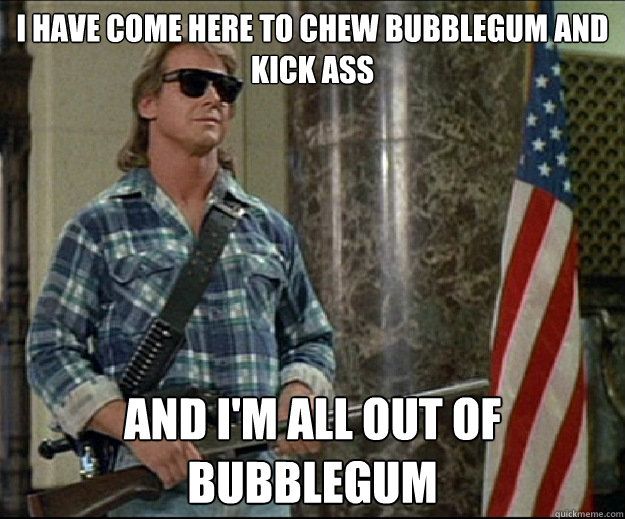