Most of us lack an understanding of how to think correctly, and how words are defined as well. Belief is not truth, despite how many people erroneously think and confuse the two. Recognizing the difference is crucial, yet most people do not. 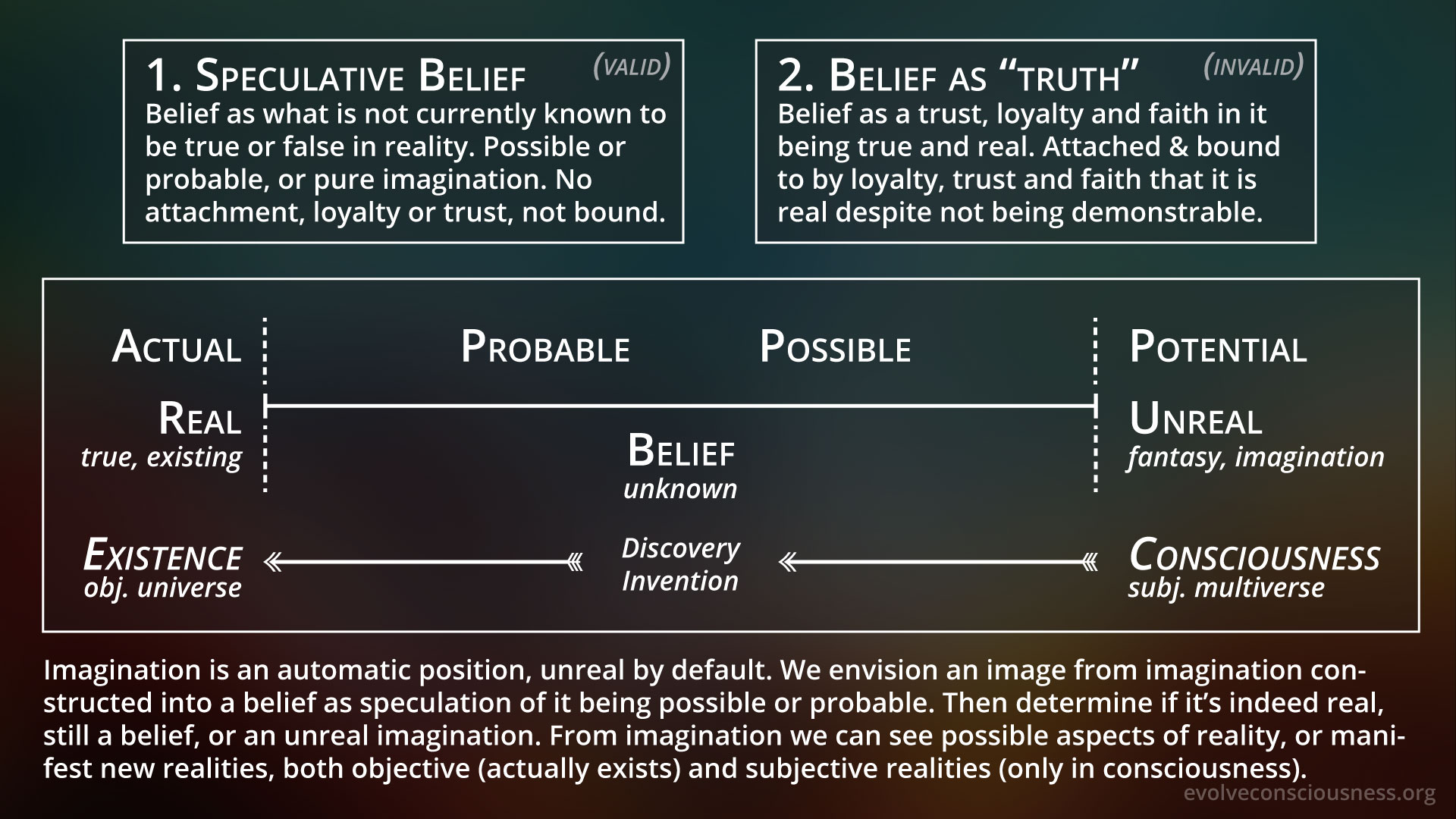 Truth is synonymous with reality/existence. Latin veritas (truth), it is veracious, it has veracity, it is verifiable, in reality. Beliefs are generated from the phantasmal imaginal realm in consciousness. Beliefs can be true, but they need to be proven true to be true, otherwise they are simply possibilities and relegated to the category of fantasy speculation for the time being, not truth.