What are borders? Are they allowed? 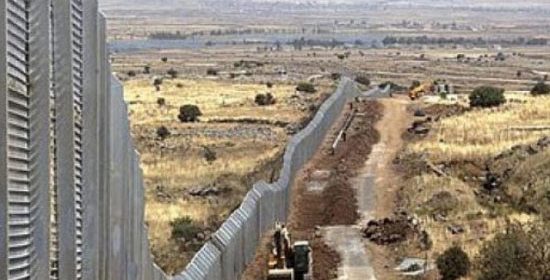 I see a lot of people advocate no borders. Some people even denounce attempts to protect borders.

Well, I’m all for real open borders in a world of sane people of higher moral living. But we’re not there yet. Just like I would like to live in an anarchistic society… we as people that make up society aren’t there yet to deal with that level of responsibility and freedom. 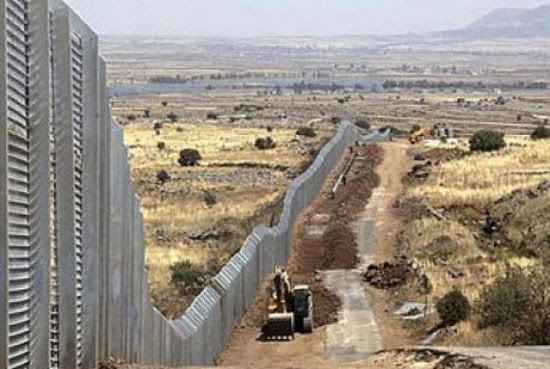 Are border invented? Yes. Is that your claim to delegitimize their creation and use? Maybe you also argue that borders keep people separated as well?

Did you know your house was invented too? And that your house is a border between you and others? You even have borders within the border of your house, with walls and rooms. Imagine that!

Are houses not legitimate then, because they are borders? It should be evident, that to argue against borders based on the grounds that they are invented, fabricated, etc., or that they “separate” people away from a global “unity” koombaya dream… is irrational.

But maybe you don’t see that yet…

Hey I don’t like my house, or my family, maybe I’m being harassed, abused, etc., so I don’t want to live here. I’m just going to move into your house, OK? Borders are fabricated “illusions”, so I don’t recognize the fabrication of your house to better protect yourself by segregating or separating yourself in your own little area.

Does that seem legitimate to you?

Well, it’s the same thing with borders. Wake up 🙂

If i want to let you into my house, thats my choice. If I don’t, that’s also my choice.

If I want to let you into other borders that have been created or fabricated in my area, by me and others who live here, then thats the choice of the people inside that border area too! 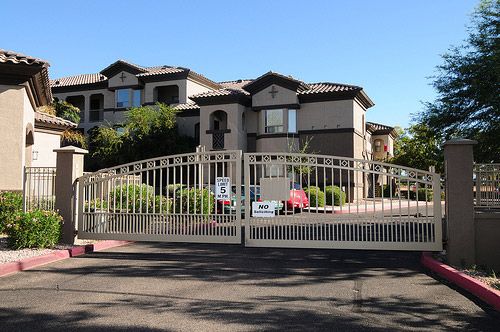 There are borders and barriers to a house, a community, or a country.

It’s the same principle at work to create them: protection. Protection from others, but a house also protects from forces of nature. A house has the greatest level of segregation and separation for protection, more so than any community or country can have. Yet people aren’t “whaling” about how illegitimate houses are under the grounds of “disunity”, “disconnection”, or “separation”, are they? 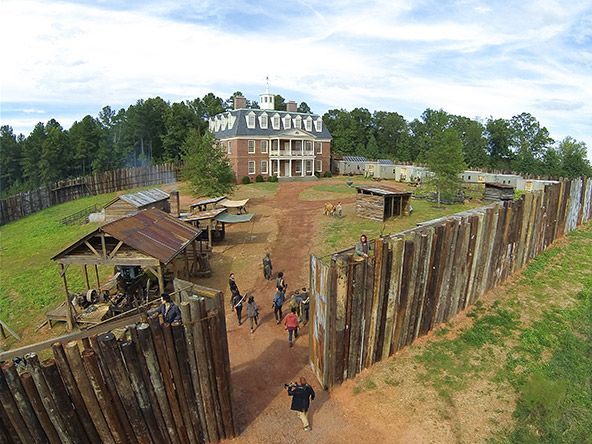 Who ever needed borders!? What a bunch of fools, right? LMAO! 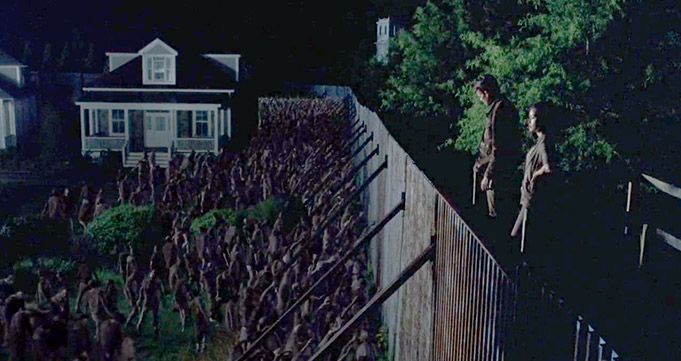 Like I said earlier, in a better world where people have reached a certain level of consciousness to understand how to live in full freedom and responsibility, then borders and barriers can potentially be removed. But that is always up to the individuals in a local area to decide, be it a house, community, or country.

I can have a house with me alone, or others. We decide how things function in that house. That is our area, and we make the rules within it.

I can have a larger area with me alone, or others, and do the same. (not that this happens in a country where we abdicate personal responsibility and give our voices to “re-representatives” to re-present us)

We establish rules for use of that area. Whether its exploitative and disregards many aspects of properly understanding what and where “ownership” can apply, or whether it’s a “holistic” community that respect each other and their environment.

Walls or no walls, house or not house, it doesn’t matter when we’re talking about how borders and protection get created in the first place.

It starts with each individual, and then progresses outwards. We create, invent and fabricate borders in many ways. Using the fact that borders are invented as an argument to say they are “illusory”, “bad”, or whatnot, is foolish.

I could even live in an area, alone or with others, that doesn’t have walls or a house, and just live in the open. This is more possible in warmer and moderate climate all year round.

My point is that borders are a natural mechanism we apply to our environment in order to protect and safeguard ourselves.

I have even made a post on the origin of the word economy, how it relates to house, household, hold, ownership, etc. Of specific relevance is:

Hold has this meaning of hiding, and euphemism of being a guardian, protector, keeper, watching over and tending of the “flock”. It can be for good, or for evil to protect and hold onto property. When it goes wrong and dark, anything can be viewed as property of ownership, such as other beings.

The home, and other borders, are created by us in an attempt to protect and guard over ourselves, our family, our possessions, etc.

Because in our world, “might makes right” is still a primary ideology in our corrupted consciousness.

Even people who don’t claim to live this way, still support it through their tacit acceptance or outright support of statism and external coercive authority. Until we raise our consciousness to higher moral living, we are going to continue to have to worry about our safety and survival. Unless we are someone that blindly has faith, trust and loyalty in government as their daddy-mommy-nanny protector, then I suppose that person already “feels” safe and has no need to think more deeply about what is going on in reality. Just follow and obey the orders of government.

If “unity” is truly your goal, then we each have a lot of work to do.

Lets each get our houses in order rather than clamor and wail for the fantasy of “blind unity” through emotional attachment to wanting things to be a certain way when they can’t be that way yet. As I have said many times, truth inherently dividdes from falsity. True unity cannot be created until the darkness of falsity we are attached to as a way of life is let go of, and we seek the light of truth instead.

We have some cleaning to do in our houses – the alchemical inner-work of the warrior. Our individual temples, the house of our consciousness, is the most meaningful house we build our lives. We have work to do internally within ourselves to be a warrior. Have the courage to face the mirror, admit wrongs, and correct mistakes.

Another metaphysical house is the larger house of our communities that create the way we live.

The are metaphysical “houses”/”borders” of:

There are also physical “houses”/”borders” that extend from those previous metaphysical houses. There are multi-level communities of interactivity/inclusion: house, local, country, species, planet.

There are many borders and separations in place for us to recognize or apply in diffeernte areas of life.

It works from the inside out.

We can agree to not harm others, but that doesn’t mean we are actually united in a way of life to move forward together. Unity is formed through unison, by being on the same page. Not harming others is just a first step to climbing that mountain of unity and doing the work to get to the top.

We have to start from the basics: ourselves! The individual! Understand how this cleaning of houses and setting up borders works for the individual first, then the group. Then grow outwards to understand the validity of borders in our societies, and when we can actually be “rid” of them.

Incompatible cultures can’t unite. Their way of life diverges too much from each other to possibly unite. Yet, the socially engineered cultural marxism doesn’t care about these real dynamics of human behavior, interactivity and how unity is actually formed. “They” are trying to force unity through forced multiculturalism, without having the outgrowth of unity develop from each individual outwards in a true decentralized authentic way. Centralized authority is trying to manipulate us into false unity which doesn’t work.

Some people do get along however, as they are mostly on the same page as a way of life. So they just have markers for borders to let other people know they can’t do what they want, as if it’s their own land. 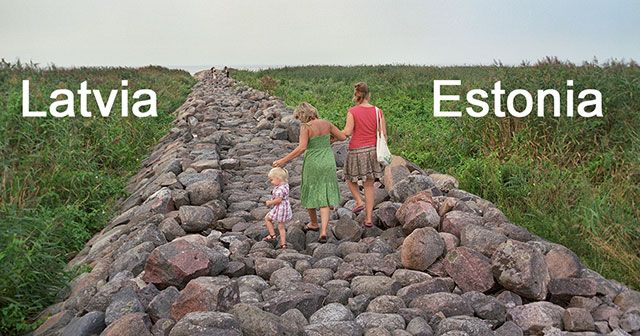 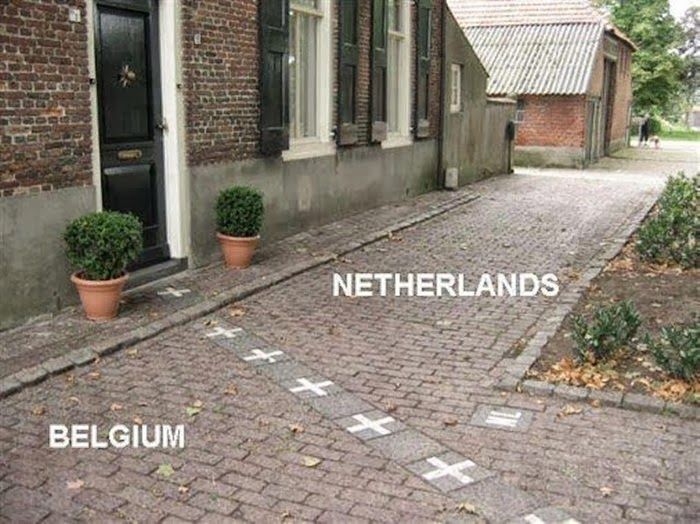 Borders and boundaries are everywhere in life, even in personal relationships like romances, friendships, family, etc. Stop rallying against borders. Borders aren’t the problem, human consciousness is. That’s what my main work tries to help people understand more of: ourselves (know thyself). We are all consciousnesses and we can all better understand how human consciousness functionality works across the board.

Fear is a large part of life. Do you want to work on removing borders? Then work on consciousness not creating wrong-actions and immoral behavior for others to fear. If there is nothing left to fear from others (practically) — with no more lack of self-control that has other people demand statist external coercive control over our lives to protect us from those who don’t control themselves — then we can get closer to no more borders and the ideal of true unity.

Those who are stuck in a blinded myopic vision for false “unity” need to understand how unity really works.