With some severe cases of illness from what is being attributed to coronavirus infection, difficulty breathing occurs. Ventilators have been used in severe cases to try to get oxygen to the body. 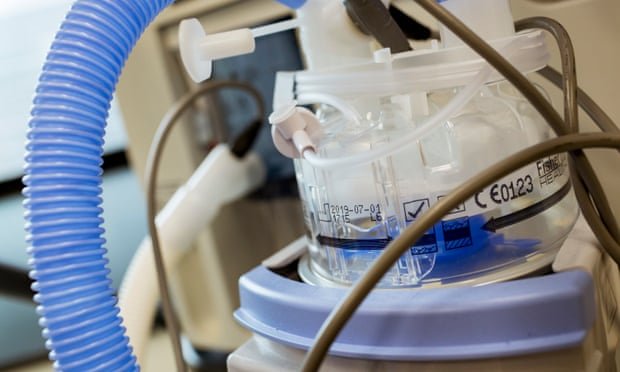 Source
Doctors are reluctant to try other treatment that aren’t “officially” approved, despite numerous cases of doctors using vitamin C, vitamin D, vitamin A, zinc or other treatment measures with great success.

Ventilators are often used when to get people to breathe, lung when you apply anesthesia and the body can’t breathe on it’s own. Having water in lungs is also another reason. With the cases of trouble breathing, or no oxygen getting to the body, doctors are going to ventilators, as a default training procedure apparently is “when in doubt, intubate”.

Doctors appear to be testing patients blood, and seeing that there is not enough oxygen. They avoid using oxygen masks or nasal tube to push oxygen into the body, as they worry is this pressured air flow could spread the virus into the air. Instead they are intubating. But ventilators can cause lung damage, not that this is necessarily happening in these cases.

Many placed, such as New York at 80% fatality rate, are reporting an usually high level of deaths from intubation, which isn’t what usually happens when you intubate someone and use a ventilator to get them to breathe.

It seems that the ventilators are failing to help people: they are possibly ineffective at getting blood into the body, or possibly even harming the lungs although that’s a stretch as the reason they would have died. Autopsies would need to reveal the cause of death to suggest lung damage.

For weeks a mania has been spread by the mainstream media again that there aren’t enough ventilators to treat coronavirus patients. Finally some connections are being made between abnormally high death rates from using ventilators in attempting to get oxygen into coronavirus patients. The best practices and procedures may have gotten int he way of better evaluations of patients and how to treat them. This includes not using oxygen supplies for fear of spreading the virus, to the refusal to use non-sanctioned treatments to allow the body to deal with infection, such as the vitamin D, C, A, zinc, etc.

There is also a new paper from China about COVID-19 suggesting the infection attacks hemoglobin and prevents the transport of oxygen in the body.

If this is true, then it’s not a respiratory disease or issue, but more of a blood disease or issue. The displacement of iron and preventing of carrying oxygen in hemoglobin is similar to what happens in malaria. Chloroquine, is originally a malaria drug, which has shown to be effective against treating this new infection being called coronavirus. COVID-19 may not be a standard ARDS (acute respiratory distress syndrome).

Doctors appear to be seeing high levels of ferritin in the blood of patients, which is released in the blood to trap free iron so it doesn’t cause us health issues. The paper from China appears to relate with existing evidence. The hemoglobin is being attacked, releasing iron into the bloodstream, lowing oxygen supply in the body, and increasing the amount of ferritin. Although chloroquine might not be used, some doctors are starting to give oxygen to patients with greater success of treatment than ventilators.

This would explain why ventilators are not working, and patients die of due to no oxygen flowing in the body. It would explain things. Instead of ventilators helping patients, they seem to be failing to help in most cases. Ventilators might be counterproductive to helping a patient since another valid and successful treatment isn’t being used instead. Ventilators should be avoided until other measures are exhausted (meaning there isn’t a shortage of ventilators), not hyped-up as the necessary treatment for coronavirus.

Instead of saving lives, a focus on ventilators may have been costing lives. The media fear-hype panic and social stigma to speak out against the “official” narratives is preventing some people like doctors from speaking out, but some still do, thankfully. What do you think?