Turning Point for Humanity? Will the ‘Safety Measures’ for COVID-19 Be Reversed, or Has the New Control Grid Arrived?

I look around at how people are reacting in fear, and how they are so willing to do what the government says. Compliant consent to the information being fed to them by the mainstream media, and how to behave.

Then I see how people are calling police on their neighbors because too many people are attending a child’s birthday party. I see how police are giving out $1,000 tickets for people who are walking closer than 6 ft / 1 meter to others.

Then there is the renewed push for a cashless society, because cash is a carrier for the virus, right? Idiots have been calling for a new digital currency, but we already have digital currency in our banks with ATM cards and credit cards. We don’t need another digitalization of money. I went to a grocery store a few weeks ago, and they were accepting cash, but rejected my rain check, which didn’t make sense because they both can carry a virus. Inconsistent policies deployed by fear-hyped panic mindsets. Stores are still taking cash, well because it’s money.

And don’t forget the economic siphoning in wall Street with the $7 trillion bailout once again. Another huge transfer of wealth for the elite crooks in their money magic gambling games, as the rest of us become bigger debt-slaves than before.

These “measures” are some of what is going on right now, as we tacitly accept them as “reasonable” in our ignorance and ultimately at our apathy at figure out what’s going on, to know we are being fooled, hoodwinked, screwed, bamboozled, tricked and conned into losing more of our freedoms while think, once more, it’s for the betterment of all our safety and security. 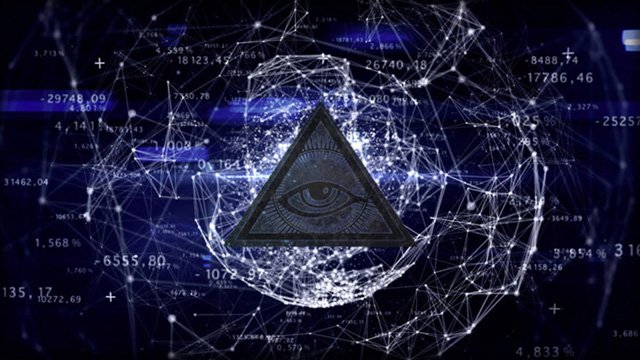 This is where the end-game control is. Injecting mercury, aluminum and other nasty stuff into people, where some get vaccine injuries but who cares, it’s for the great good, collateral damage is expected, you don’t really get a choice. Do it, or you can’t do shit in society. No job, no public transportation, etc. Or, why even offer a choice, and just inject people without their consent, because it’s for the great good bullshit. After all, you are a threat to everyone else if you don’t get vaccinated while everyone else already is. Make sense.

Apparently this is already being done in this current fear-hype state, as a video of a man refusing to be pricked by a needle is jumped on by police and injected with a needle by a “health-care” worker. Rights? What are those? Do as you’re told, or else.

This is the attitude is here and getting stronger it seems. At first people will tolerate or welcome it due to the fear-hype panic of COVID-19. But, will it go away after? Will things return to normal? Will people wake up to the greater control agenda being implemented? Or will it will be normalized and excused as a necessary “safety measure” to continue to keep COVID-19 at bay, or to prevent future “outbreaks”, or some other reason?

I see this event as a turning point. Is it just a test to see how much control they can get into a fear-hyped populace, or will this state of action remain after the “crisis” is dealt with?