Censorship sucks. That’s pretty obvious. If you haven’t been on the receiving end of it, you probably know of someone who’s felt it. Pick a popular social media platform and there are hundreds if not thousands of people who have been censored on each. 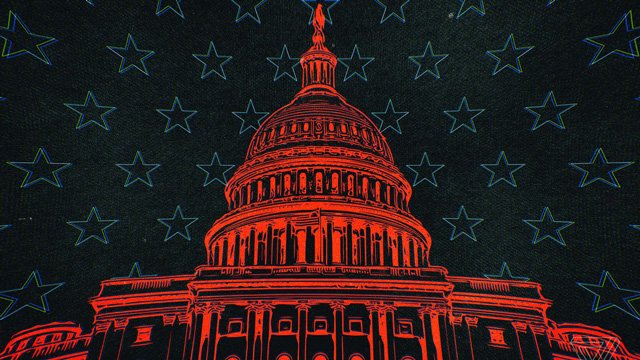 Source
It’s been ramping up the past 2-3 years. People have called for government to be the big brother and regulate (control) these big tech giants. And Trump has initiated steps to do that. Last week he signed an Executive Order to reevaluate Section 230 of the FTC. The argument is they act as editors, so they should be exempt for the ‘liability shield’ provided by Section 230.

“Currently social media platforms like twitter enjoy a liability shield because they are a ‘neutral platform’ – which they are not…social media companies who engage in editing or censorship will be stripped of this shield, while companies will be punished should they engage in any “deceptive” acts. Federal agencies will also be barred from buying advertising on these platforms – a direct attack on their bottom line.”

A review is on the way. The goal is to remove their liability. What does that mean?

Currently, these social media giants can’t be sued for published content, unlike mainstream media can. But when they act as editors of the content, the Section 230 shouldn’t apply anymore, so the argument goes.

What will that result in? More censorship. What, what do you mean more?

Think about it. When the social media giants no longer have the liability for content published on their site, they are going to have to become real editors of all the content. Lawsuits will come rushing in if they don’t, and they will go bankrupt in a bit of time. Mass sell off will help that happen. But they might survive.

Some users will get booted, eyeballs will decrease, ad revenue as well, but most of the fluff content will remain and people will still go there to do whatever crap they do. The informational content is not their biggest source of viewership or interaction. I don’t think it will affect them much. But those of us who use the site for disseminating information will be greatly affected.

It’s better to censor that get fines by governments or face lawsuits from people suing. France has already put in a law in May 13 to fine Facebook, YouTube, Twitter, Instagram and Snapchat 1.25 million euros if they don’t remove certain content within 1 day or 1 hour.

In essence, what Trump is doing is going to ensure that more censorship happens. It’s a Hegelian dialectic. Thesis, antithesis and synthesis. Two seemingly opposing sides that will “battle” to form a new model that produces the outcomes both want: control of the information.

The current goal of censorship on the various social media platforms is for the control of information. This controls and limits the perceptibility of information, which control what people can see and come to think about. It’s mind control.

More government influence and control will not give us less censorship and mind control. The revision of Section 230 to exclude social media will apply not only to the tech giants, but to all the other social media sites. Ya, those sites that the those who spread their informational content use as alternatives.

If people want to regulate social media if they regulate free speech, they are not going to get their free speech in the end. Not if they target Section 230 to make them liable as publishers and editors. Expect more control over free speech and information flow.

Whatever side you look at, they want control. Social media and government want to control information. This fight against censorship being in the hands of government, is not a winning battle for those of us who want to preserve free speech.

Governments around the world don’t want people to know about certain information. Social media sites are a marketplace for the exchange of written or verbal speech and information. WikiLeaks has broken open so many previously unknown facets of government dealings. The most important are arguable those from Edward Snowden and Chelsea Manning.

In 2009, WikiLeaks put out an editorial about growing pro-government censorship titled Western internet censorship: The beginning of the end or the end of the beginning?.

The biggest censoring government is China. They are a model for authoritarians (governments) the world over. They have had WikiLeaks banned since 2007. In 2009, other governments like Australia where Julian Assange is from, put WikiLeaks “onto a secret list of sites “forbidden” by the Australian Media and Communications Authority, or ACMA.”

WikiLeaks offices were even raided by German police in March 2009. Some information is that damaging to the authoritarian architecture of our societies.

Other pro-censorship governments fall into 3 categories according to WikiLeaks:

The pro-censorship governments exposed by Wikileaks can be divided into three broad categories:

These measures are originally adopted through justifications of stopping criminal activity, like child pornography. But those are stepping stones to greater online censorship. It eventually leads to political content.

That’s basically what has happened to social media. First it was violence or criminal activity that was banned, and now it’s inconvenient political views.

Governments want a lot of information censored. If the legal structure wasn’t so well established for freedom of speech, they would just censor things left and right. And some governments have because they just trample on thees rights with new “laws”. They have “magical” powers and rights the rest of us don’t.

Weakening the established free speech measures will serve to aid in those efforts to increase censorship. This is what “repealing Section 230” will lead do. It may be a slow grind to chip away at, so as to make it less perceptible, but Trump is on the job with a chisel.