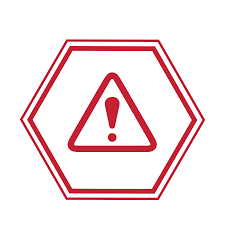 There is a running joke about the coronavirus and pandemic, that’s it’s so deadly that you need to test people to know they even have it. Is that accurate?

Well yes, you do need to be tested to know you have it, since you could have the flu. Contrary to the CDC recommendations and guidelines, of just assuming and presuming someone has COVID-19 without a test. That’s “science” somehow lol.

But even if you are “Test positive”, doesn’t mean you have COVID-19. You could have the flu, or a cold, or other respiratory illness, while testing positive for some genetic material that is allegedly SARS-CoV-2.

I’m reminded of the movie Outbreak with Ebola. If you have Ebola, eventually it’s obvious in the symptoms. I don’t remember who, but it was a crony connected to previous scams with the Anthrax scare and the failed vaccine, who said SARS-CoV-2 was the worst virus he’s seen, worst than Ebola. What a joke.

You won’t really Ebola with the flu or a cold. With COVID-19, that’s not the case. Tests aren’t demonstrative of the virus, nor of a life-threatening infection. If you test positive, you could have genetic material that isn’t a COVID-19 infection; or have had it and not even noticed and it’s inactive genetic material from coronavirus this year or a previous year as a cold; or you could infected right now with so little that it won’t make you sick; or you could be slightly sick and at no risk.

If it was so deadly, people of all ages would obviously be sick and dropping dead, like they would be if it was Ebola which actually doesn’t care about age. If it was so deadly healthy people would have something to be worried about, when in reality the CDC data shows the risk to be 0.018% of death if infected when you don’t have any additional health issues contributing to your death. Yeah, super deadly isn’t it?

They need the majority of people to take the vaccine so that they can bring in the immunity passports. If only 20% of people take it, you can’t create a system of exclusion to force people to take the vaccine. But if 70% of people take it, you can excuse the minority more easily. No vaccine? No entry to a business, or all businesses, as per the government “laws”. No vaccine? No public transportation use. Etc. This is where things are headed over this bullshit of SARS-CoV-2 as some super duper deadly virus, when it isn’t.