Big news in the social media sphere as Trump has signed an Executive Order on Preventing Online Censorship to review how Section 230(c) of the of the Communications Decency Act functions. This comes after Twitter but a “misinformation” tag on a Trump post. 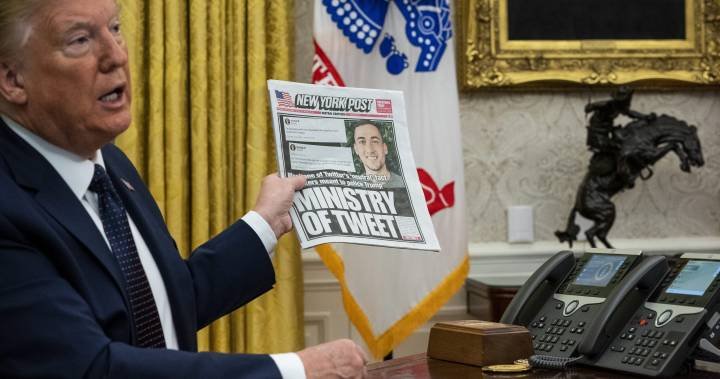 Plenty of people have been censored in the past 2 years for expressing views that social media big tech giants don’t agree with. Teams of so-called “fact checkers” popped up to become the “authorities” to validate what is or isn’t true. Only “authoritative” sources from the mainstream media or academia was to be considered “true”.

With COVID-19, the censorship increased. Anything that wasn’t supported by the WHO, was open for removal by YouTube is they found it or if it was reported to them by their hallway-monitor users. Facebook is doing similar. And Twitter as well.

Twitter poked the wrong bear, as Trump has power to create “laws” out of nowhere. And so he did when he felt the censorship himself. It didn’t matter much before it happened to him. He was content to let it keep happening to others. I guess that just shows things often have to get personal before people get involved in doing something about it.

Trump’s EO says that social media big tech giants are “tantamount to a monopoly”. They act like a public square where people can speak their voices. At least that’s how it started. They allow information to shape discussions on a national and global scale.

The problem is when they censor information. This is when they stop being a public town square to allow people to voice their opinions. Even tagging something as “misinformation” shows how they are acting as editors of the information people are voicing. This makes them “an editor with a viewpoint”.

“What they chose to promote or ignore is nothing short of political activism.”

“This censorship is a threat to freedom itself – imagine if your phone company edited your text messages or blocked your phone calls.”

Attorney General Barr said that Section 203 “was stretched way beyond its original intention…its purpose was to allow websites that were acting virtually as bulletin boards were not responsible for third-party information.” The EO calls for a review and getting “back to the original interpretation” of Section 230.

“Currently social media platforms like twitter enjoy a liability shield because they are a ‘neutral platform’ – which they are not…social media companies who engage in editing or censorship will be stripped of this shield, while companies will be punished should they engage in any “deceptive” acts. Federal agencies will also be barred from buying advertising on these platforms – a direct attack on their bottom line.”

Social media companies grew into tech giants because of the public forum model. Now they they have grown, they are betraying that model. They are using their power to enforce or restrict certain views they don’t agree with. It’s no longer a public forum, but a regulated forum where they control the flow of information.

Whent he EO draft was leaked, the markets didn’t respond well, as the stocks fell for both Facebook and Twitter.

Do you agree or disagree with this anti-censorship move?