With a rise in COVID-19 cases being reported, politicians have their itchy trigger fingers hovering over the big red lockdown button. The heat is on this summer to get us to comply once again with lockdowns, either now or in the coming months.

The news keeps almost parading the numbers of new cases. But so what? 1,000, 10,000 or even 10 million new cases, so what? That’s not a bad thing. Ya see, they aren’t talking about “OMG THE DEATHS!!!” anymore. All they got to grasp at are the cases. That’s their angle for instilling fear. And it’s not working.

In reality, the more cases the better, as that just makes the infection fatality rate drop more and more. But that won’t stop the politicians and “experts” from not correcting the IFR or in claiming the new cases are a big problem.

What we’re seeing is a “drumbeat of headlines designed to convince people to adopt new draconian government controls is more of less exactly the same as what it was back in March”, as a Mises

Peter Hotez, dean of the National School of Tropical Medicine at Baylor College of Medicine in Texas even called the alleged new surge in cases “

With the flu coming back, and hospitals having to treat people who get there, politicians will again drum up the narrative of a lack of hospital beds and the need to keep everyone locked up at home and be forced out of work. But will it be taken and swallowed to easily the second time around?

Second, Americans are now in a worse economic position compared to the time of the first lockdown.

I agree. People are wising up to the first government-imposed measures to ruin the economy and lives of millions. All for an illness that affects mostly those over 70 years old, with everyone else have a 99.98% survival rate. Yup, given the 0.26% from the CDC estimates and the 80% of people fighting it off with their immune system that don’t even need to form antibodies, odds of survival are even higher. 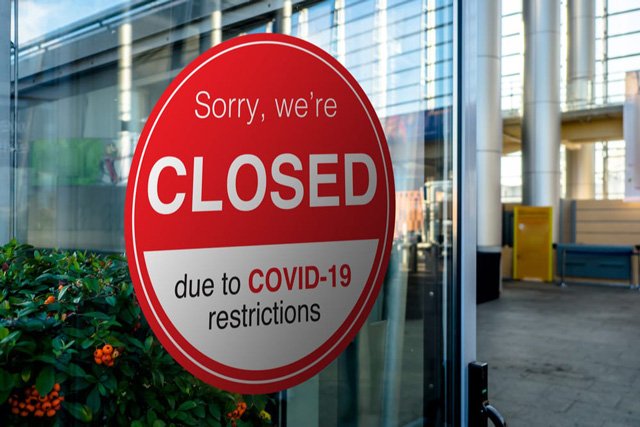 While the narrative is that the lockdown and ruin is caused by COVID-19. That’s not the truth. It’s caused by government’s response to COVID-19. Government did this to people. Government in some states also helped more people die in nursing homes where about 40% of deaths occurred.

The flip-flopping with the protests was also a reason for people to tell governments where to shove it. You couldn’t gather with over 10 people or protest the lockdown, but you could go protest with BLM, according to their fiat “laws” that expected to be enforced by their paid goon squad.

With a lower risk of the illness known, and the consequences of the lockdown felt directly for many, I expect a second phase of lockdowns to be less palatable and therefore have much more resistance to being accepted.