Isn’t that horrible? COVID-19 is fading away. That’s so bad! We won’t have enough people to use the vaccine on! It’s a “race against the disease disappearing”, as Pascal Soriot says in a recent interview.

Soriot is the CEO of AstraZeneca, a biopharmaceutical company developing a COVID-19 vaccine. Investors in the company aren’t happy as he has payed himself more each year.

Even the mainstream fear-mongers — who want you to be deathly afraid of something that’s only as bad as the seasonal flu — are talking about the disappearing non-threat. Why? Because it’s going to hurt their bottom line. AstraZeneca has a $1.2 billion dollar contract to develop the vaccine. Money rules everything around us.

They don’t want the virus to actually be gone. That hinders the mass-vaccination plan. There will be less of an invisible ever-present threat to torment the population with. They need the invisible enemy to stay in order to invoke their mass-surveillance and control agenda for the world. Virus, fear, threat, vaccine, testing, tracing, ID passport, etc.

There are 8 vaccine trials that are moving forward, of the over 30 vaccines that were being developed weeks ago. Four in China, two in the US, and one in Germany. The next move is for them to tested on COVID-19 hotspot populations. They need places where the virus is still spreading to see if it works.

Volunteers are to be tested, and soon, if they are to validate their vaccine before the non-threat non-crisis of the COVID-19 scamdemic disappear. Would you want to volunteer? I’m sure many want to, since they are blindly trust existing vaccine’s as being safe. This is despite the DOJ annually having a report about vaccine injuries, which sometimes include deaths. But don’t pay any attention to that. Just blindly trust in what your told is “safe”.

Most of the “warp speed” developing vaccine are combining two previously unsuccessful methodologies. A coronavirus has been tried before, but safety issues prevented it from being rolled out. The other is a new vaccine based on messenger RNA (mRNA) that will go into cells to create antibodies, rather than let the immune system build those antibodies.

Two never-before approved aspects of vaccines being combined and rushed into the population. What could go wrong?

You can see how much some elite masters trust vaccines. They do photo ops to show how much they support vaccines. “Look peasants, even I, you benevolent overlord, am getting vaccinated, see? See?” But in many cases, they only pretend to get vaccinated: 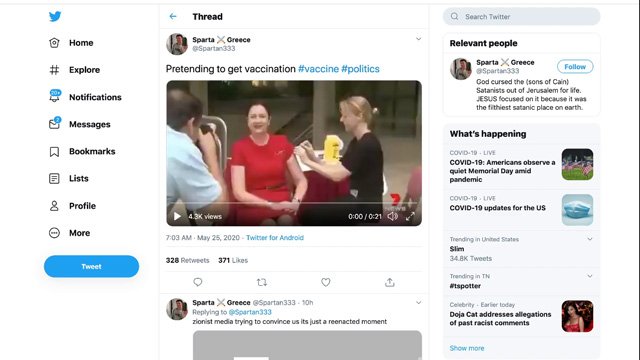 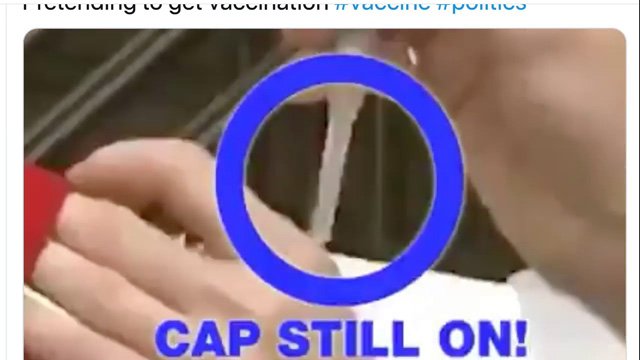 But don’t worry, vaccines are totally safe. There are only minor side effects that you can possibly have or need to worry about. Just get vaccinated. Protect yourself and everyone around you.

If you’re getting vaccinated, ok, good for you. Why do I need to get vaccinated to protect you, if your vaccinated and protected? Because other vulnerable people aren’t vaccinated? Why not? Oh right, because vaccines aren’t actually “totally safe”.

Those pushing vaccines should be completely open and transparent with what can happen when taking a vaccine and let people make their own choices. Instead, what we have is ignorance being pushed as false knowledge of total safety. People think that’s the reality. In some cases, the safety issue is known and yet those who know it still tell others to get vaccinated and don’t tell them about the potential negatives.

Many people right now just want things to get back to “normal”, despite much evidence that there will never be a back to normal unless the scmademic is exposed. And to do so, they are ready to jump at getting a vaccine. They also expect everyone else to, just so that they can get back some semblance of what life used to be. We are being manipulated hard!