Proof the Lockdown is a Bullshit Scamdemic

What was the lockdown for? Why close down businesses? Why isolate people? Why social distance? To “flatten the curve”, right?

Why did they want to flatten the curve? To keep cases low so that hospitals weren’t overrun.

This implies a fear in a spike of cases, a high curve instead of a flat one. What happens when you lift the lockdowns? The curve will spike since more people are going to interact. So, they don’t want to lift the lockdown, because then there will be a spike in the curve. This will allegedly overrun hospitals. Is that really the case?

Hospitals are barren in many places. In the US, field hospitals that cost $660 million to make aren’t being used. Navel ships sent to provide relief weren’t used. Lifting the lockdown and seeing a spike in the curve would not overrun care facilities.

People are dying because of not going to the hospital, as they were told not to go in some places like in the US. Or they had fear of contracting COVID-19 that was fear-hyped into a panic in the media. One third of deaths in England and Whales are due to this, as a recent publication in BMJ stated:

Only a third of the excess deaths seen in the community in England and Wales can be explained by covid-19, new data have shown.

care homes and other community settings had had to deal with a “staggering burden” of 30 000 more deaths than would normally be expected, as patients were moved out of hospitals that were anticipating high demand for beds.

The US Senate Hearing on COVID-19 had experts say similar about people dying from not being in hospitals where they should be to get help. Meanwhile, empty hospitals are laying off staff.

Given all that, the elderly, immune-compromised and disease-stricken were the most at risk people in any population. If there was a lockdown needed, only these people needed to be locked down and isolated from everyone else who should have continued to live life normally.

The data proves that everyone else’s risk of dying is comparable to that of the flu. Even given the inflated death counts, and the lack of knowing the true higher numbers of people who are infected, which would drive down the death rate.

Here is the data on the US deaths by age that I gathered in early May from the CDC (data was up to April 25, flu data here). 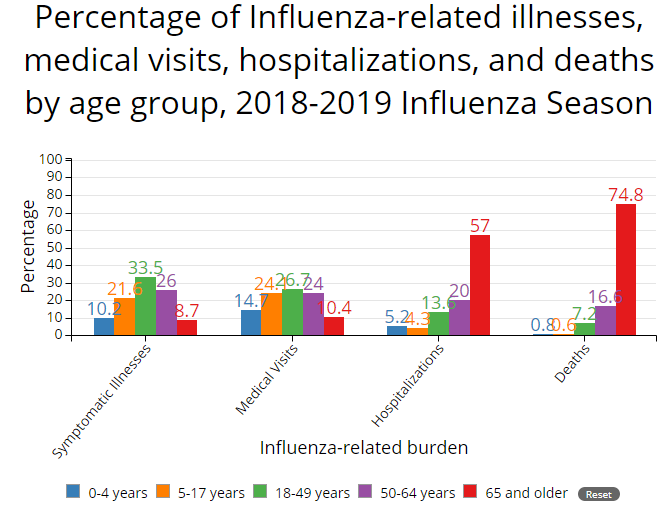 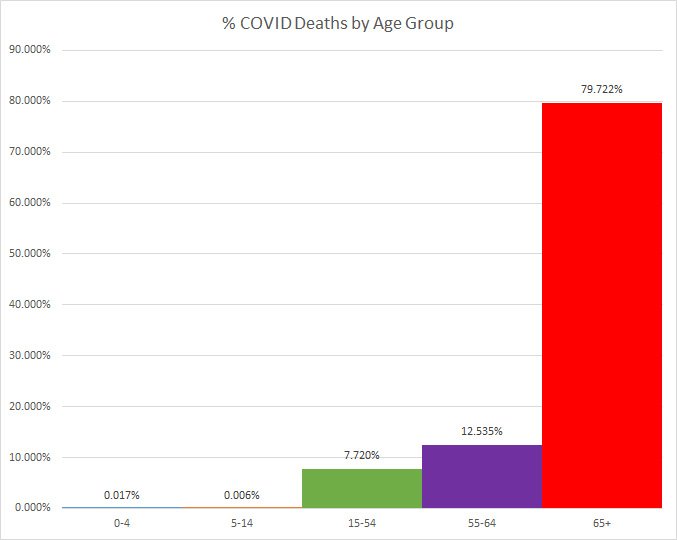 You can see that the death rate for COVID is akin to the flu for the age groups. 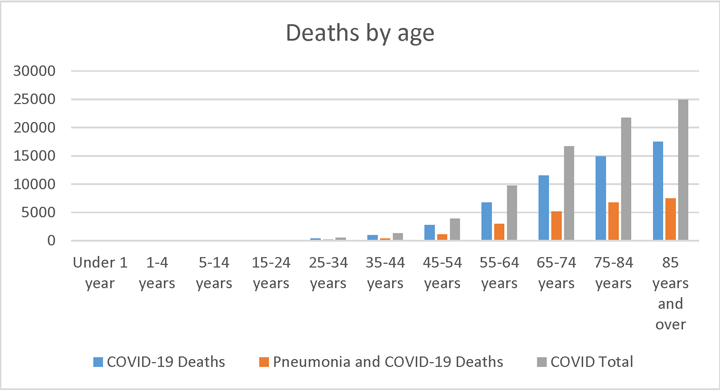 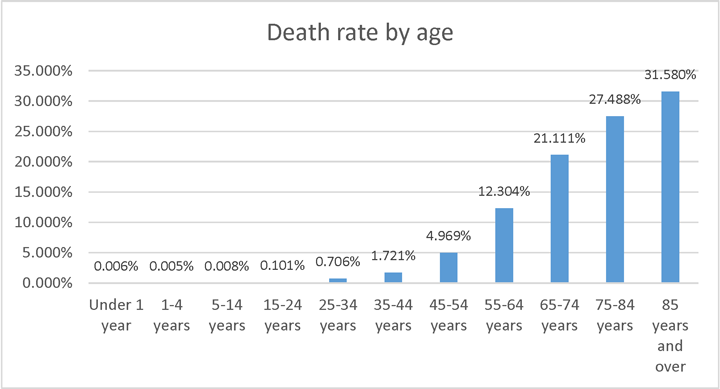 The people who needed to be isolated were only the elderly. This was known months ago.

Thousands of deaths could have been avoided if policies were actually based on the reality of who was at risk. And this was known early on when it started. It’s been known for years with respect to the flu. The elderly were always the at risk group.

This was talked about months ago. Yet, this was ignored in favor of locking down countries and isolating everyone. This has led to short- and long-term harm and forthcoming deaths that are expected to eclipse COVID-19 across the world. 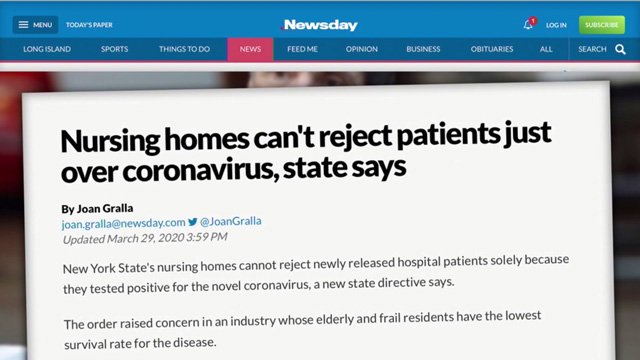 In fact, in the most devastated place in the US, New York, Governor Cuomo decided to force nursing homes that care for the elderly to accept COVID-19 patients. Forced them. The result? Thousands of nursing home elderly dead. Way to go genius. 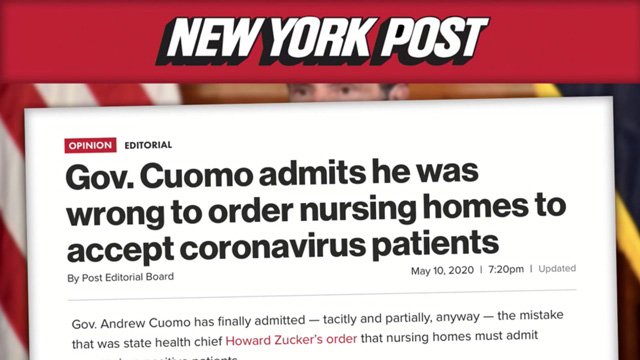 What has Cuomo said recently about his order to force nursing homes to accept COVID-19 patients? He was wrong. he said the nursing homes didn’t have to obey it, they could have challenged it. What a piece of shit. He’s telling people that when he gives orders, you don’t need to obey, after the fact. That they are just “suggestions”. But when he makes them, he expects you to obey and that they aren’t “suggestions”.

This “leadership” decision was almost as if it was meant to produce more deaths and justify more government lockdowns and isolations. Either that, or he’s a colossal idiot who doesn’t have anyone with any brains advising him on these medical-based decisions. Just keep elderly COVID-19 patients with other elderly people in a place where all the elderly are grouped together. Nothing could go wrong there…

This “man” should be ashamed of himself, if he’s capable of that, and step down from his position. Simply admitting you are “wrong” several weeks later for making a provably wrong decision at the time it was made, is a joke. It’s all a joke on us.

The belief in authority is the biggest joke that most people are psychologically wrapped around and can’t let go of.  he evidence in reality is contrary to the need for the lockdown or isolation of whole population. Still they tell us we need months more of it, lest the fear of the sanctity of the “flattened curve” is violated. Still we obey.

On last thing to consider. Most of the people who are in politics, or are rich, powerful or considered part of the “elite”, are over 50. Maybe some of them who think this is a real devastating threat fear it so much, that they fell the need to control all of society in order to feel safe. Rather than simply isolate themselves and leave everyone else alone. Maybe those who are in fear just want everyone else to suffer with them, rather than just them isolate. And maybe some of them know it’s bullshit (or even helped create), and they use fear and authority to manipulate the others and the rest of us to accept the ever-increasing control over our lives.

One thing is pretty clear, the rich or big business aren’t the ones getting hurt by the bullshit lockdown scamdemic. It’s the rest of us that are getting hurt the most.