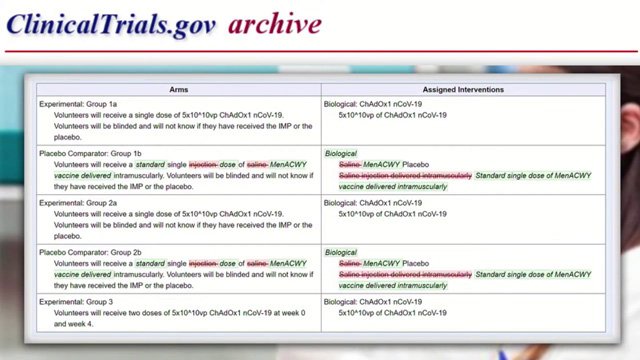 The gold standard for safety testing in clinical trial studies is a double-blind placebo study. One group receives the actual product being tested for the effects, and the other group is the control group which doesn’t. Instead, the control group gets an inert saline solution which won’t do anything. Then they can compare effects from one group who got something new, vs. another group who didn’t get anything really.

It was refreshing to see that an actual saline injection would be used for a vaccine safety study. But that was just a deception. They couldn’t allow that, as it would provide a more negative comparative outcome for the vaccine being tested.

The reason provided for the change was “explained”, laughably, on Twitter by the Oxford Vaccine Group:

Hello, we prefer this to a saline placebo, otherwise participants who have any reaction to the injection would be able to guess that they had received the ChAdOx1-nCoV-19 vaccine. The MenACWY vaccine used is Nimenrix, which is fully licensed and safe. 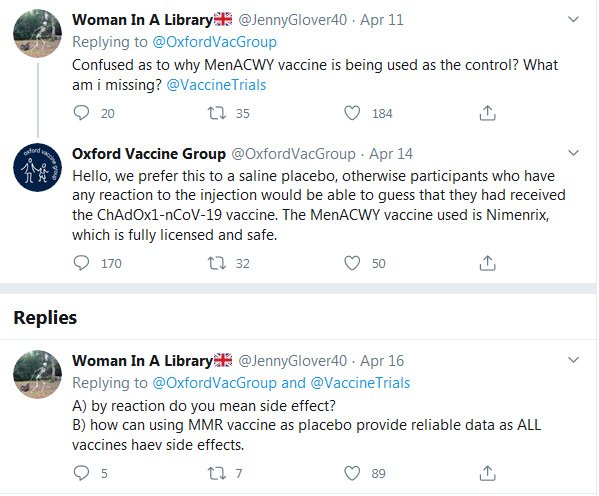 They prefer, yes, prefer, to not have people know they got a vaccine because of reaction side effects they might (would) receive. But that doesn’t make much sense, since if you give them a vaccine in both groups, not only is there no more real control group, but you just give everyone a potential reaction to a vaccine, so everyone knows they got a vaccine.

This contradicts the alleged justification to remove the saline injection. “We don’t want to only have a vaccine given, because we don’t want people to know it’s a vaccine when they get negative reactions to it. So we’ll just give give everyone a vaccine, that way everyone will know they got a vaccine.”

What does it matter if the participant knows it’s a vaccine? It’s magically not going to work if they know they got vaccinated? They can’t use a placebo or else you will know you got a placebo. Hilarious. That’s some real science there. This isn’t proper science to determine the safety of the product. The other vaccine wasn’t even tested with saline injection control group either. If the new vaccine has the same amount of injuries, or deaths, well that’s fine, it’s just a safe as the other.

Get this: the vaccine didn’t even work on monkeys! Yet they are proceeding with testing it on humans anyways. 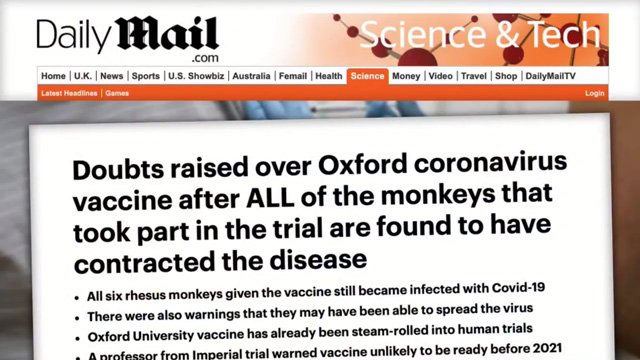 Everything is fine. The experts know what they are doing. The vaccine will save us all form the non-crisis over-hyped fear-mongered as-deadly-as-the-flu novel coronavirus. Praise Bill Gates.