The Origin and Future of Economics – Time, Attention and the Attention Economy

Here are some etymological origins of the word economy:

Since the etymology of the word originates in Greece, let’s look at Ancient Greece.

In Ancient Greece, the household was divided into various areas for various activities. Some were assigned as roles for men and women to perform. The man was the husband, the male head and master of the house, the householder. The man represented the local family micro-economic (oikos) activities as a citizen within the larger marco-economic political city-state (polis). The production, distribution and consumption of goods and services starts at the individual and local-level to then aggregate into a state global-level dynamic of interchange.

The master of the local family economic model, the man (kyrios), had control of the distribution, division and allotment (nem) that was sanctioned by custom, law or common usage (nomos) within the society or city-state (polis). Slaves were also included into the household as what the man was master over, along with the rest of his family. The house held“property” in it, and was hiding the “property” within its walls to protect the “property” from others taking it.

The man controlled, grasped and held the reigns of the direction of the household economics. He was the holder and possessor of property and ownership that encompassed the rest of the family and slaves. What was viewed as property from ownership, had value.

This directly ties into understanding economics related to money, as the possessions the householder controlled, had value assigned. The division, distribution and allotment of value within a society was why currency and coin was invented. Coinage and currency is numismatics (nomos) which has the same root as the word economics.

Euphemisms of Control, Domination and Enslavement

Hold has this meaning of hiding, and euphemism of being a guardian, protector, keeper,watching over and tending of the “flock”. It can be for good, or for evil to protect and hold onto property. When it goes wrong and dark, anything can be viewed as property of ownership, such as other beings. This is not legitimate property rights. The maser and owner of others, can indeed be seen as a “guardian” or “protector”, because they want to guard and protect their possessions, such as those they enslave through domination.

This is an authoritarian domination mindset to control others as your property because they have value for your survival. The authoritarian state also holds citizens as valued property for it’s own survival. 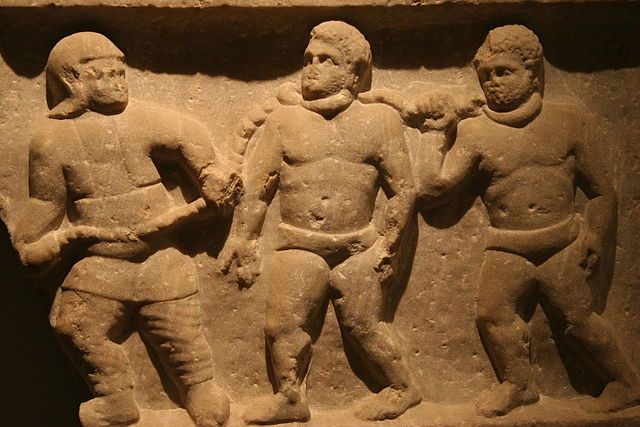 The State “Family” as the Larger Master and Ruler of Slaves

For the centralized authoritarian state, the local family is viewed as a part of the regional or global statist “family” that are connected through economic valuation. Just as the man, the “husband” of the household, was the master and owner of his property within it, so too is the larger city-state (polis) the owner of all the citizens within it. These are circles within circles of ownership and domination. From the state (polis), politics (politikos), to citizens (polites), husband (kyrios), wife, down to the outright obvious slaves. Each rung is owned and controlled by the rung above.

Anything we take grasp of and hold, we dominate over as long as we can keep our grasp on it. The state seeks to maintain a grasp and control of it’s citizens to ensure it’s survival. We are obedient slaves with degrees of freedom, but most of us think we are truly “free”.

We take control and dominate to do with as we please. Men adopted this worldview to dominate any being they could through the power of their hands, including their woman. This dominator mindset, through thinking anything can be possessed as property, leads to trying to conquer others: to conquest, war, murder, pillage and rape.

All of this dealt with theft of other’s property: from life, to material and sexual property of the body. Whatever the delusional calcified ego, in psychopathic predator domination, can take hold of and manipulate, they view as theirs, owned. Anyone subjectively weaker than them in some way, such as physically, is an open target for their domination.

This also applies psychologically, through the manipulation of consciousness, whereby someone can dominate the consciousness and will of another to subtly and covertly direct their actions and behavior accordingly (as much of my work on the Power of Consciousness has emphasized).

Even today, men, women and children all over the world are sold into horrors, they are helpless. Psychopathy in behavior towards other innocent beings is rooted in the same underlying disunity and disharmony with Moral Truth/Law.

This may be the origin of economics in Ancient Greece, but it’s not the ideal of economics that we can use as a model or framework to exchange value.

Anarchy means no masters or rulers over others, hence no slaves. These earlier economic models and word meanings emphasized being a master over others in many ways, even promoting outright explicit slavery.

For economics to be be a better model for us to use, greater morality is required. This can lead us towards greater anarchistic models of living and a more prosperous economic model for living.

Origin and Future of Economics

If we think about the development of economics prior to Ancient Greece, we can already see that it started with the family unit.

It starts with the family. Before there is a social economics with a medium of exchange for goods or services like coins or currency, there was reciprocal exchange of other kinds.

We are each born, which necessitates a father and mother. This is the first setting for social interaction and reciprocal exchange. We start with ourselves, and then include others in asocial setting. The first such social setting is of the family and where the family dwells, ahome, or household if there was indeed a an actual “house”. Regardless, we can assume people have always built some form of shelter as a dwelling for their family kin.

Before any medium of exchange like money, the basic economics is what we spend time on and pay attention to within the social settings of our family. This is the first form of currency. The current of energy from of conscious awareness that is directed towards aspects of living, such as towards others we live with. We spend time with others, and we pay attention to them.

We can recognize that our time and attention is limited in life, and is itself an underlying force of energy, a current and currency, that drives other derivative currencies we place value on, such as goods and services for us to exchange. What we value, put weight andimportance into, is determined by the attention and focus of our awareness.

Our attention being directed towards one thing or the other, is what we tend to value more than other things we pay less attention to. This is how we assign value and worth to much in our lives, regardless of it being a good or service, or not. 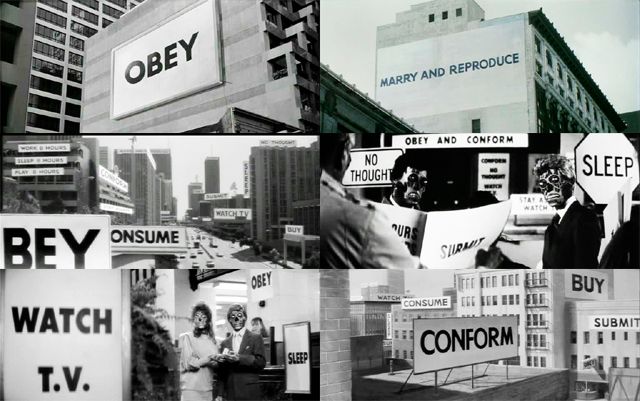 Advertising and marketing understands this and tries to direct our attention towards what they are selling for us to buy into. We can buy into ideas being sold, from politics, religions, “New Age” thought, and anything else, true or false. There is a lot around us that is being sold to our consciousness through the awareness of what we pay attention to.

How is our attention and valuation being done? Can it be done on a more authentic basis of accurate knowledge about what benefits, harms or stagnates our own personal development or the development of the world as a whole?

We can circle back around to the original source. We can learn how to better manage our own economic currencies of awareness, time and attention. We can change how we value certain things in life. We can pay more time and attention to learning about ourselves and the world. We can learn more about the basic “capital”, the most important and chief value that determines the quality and condition of our lives: Moral Truth/Law.

This is the capital and currency that has been lacking in much of human history for us to really progress forward as a species and bring about true prosperity, peace and the freedom of anarchistic living. We can stop participating or supporting violence, harm, enslavement and murder of other innocent beings. Moral Truth is the Way and Path.

No masters. No rulers. No slaves. Freedom for all. Anarchy with Moral Truth, Law and Rules.

As has been shown in history, many people have valued domination, control and enslavement of others. This is shown in the etymology of our words relating to economy, as I have demonstrated above. We need to understand what we have been doing in our past history, and how we are still doing the same things now. Then we can move forward into the future more accurately with clarity and vision to derive better purchasing power over goods and services that help us as individuals and as a society.

We need to get back to the root causal source of how this all begins: our consciousness. Then we can build up from a grounded solid foundation of willful, voluntary, consciously aware self-direction of our time and attention, rather than involuntary, unconscious, unaware, automated and conditioned direction of our time and attention. We can direct ourselves in a more moral capacity and shift our way of life away from weaponry, wars and oppression. It all starts with evolution in consciousness to educate ourselves out of our attachment to our current condition of reality.