More instituted policies to bring dark times for people are pupping up in this scamdemic. Rather than saves lives, the NY state had decided to issue a guideline to emergency workers to forget about reviving people without a pulse when they arrive on scene. Why? Because… coronavirus could spread more and they also don’t want to use resources on these dying people. 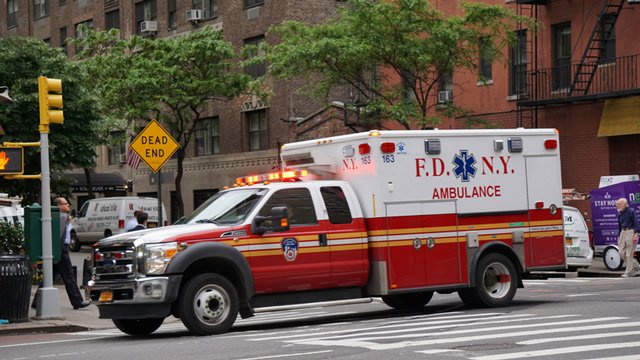 Source
A memo issued last week from the state Health Department said these changes were:

“…necessary during the COVID-19 response to protect the health and safety of EMS providers by limiting their exposure, conserve resources, and ensure optimal use of equipment to save the greatest number of lives.”

First responders were not happy about this. In fact, they were outraged, according to NY Post writing about this issue.

“They’re not giving people a second chance to live anymore,’’ Oren Barzilay, head of the city union whose members include uniformed EMTs and paramedics, fumed of state officials.

“Our job is to bring patients back to life. This guideline takes that away from us,” he said.

Earlier in April the Regional Emergency Services Council of New York issues a similar guideline to not bring cardiac-arreest patients who can’t be revived on scene, back to the hospital.

There has been obvious backlash. State Health Commissioner Dr. Howard Zucker rescinded the do not resuscitate order. The update says:

“This guidance, proposed by physician leaders of the EMS Regional Medical Control Systems and the State Advisory Council – in accordance with American Heart Association guidance and based on standards recommended by the American College of Emergency Physicians and adopted in multiple other states – was issued April 17, 2020 at the recommendation of the Bureau of Emergency Medical Services, and reflected ‎nationally recognized minimum standards,” Jeffrey Hammond, a spokesperson with the state’s Health Department told JEMS in an email. “However, they don’t reflect New York’s standards and for that reason DOH commissioner Dr. Howard Zucker has ordered them to be rescinded.”

So good news, paramedics can keep trying to revive people who have had heart attacks.

It’s pretty ridiculous that they would posit to not try to revive people who can have a second chance at life, because they want to “conserve resources, and ensure optimal use of equipment” with the coronavirus scamdemic taking up resources they prefer to have directed there, than to cardiac arrest patients.

This is such bullshit. The whole scamdemic is a lie. The data has increasingly shown, more and more as time went on to prove it, that this is akin to a seasonal flu that is more contagious and can have more serious affect to at-risk groups like the elderly and those with preexisting medical conditions, like weakened immune systems. Those are the only people that need to, voluntarily, shelter in place, isolate or lockdown.

Everyone else could have also voluntarily done that, if they feared the virus and wanted to do so. Those who didn’t fear the virus, could have gone about their lives as normal. With all the lockdown, the virus still has spread to people in society who didn’t even notice. And guess what, that didn’t increase the amount of deaths to the catastrophic pandemic levels that were falsely modeled at 2.2 million in the US and used to justify the fear-hype scamdemic and destruction of the economy and people’s lives.

This virus does nothing to most of us. Yet, the authoritarians want to increase surveillance of the population and track all the infected to prevent people from spreading a virus that is akin to the flu. The lockdown is a sham.