No link between schools reopening and covid-19 spread

Just like the dead-link between covid infections (or more accurately genetic material detection) spreading and childcare facilities, so too is the link between alleged covid spread and schools. As Pink Floyd said, leave our kids alone!

The doomsayers of the cult of corona tried to prevent everything from going back to the way it was before. Can’t let businesses open. Can’t let schools open. Can’t do anything, because of the not super deadly flu-like corona might spread and result in dead on par with the common flu. They said it would create a second wave of deaths. Some even said there would be more deaths than the initial introduction of the alleged virus in the population.

Boy, were they ever wrong! They are just grasping at strays in their voodoo non-science claims. Even the current “second wave” propaganda spread in media is about cases, with no corresponding amount of deaths to match the amount of cases detected. 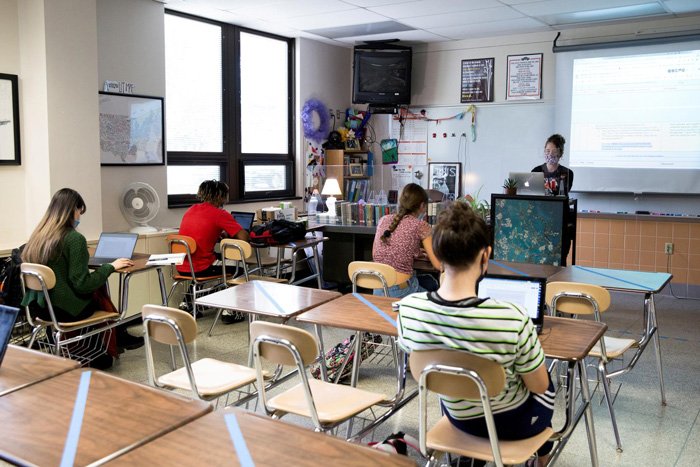 This story is reported on Reuters. But as usual, like with the childcare study from LA Times, mainstream media almost NEVER links to actual studies for us to check out ourselves. I had to go find the study myself. You can find the link to the PDF on this page, with the PDF here. It’s so annoying how they don’t even source what they are talkign about.

Full analysis of these 52 countries found no firm correlation between school status and infections – pointing to a need to consider other factors, IfE said.

But this organization, “Insights for Education” is still twisted into the bullshit narrative, as they even support the alleged bogus “second wave” story:

“This first real global test highlights what school life looks like in a COVID-world,” said Grob-Zakhary. “Understanding how countries undergoing a massive second wave are dealing with this new reality in the classroom is essential to guide future reopening decisions and to help schools remain open.”

The fear is strong, with 44 countries refusing to let children go to school. It’s estimated this will produce a whopping “300 billion disrupted school days this year”. There are cases of test positive PCR test for genetic material, but no accompanying proportional rise in deaths compared to the actual pandemic in early 2020. There is no second wave of a pandemic. The pandemic of deaths from the illness has been gone since May.