The media and scamdemic ‘experts’ are still busy spouting their double-think and expecting the obedient debt-slaves to do as their told. The media and experts still want people to stay apart, except if it’s to support the racial divide and unrest that serve the empower the state in the long run.

The media and ‘experts’ support thousands protesting close together against police abuse, or ‘white supremacy’ as some hilariously proclaim the issue to be. Yet, they denounce protests against the lockdown, against the draconian measure the government imposed to ruin people’s lives and the economy. 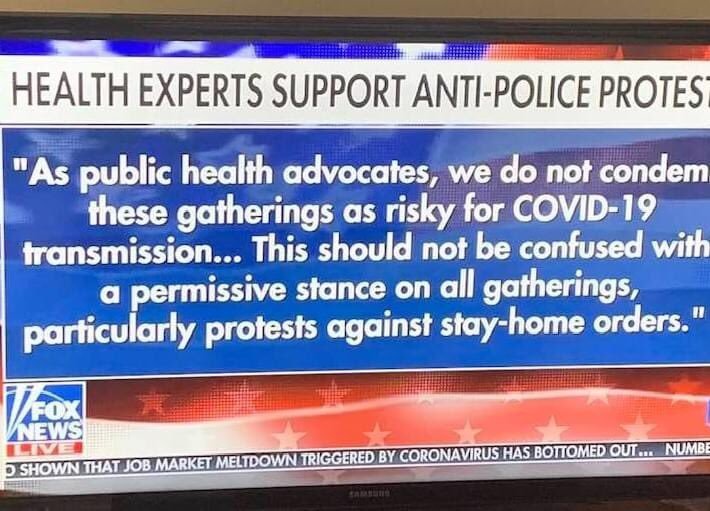 Stay-home, and don’t protest the stay-home bullshit. Those are legit “laws” to keep you safe. But, if you want to protest other stuff like police abuse, or the narrative of a fantasy of “white supremacy” everywhere in society, then please do. This is Orwellian double-think contradiction.

“Staying at home, social distancing, and public masking are effective at minimizing the spread of COVID-19. To the extent possible, we support the application of these public health best practices during demonstrations that call attention to the pervasive lethal force of white supremacy.”

You can only do what they tell you you’re allowed to do. That’s freedom. Don’t protest this, don’t protest our draconian “laws” that oppress and ruin your life, but go ahead and protest the other oppression that misdirects and focuses on race rather than the inherent problem of belief in authority and obedience to orders that justify violence and murder of innocent people.

We have been told we can’t be more than 2 people at a time somewhere (or increased to 10). We have been told we can’t be closer than 6 feet to others. If we disobey, we are criminals and we will be fined or arrested. The media at the White House was shocked to see that social distancing was not being obeyed, while they remain suddenly shut up about complaining about social distancing at large in society, i.e. at the protests. 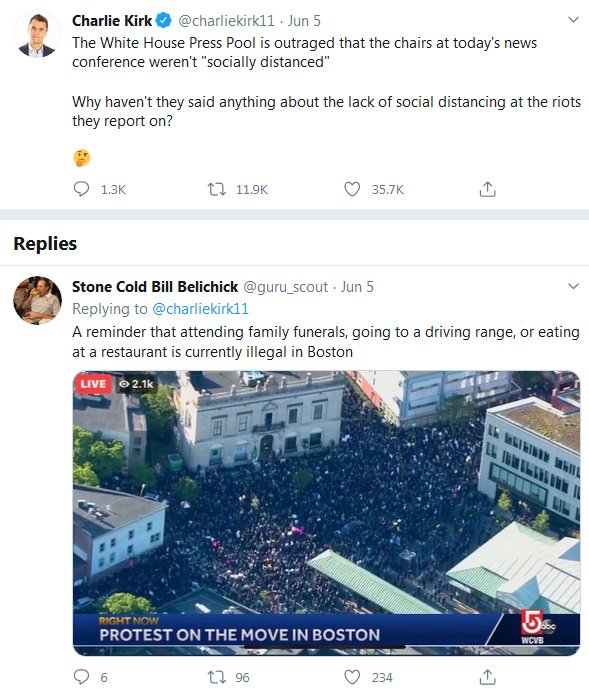 This is exemplified by Chicago Mayor Lori Lightfoot:

“We will shut you down, we will cite you, and if we have to, we will arrest you. Don’t make us treat you like a criminal, but if you act like a criminal and you violate the law and refuse to do what’s necessary to save lives in the middle of a pandemic, we will take you to jail, period.”

Criminals, for not obeying the states dictates over a virus that’s similar to the flu in lethality. The truth has been evidence for centuries, that the state is the most organized criminal enterprise ever constructed.

No one (or very few) in the protest movement even correctly identify the problem. They want people looking at race as the issue, to pit race/ethnicity against other races/ethnicities as the source of their woes, when the real problem is the state authority and it’s power and abuse over the lives of everyone. That way, the state remains in power and nothing really changes for the better. 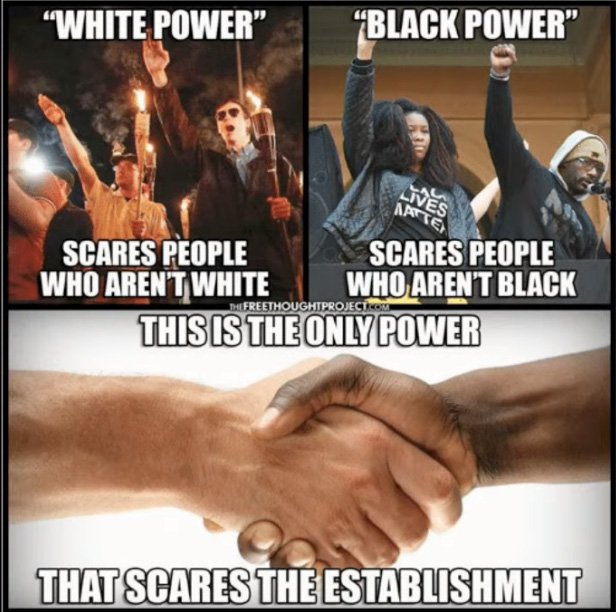 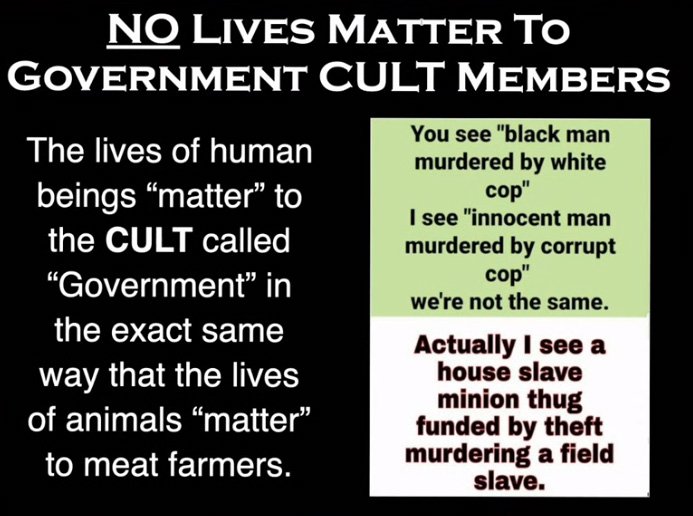 The cops are the thug gang enforcement division of the state. They are there to serve the state, not the people. They are the attack dogs that take their orders and impose violence (theft, assault, murder) on those who don’t obey their own or the state’s authority. Do as you’re told, or else!

The common problem of authority and legalized monopoly on violence escapes them as they are so indoctrinated and conditioned into the seeing life as necessitating the state and police. Otherwise, without government gangs, who would protect us from violent street gangs that would take over, right? 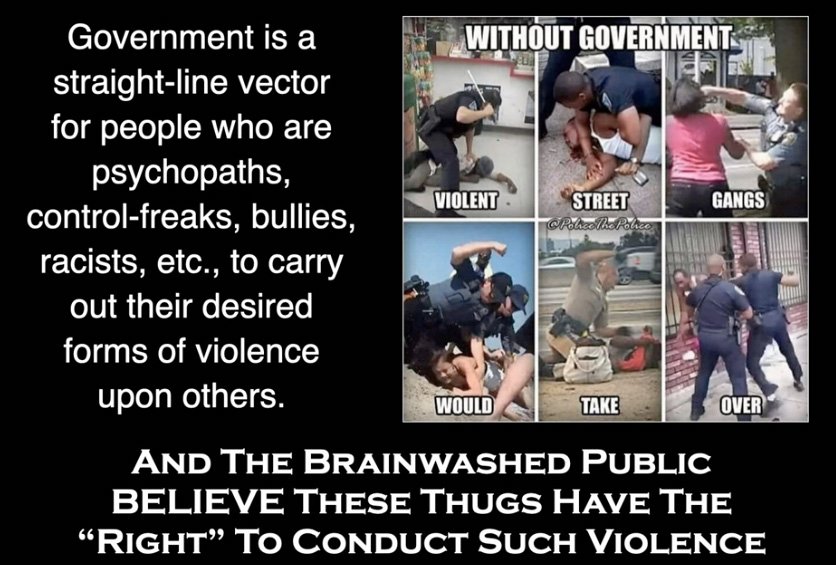 Is the problem really that authoritarians beat/steal/kill some races more at times while other races get beaten less at times, or that we’re all being beaten/stolen from/killed whenever they want and get away with it? “It’s not fair that he (that group) is getting beat up less than me (my group), he (they) shouldn’t have that privilege. Clearly, the one’s doing the beating are racist, that’s the real problem.”

Wake up if you don’t get it. Get out of the race-trap being played out. The problem is the state and the belief in authority that oppresses and violates all our rights.