Mainstream Media is a ‘Cancer and There is No Cure’, Quotes MSNBC Producer Who Quit

The problem is the job itself. It forces skilled journalists to make bad decisions on a daily basis. 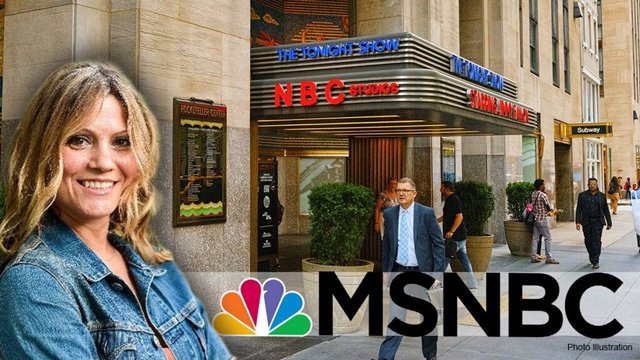 The main insult to the garbage media was in reference to a TV veteran told her:

“We are a cancer and there is no cure,” a successful and insightful TV veteran said to me. “But if you could find a cure, it would change the world.”

I’m not sure what a TV veteran is. Maybe it’s a long-term employee in the TV industry, or TV news. But anyways, the point was that it’s a disingenuous sham with a political agenda.

The mainstream media acts like a cancer that stokes national division. They just care about dividing people and creating chaos in the minds of the masses. Keep people divided and at each others throats, not going forward together towards a better future.

Speaking of the scamdemic of COVID-19, she mentions how the focus was on Donald Trump and what Trump does wrong. The science didn’t matter.

This cancer risks human lives, even in the middle of a pandemic. The primary focus quickly became what Donald Trump was doing (poorly) to address the crisis, rather than the science itself. As new details have become available about antibodies, a vaccine, or how COVID actually spreads, producers still want to focus on the politics. Important facts or studies get buried.

This cancer risks our democracy, even in the middle of a presidential election. Any discussion about the election usually focuses on Donald Trump, not Joe Biden, a repeat offense from 2016 (Trump smothers out all other coverage). Also important is to ensure citizens can vote by mail this year, but I’ve watched that topic get ignored or “killed” numerous times.

Elaborating on the exclusion of important information to get people to think and actually be informed, she adds:

Context and factual data are often considered too cumbersome for the audience. There may be some truth to that (our education system really should improve the critical thinking skills of Americans) – but another hard truth is that it is the job of journalists to teach and inform, which means they might need to figure out a better way to do that.

Yes, people are dumbed down. Check out the book the Dumbing Down of America. School aren’t meant to make you great, just get you by with some basics to get formed into cogs in the machine. It’s outcome-based education to get people the basic skills to go and fill in spots in the economic machine.

The news is structured to get rating. The more an audience would like a guest or topic, the more likely it was to get talked about as “news”. The editorial process is geared this way. It’s the standard everywhere, not just an MSNBC:

Likewise, it’s taboo to discuss how the ratings scheme distorts content, or it’s simply taken for granted, because everyone in the commercial broadcast news industry is doing the exact same thing.

It’s refreshing to see someone with the backbone to quit a well positioned and paying job. She had enough of losing her integrity for a paycheck. She wants discourse. we need real talk, not the bullshit rating and silencing of important information that is pervading the mainstream and social media.