In learning how to think, logic is important. Learning about logical fallacies helps one understand and recognize errors in reasoning/thinking. This applies to the thinking that we or others do. The moving goalpost is a popular logical fallacy.

Moving the goalposts is an informal fallacy in which evidence presented in response to a specific claim is dismissed and some other (often greater) evidence is demanded. That is, after an attempt has been made to score a goal, the goalposts are moved to exclude the attempt. 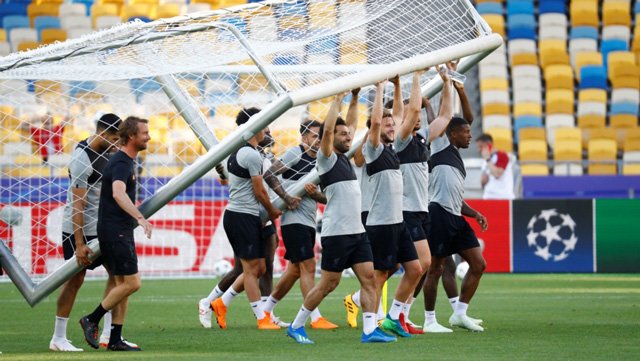 Source
In the case of the COVID-19 panic and subsequent lockdown, the goal post was initially to flatten the curve, and to allow hospitals time to prepare for all the people who would be dying of COVID-19 needing hospital treatment, presumably with ventilators as was much the focus in the media.

Ventilator manufacturing went into overdrive, then it came out that 80% of NYC COVID-19 patients put on ventilators died. That’s high. Doctors have stopped using them so much. The American Journal of Tropical Medicine and Hygiene even said that there was more than a 50% death rate for ventilator use, and recommended reducing their use.

Hospitals have pretty much stopped doing non-COVID treatments, with only ER rooms seeing some activity, and that’s pretty calm. I went to the ER a few weeks ago, and there were 3 people for non-COVID issues. There was a special area in the ambulance garage for COVID cases. Everything was shutdown. Some hospitals have more busy COVID-19 treatment though, and they are busy in that one area. But that’s not most hospitals. This activity has been dying down.

Nurses have been laid off, as there is no hospital activity. The hospitals are ready. If one hospital in a city needs patients to go elsewhere, other hospitals have the room. But COVID-19 is akin to a flu in terms of death per population. A large percent of the population has the infection, yet don’t even know it or only have minor symptoms and don’t go to the hospital since it’s not serious, although some still do because of the fear surrounding this illness.

The curve has levels off in most places. Some have reached the top weeks ago and the curve is now fallen down.

You can see the general increase of cases and the slow down of new cases in this graph: 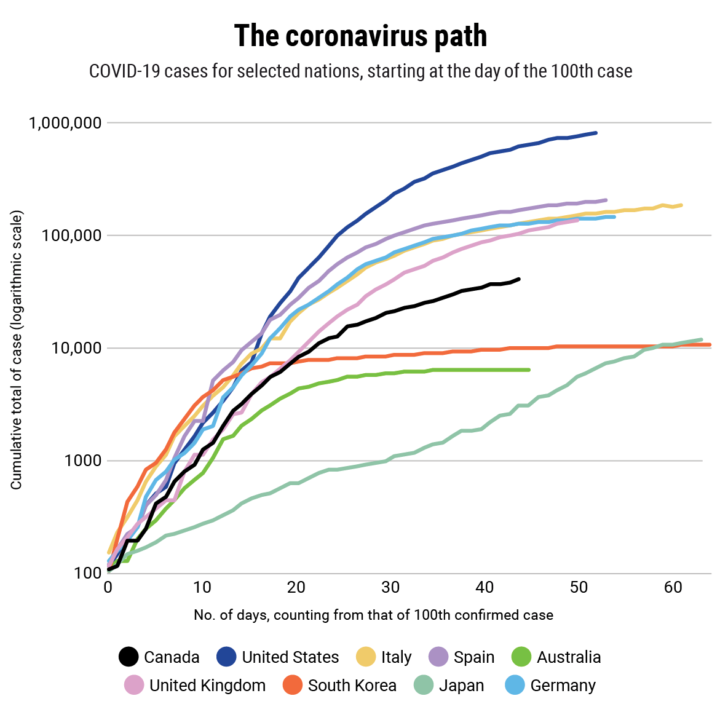 Source
The two main reasons for a lockdown have been satisfied, despite the lockdown not being needed to begin with as we can see from Sweden having comparable death rates to the US.

With the curve flattening out and the hospitals ready with stuff they don’t even need (ventilators), and hospitals are so unoccupied that they are laying off nurses, we still are seeing a push for the lockdown (that didn’t make statistically significant difference) and even the agenda to increase surveillance of the population.

The goal post is moving. Now it’s that everyone who has COVID-19, is a threat to the safety of others. Drones are being used in several countries to surveil the population for these dangerous COVID-19 asymptomatic people. Because infecting someone with something a akin to a slightly more severe flu is a serious public threat. Meanwhile in previous years, the same percentage of deaths has occurred without alarms going off and the media inducing fear-hype panic into the population.

The goal post has been moved to deny the removal of the lockdown. The real threat is from governments not COVID-19, and the only thing dying more than other years, is not people, but rather our freedom with rise of surveillance and control over our lives.