Free Speech, a Requisite to Increase Freedom and Lessen Tyranny

Free speech, what’s it good for? A lot. Everything rests upon it. Without it, we are enslaved. More on that in a bit. To start off, allow me to elaborate on what #freespeech is. 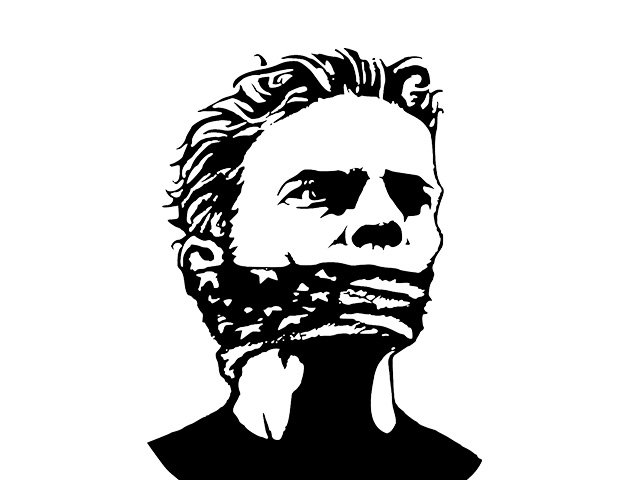 Source
Free speech is a fundamental cornerstone of any society that wishes, well, to be free honestly. It’s a principle inalienable right to communicate your opinion, right or wrong, delicate or harsh, nice or hateful, without being punished for it either through state legal mechanisms or a community itself.

The least you can expect is to not have physical violence imposed on you. You aren’t supposed to be censored, at least not in public, unless you are calling for violence against others. You can even be hateful, or at least what some might consider to be hateful (even if it isn’t).

“Hate speech” is highly subjective. When the authoritarians of the state apparatus get involved in judging what “hate speech” is and creating laws, that’s when you start to get limits on the freedom of speech/expression. And that leads to a slippery slope. Even if something said is really hateful, if you don’t allow it to be said, then you are saying you get to decide what can or can’t be said in society.

Invariably, the “hate speech” that eventually gets targeted by governments, is not speech that’s inciting violence, but speech/writing about a subject that the government doesn’t want to have others listen to. They want to control the flow of certain information and restrict what people can learn about.

This is also happening on the various Web 2.0 online platforms in recent years. At first, these marketplaces for congregating socially online permitted all non-criminal topics. They needed to attract as many people as possible and hook them into being part of a centralized marketplace for sharing their thoughts and feelings.

Then they had us. After they became the “founders” of the big tech social media communication monopolies, they decided to restrict certain types of personalities and subjects from being discussed. This continues to increase. From algorithmic manipulations to limit the viability of accessing information, to shadowbanning, censorship and outright banning, the free speech of these central marketplaces is shrinking. Eventually, only the topics they deem acceptable will be discussed. This controls the flow of information again.

Information flowing freely on various topics and of differing perspectives allows people to see/hear about things they might not otherwise have access to from the “acceptable sources”, i.e. mainstream media. These big tech marketplaces for ideas and sharing first enabled the spread of information, and now they are restricting access by making it harder for people to access it in one convenient location. Less people are being exposed to alternative information that is counter to the establishment narrative.

Back to the fundamental importance of free speech: it’s the prerequisite to increasing freedom and decreasing tyranny or slavery. Freedom is contrasted with slavery. Slavery can exist in varying physical and psychological degrees through physical-control and mind-control.

The tyranny of oppression in various forms can’t often be remedied with it’s direct removal. The state is, after all, very powerful with their hired goons that follow orders for a paycheck. The state is also powerful with the so-called “justice system” that will steal money or imprison non-violent people who communicate messages the state doesn’t want to get into the minds of others.

Some information relates to lies or falsities that are believed as truth. When free speech is curtailed, it restricts the potential information that can shed light on how we are being deceived or controlled by falsity.

Falsities or lies can be believed. Beliefs influence behavior. Falsities/lies can be used to control people’s behavior, convincing them of unrealities as through they are realities. Then we end up living in flawed ways of life, accepting wrongs as rights, and rights as wrongs. This is the path of tyranny and slavery.

Free speech allows people to counter the falsity or lies that bring us greater degrees of tyranny and losses of freedoms.

This is why free speech must be preserved as a right. Private companies hoodwinked us into thinking they were open to allowing certain information to flow. But that has changed. They have started to narrow the range of acceptable thought in their marketplaces. Can they do this? It’s their private infrastructure that they built and we chose to use. They make the rules for compliance for us to use their service. I know there are arguments about them being public utilities, that they have received tax-payer money. But many private industries are subsidized as well, and they aren’t operating under the demands of the public. Choices were made and still can be made.

These big tech companies can censor and ban people from their platform. It reflects how little they care about free speech and preserving freedom on their platforms. Alternatives that uphold greater degrees of freedom of speech can be created or found

People can choose to move away from sites that violate principles of free speech, and help to grow the alternatives in turn. This will create a slow (or rapid) bleeding effect for the big tech giants. If enough people care about free speech, the big tech companies will eventually come to regret their decision to censor and ban people who conveyed certain information or opinions.

Use their platforms as a marketplace to share information and thoughts, but don’t expect them to keep letting you do so. Exploit it while it lasts and influence others while you can. Immutable blockchains like #hive are a decentralized marketplace for sharing that is highly censorship resistant. Don’t put all your eggs in one basket, as many have learned the hard way and have lost years of their work. Spread your voice onto multiple platforms and increase the potential for your message to be heard by more people.