Authorities in the health sector and in government have used bad data to base their decisions and aggressive responses to control people’s lives. From inflated deaths to inflated case counts, the scam unravels but the authoritarians in power aren’t skipping a beat when it comes to keeping the pressure on to control our lives and force us into vaccination.

The latest bad data, false information and fake news from the authorities comes from UK hospital admissions being

Other illnesses where being counted as COVID-19 cases, adding to the already dubious numbers. Like the 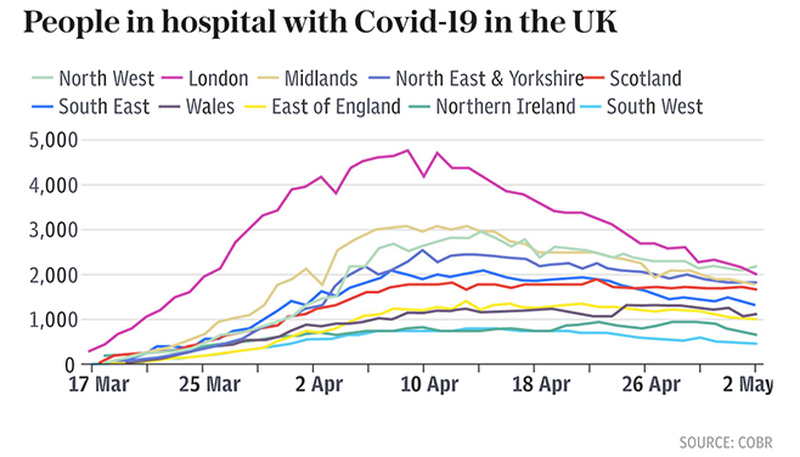 Hospital admissions for Covid-19 were over-reported at the peak of the pandemic, with patients who were taken in for other illnesses being included in outbreak statistics, it has emerged.

An investigation for the Government’s Science Advisory Group for Emergencies (Sage) found that people were being counted as Covid hospital admissions if they had ever had the virus, and were added to those being admitted directly due to it.

Government figures show that, at the peak of the pandemic in early April, nearly 20,000 people a week were being admitted to hospital with coronavirus (see graph below), but the true figure is unknown because of the problem with over-counting.

Professor Graham Medley, of the London School of Hygiene and Tropical Medicine, asked by Sage to look into the situation, told The Telegraph: “By June, it was becoming clear that people were being admitted to hospital for non-Covid reasons who had tested positive many weeks before.”

Fake news. False information. Bad data. Why don’t the authoritative fact checkers hired by Facebook, YouTube and Twitter come out and make articles about death numbers and case counts being fake? Why don’t they plaster “false information” warning on posts to links, videos or tweets about all the times the media has reported these fake numbers?

Yup. Think about that, put it in a pipe and smoke it. It’s smoke and mirrors. The governments of the world are full of shit, and people are eating turds day in and day out.