Experts from the US Senate Hearing on COVID-19 Destroy the Bullshit Lockdown, Isolation and Social Distancing

Last week there was the US Senate Hearing on COVID-19. A panel of experts were consulted to give their advice on the situation. The information and arguments provided by 4 of them speak volumes about the mismanagement of the government with regard to what is referred to as COVID-19. 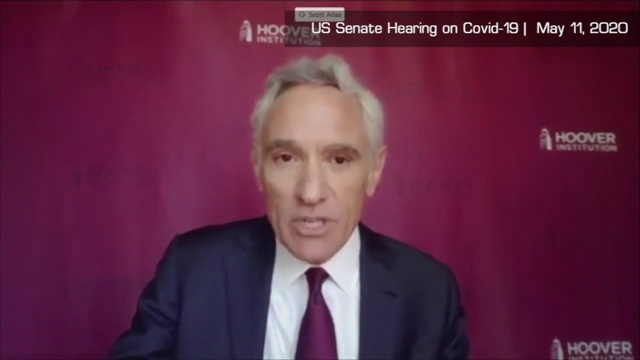 Here are the main points made. Video below.

“The goal of the strict isolation has been accomplished. You need to stop under-emphasizing the actual empirical data and established medical science, while instead somehow still instead doubling down on hypothetical models. SCience and logi must prevail over fear and worst case scenarios.”

“It is not logical that younger age groups must somehow be isolated or maintain a 6-foot spacing fro each other. If infection in low risks groups is still prevalent, socializing represents the opportunity for developing the widespread immunity, eradicating the threat to the vulnerable.”

“This total isolation policy prevent broad-population immunity. We know from decades of medical science, that the population develops immunity while acquiring the antibodies.”

“100s of thousands of people have serious diseases that are not being treated. Transplants from living donors are down 85% from last years. Int he US alone, 150,000 new cancer cases arise every single month. These patients are not being seen.”

“Treating COVID-19 at all costs, is severely restricting other medical care and installing fear in the public and creating a massive health disaster.”

President of The Foundation for Research on Equal Opportunity

“One size fits all lockdowns are not based on actual evidence for science regarding COVID_19. But are instead based on fear and off the shelf playbooks.”

“30 million Americans have lost their jobs… second quarter GDP will be 40% lower than it was at this time last year.”

Professor of Medicine, Epidemiology, and Population Health at Stanford University

“While lockdowns were justified initially, their perpetuation may risk many lives. While treatments and advances in vaccine efforts may be successful eventually, lockdowns measures cannot be prolonged until we find treatments in vaccines.”

“Deaths from common chronic diseases and treatable conditions, such as heart attacks, may increase, as these patient avoid hospitals from fear as interaction with their care-giver is interrupted.”

“It is unrealistic to expect complete contact tracing will need to be feasible before reopening. We have 30% of New York already infected at the moment, or 5% to 10% in other states.”

“If we’re ever going to get out lives back and not be on th indefinite timeline of “maybe there will be a highly effective vaccine mass produced”, we actually need the virus to circulate among people who can safely get it, get over it, and make antibodies.”

“The problem an interdiction strategy that starts and ends with flattening the curve, is you can never stop… The minute you release those clamps, you get the spike you thought you had prevented.”

“You need to allow the virus to circulative in those who can safely get through it to develop herd immunity.”

“There’s an alternative to contact tracing. We identify people at higher risk, and we carefully protect them from exposure to the virus. And people at low risk we actually expect the virus to circulate. So contact tracing int hat group almost defeats the purpose.”

These are logical explanations that correlate to the reality that has presented itself for months. There have been many experts, speaking for over 2 months, about the overreaction in the media and most of the governments of the world.

In the beginning, one could argue, that maybe a lockdown was needed, since the fear of the unknown was at our doorstep. Maybe you could say that, OK. But after 2-3 weeks, you get data, and you see that things aren’t as bad as you thought. Then the draconian measures should have been removed.

But some politicians seems to have liked the power grab a bit too much, and they kept holding on to control over people and pushing the false fear propaganda. They didn’t consult level-headed experts who warned against all these measures not helping the situation. And they continue to ignore the logical and science-based approach to deal with this alleged novel virus, which is letting people develop an immunity while protecting the vulnerable. I’ve talked about this for weeks as the proper solution.

Or maybe they didn’t care about the reality at any point. Maybe they had agendas of their own, for them to get something through secret deals/agreements (conspiracies) made with others who have an agenda to institute more surveillance and control over the world population. We see how many things, like the CARES Act was made in January 2019, and technology being pursued by DARPA, were already in place or being worked on, ready to implement when the opportunity arose.

The freedom of the people of the world has been assaulted. Governments have exercised more tyrannical power. We are told we must obey to their false reality, despite evidence showing how wrong they are. We’re in a battle that most people don’t even see. They don’t understand principles of morality and freedom that need to be upheld. They are all too willing to give up their rights in order to purchase false security and safety from something that isn’t even the danger they were told it was. We have been deceived. It’s time to wake up.