Effective Treatments for COVID-19 Have Been Blocked, Reason to Get Off the Corona-Phobia Bandwagon Pt.5

This is unbelievable, but it’s true. As early as February, treatments against COVID-19 were confirmed to work to reduce the severity and recovery time drastically. 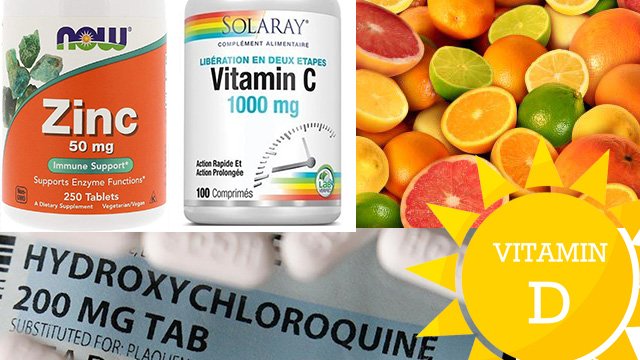 French physician and microbiologist Didier Raoult has used and recorded the effectiveness of using hydroxychloroquine (HCQ) with azithromycin (AZ) and zinc in early diagnosis. This protocol worked with over 99% effectiveness in a trial done in February.

Another doctor who used HCQ offlabel was Dr. Anthony Cardillo in LA. He used HCQ with zinc. Rather than early diagnosis treatment, Dr. Cardillo has been using it on patients who were very ill. He says within 12 hours, they were “basically symptom free”. That’s amazing.

Why wasn’t it being used then? Why is it still not being used? Why isn’t the media reporting this drug as a “life saver”, and calming down the overblown fears they initiated?

Despite the deficits of President Trump, he mentioned the use of HCQ in a press briefing. Then the gatekeeping tool Fauci stepped up to denounce it as untested and essentially not to use it. The media also continued the gatekeeping to supress the information about this drugs effectiveness. As far as they were concerned, it was dangerous to use.

This drug has been around since the 1950s. It has a long history of being safe to use, at least in the short term for treating an illness that only lasts 2 weeks. There is no danger with this short term use. Only some problematic side effects with long term use.

Nonetheless, the media was pushing the agenda of danger. A poorly conducted sham study was done in April, that concluded more people died when using HCQ than not using it. The media didn’t look at how valid the study was, or how it was done. They jumped on it to push the idea of proof that HCQ was more harmful than not using, even deadly. 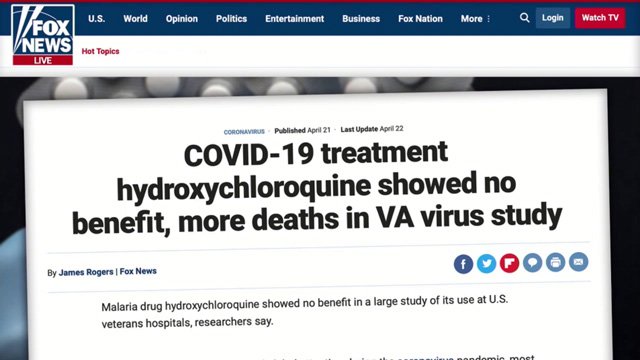 The study claims there was in increased mortality rate compared to those who weren’t given HCQ. The media portrays this as those who got nothing, did better than those who got HCQ only. As if that is the control group who got nothing. But looking at the study, there is no control group. Those who did better were given a portion of the proper protocol, either HCQ+AZ, or AZ alone. They weren’t simply given nothing.

HCQ alone doesn’t do the job, you need the AZ or zinc to heal from the virus infection. But the study is being touted by the media as proof that HCQ is a failure. What a joke.

The study did admit some other issues, that it wasn’t randomized, and that it was influenced by demographic composition where disproportionately higher rates of COVID-19 hospitalized patients are black. COVID-19 seems to affect blacks people more. Additionally, the median age was 70 years old! Their target group was more likely to be severely affected in two ways. But, blame HCQ for not being able to make people recover who were already in a serious condition. Even the Fauci touted Remdesivir is not effective in the server stages either.

That’s not all. The study didn’t even mention the dosage that was given. And those who conducted the study are ophthalmologists, they work on the eye. Why they did decided to actually do this study is very odd. Eye doctors doing a drug study for treating a virus?

This is not even a study, it’s a sham, as Dr. Stephen Smith has said. He “can’t believe anyone to this seriously”. There is no data on the dosage amount of when it was given. Yes, this is being touted as a “study”. When does a drug study not mention the dose? That’s unheard of. Pseudoscience is running the show, and the media loves using it. They don’t want people to be healed by HCQ+AZ+zinc, or vitamin C, D, A, zinc or other therapies. They want inflated death counts to keep the fear-hype panic alive.

Chloroquine is effective in preventing the spread of SARS CoV in cell culture. Favorable inhibition of virus spread was observed when the cells were either treated with chloroquine prior to or after SARS CoV infection. In addition, the indirect immunofluorescence assay described herein represents a simple and rapid method for screening SARS-CoV antiviral compounds.

Anthony S. Fauci, M.D., NIAID Director, worked for the NIH since the 1980s. Yet, Fauci never did anything to promote this potential treatment. Fauci has done nothing to promote the use of this life saving treatment, nor others like vitamin C, A, D and others.

Instead, Facui tried to promote remdesivir as really promising as it allegedly cut recovery time down from 15 days to 11, if I recall his claims accurately. But HCQ taking away symptoms in 12h-2 days was shown to work, yet for some reason he wouldn’t accept it and decided to promote another drug that would cost more.

The remdesivir was a bust. As Zerohedge pointed out:

The study authors also note that the “findings in our trial should be compared with those observed in a randomized trial from China in which 237 patients were enrolled (158 assigned to remdesivir and 79 to placebo)…. That trial failed to complete full enrollment (owing to the end of the outbreak), had lower power than the present trial (owing to the smaller sample size and a 2:1 randomization), and was unable to demonstrate any statistically significant clinical benefits of remdesivir.”

So much for Fauaci’s “promising” drug he was promoting. And he’s still not promoting HCQ that works. Maybe he wasn’t promised any kickbacks from it’s makers which he might have had for remdesivir?

Meanwhile, more studies and trials on HCQ are done, and they all keep showing it’s success.

People are being conditioned to fear short-term use of HCQ to treat COVID-19, for whatever reason, like heart attacks, or the previous bullshit non-study. Yet, where was this fear for patients who have been using HCQ for malaria or arthritis for years, and they are still alive and well? It’s all bullshit.

Vitamins A, C & D, as well as nutritional IV’s, iodine, ozone and nebulization to support the immune system have been used to help combat the illness. But anyone claiming to treat COVID-19 with natural healthy immune boosting nutrients is told by the FTC they aren’t allowed. The FBI has even raided clinics offering free Vitamin C treatments.

Instead, doctors were using killer intubation ventilators and watching patients die at a rate of 9/10 in New York City. HCQ and zinc could have saved them, and has saved some lucky people who didn’t have robotic procedure-following doctors treating them. Oxygen treatments were denied out of fear of spreading the virus, when all evidence shows that the problem isn’t with breathing, but with oxygen not being transported in the blood. Oxygen treatments do help as well.

This is the mad world we are living in. The masters in positions of authority want to prevent people from knowing of ways they can easily fend off the symptoms of COVID-19 and heal quicker. They are helping the virus kill more people, when they could be helping people live instead. It’s frustrating and unbelievable that this would be happening, yet it’s true. And this is why it’s damn time to get off the bullshit corona-phobia bandwagon.