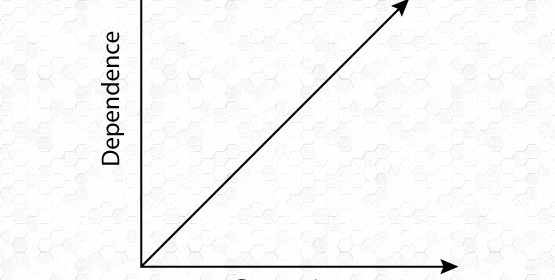 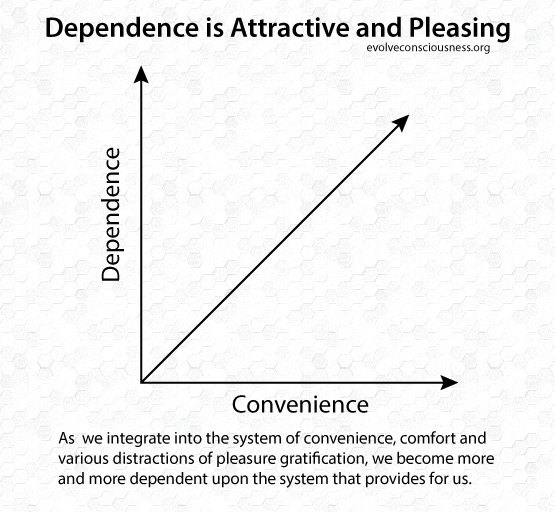 People don’t want to lose their dependence. They are so attracted to getting things and having the comfort and convenience of modern life. For things to get back on track, this modern way of living will fall. If we do not choose to turn away from this devolved way of living in attachment to material goods and distractions of the mind and heart, then we will have our path corrected for us in the future as we reap what we sow. The non-sustainability of our corrupt way of living is going to burst at some point, and then people will be in for a quick reduction in population as they will not be able to survive without the system of dependence.

How to get a population reduction if people are independent? It is hard. You have to convince people to go kill their neighbors. It is hard to do unless their is a large schism or conflict in the society itself that divides into more falsity. Instead of getting people to murder each other through magic and spells of the mind, as was done in the past to control varying peoples and is still done today, you can also get them to become completely dependent on an unsustainable devolved system. People’s dependence on the system will require them to support it, leading us to progressively greater devolution and enslavement. As we devolve and become more uselessly dependent on the system to provide for us, we ensure our own self-destruction. The system was engineered to recycle itself through bursting-bubble cycles, and keep repeating the same things through variations that give the illusion of change and “progress”. Somethings get better, and other things get worse. This is gradualism at work, masking reality through false appearances.

Get people to live by your system, and make them increasingly more dependent on it to survive. Then let it runs its course and self-implode, taking all of the dependencies along with it so that survival now becomes feasible only for the few who are able to survive on their own because they have used the system to come out on top. Regular people won’t be able to survive, because the system negated free ownership of survival. Survival was (is currently) outsourced. All of the land that would make ownership of survival possible has been stolen by the system’s players and propagators of Domination, Control, and Slavery.