The corona-phobia is dying down and people are getting tired of the drawn out, goal-post moving justifications for a lockdown. Protests were growing. People are demanding an end. More are waking up to the scamdemic as they see the growing surveillance and control grid arising around them.

The CDC’s own estimates put the infection fatality rate at 0.26%. This is within the flu range of 0.1% to 0.3% each year. Also, the number of inflated alleged ‘COVID-19 deaths’ only just reached the minimum yearly world flu deaths two weeks ago. The veil of justification is falling, the bullshit is cracking.

In comes the riots from the George Floyd murder/manslaughter by police in Minneapolis last week. People were protesting yet another cop killing. AS usual in protests, some people try to ignite violent behavior.

But is this natural? Or are these riots provoked by agent provocateurs?

During the protests in Minneapolis, there was a white man, dressed in black, with an umbrella, and what seems to be a police-issued mask on. It has been claimed that he was the first one to start breaking windows at a business and ignited the riots.

He appears to have graffitied a wall telling people to get free stuff. After he breaks the windows, he quickly starts to move away from the scene as he is followed by people.

Apparently, this man’s ex wife identified him as a Sp. Paul police officer, which the police department denies: 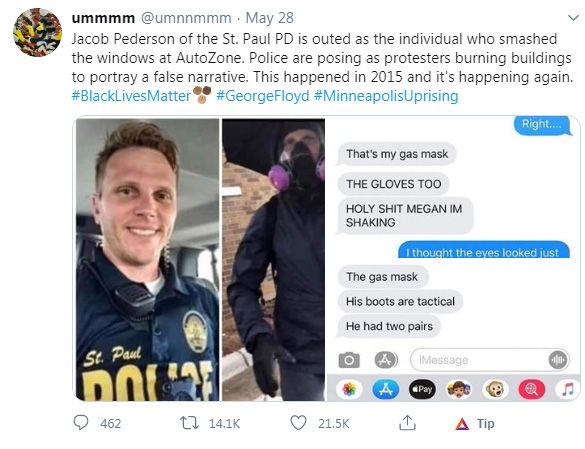 The Ron Paul team identified police who were undercover and blending into the crowd as well, visible as wearing white bands around their arms: 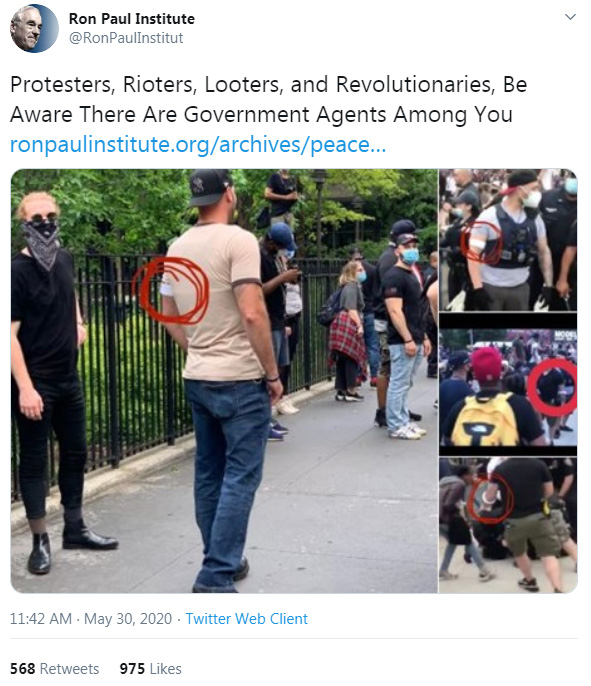 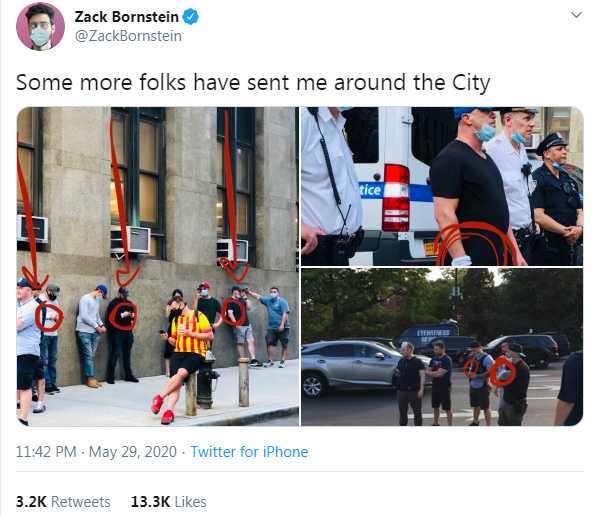 What have the riots led to? Problem, reaction, solution from the government.

Militarized forces were called in to quell the riots. Curfews have been imposed.

The problem was provoked or emerged organically, the reaction was an outcry within by Minneapolis residents who didn’t want their city ruined, and the solution was for government to pump their muscles and power and amplify their control of the situation with militarized might.

Watch this shocking video as a family with children is simply on the porch of their house as. The police/military shot at them with rubber bullets.

The media is no longer covering COVID-19 much. All the news is focused on yet another crisis. It’s always one thing after another to keep attention moving along and not digging deeper as attention is paid to one thing do too long.

People have had enough of the controlling authoritarian state. The George Floyd murder (whether is “staged” as some people want to theorize or not), was another catalyst to propel people to take to the streets. From COVID control of losing their jobs and not being allowed to live, to more police abuse of power, the kettle has been boiling and now it’s spilling over.

The authoritarians are having their fun in the sun, so to speak. Shooting rubber bullets at families on their porch because they are outside of their closed door after the curfew. Live fire has now been approved. A new crisis exists to keep force a lockdown.

Times like this show how much people actually have their rights. Government is slavery. You only have rights and property so long as the government authorities allows you to have it. They can take anything away from you anytime they want.