Well it turns out that was overblown hysteria again. Those who “might” be sick, but don’t know it as they don’t have any symptoms — the asymptomatic — very rarely spread the virus. 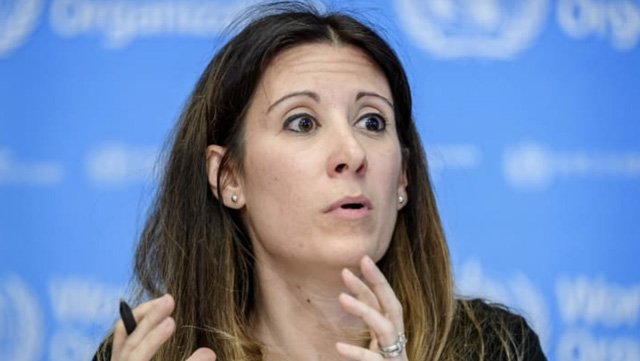 Source
Yesterday, Dr. Maria Van Kerkhove, head of WHO’s emerging diseases and zoonosis unit, said it was “very rare” for asymptomatic people to pass the disease on. The WHO says COVID-19 can still spread, but the asymptomatic shouldn’t be a focus. Governments should instead focus on detecting and isolating infected people with symptoms, says the WHO.

For months people who don’t wear masks have been shamed by mostly Left-leaning people. It has become some sort of virtue signaling to wear a mask.

At first masks were worn by people who feared getting sick. Then the facts got out that wearing a mask was not going to prevent you from getting sick. It hardly did anything as the virus is so small that the cloth masks don’t filter it, and air even gets in from the sides. Even Fauci in March or April said wearing a mask was not going to help you not get sick, and that people shouldn’t bother. he later changed his position though, encouraging peopel to wear measks.

This is because the narrative shifted from wearing masks to prevent yourself from getting inected, to wearing a mask to prevent others from getting infected. Why? Because you could be sick, and not know it. You don’t cough or sneeze. I think people thought that by simply breathing you were going to be projecting virus around and infecting people.

But when you’re asymptomatic, you don’t have much of the virus in you, so you aren’t going to be expelling much even if you do sneeze from an irritation. It’s been concluded that the severity of symptoms is associated with more virus loads in the body. At least that’s what we’re told as to how that worked.

The asymptomatic spread of the virus is now not that much concern. It can happen, but it’s not the main way it has been spreading. Van Kerkhove said at a news briefing from the United Nations agency’s Geneva headquarters:

“From the data we have, it still seems to be rare that an asymptomatic person actually transmits onward to a secondary individual.”

She also added that more research is needed to know with more certainty, but the initial studies with lower sample populations shows it’s very rare for asymptomatic to spread the virus.

They are still pushing forward with the whole tracking, tracing and testing people in order to isolate/quarantine them. This is despite over 99% of healthy people surviving. With 95% of people dying from COVID-19 having pre-existing medical conditions in the UK. It’s similar in Italy.

Most of the deaths also come from the elderly, as can be seen in Italy. “99% who died had one pre-existing health condition: 49% had three or more health conditions; 26% had two other ‘pathologies’, and 25% had one.”

I’ve gone over much of the evidence about the inflated death counts in Italy and the US, admittedly. How the infected fatality rate is within the same range as the flu at 0.26%. How the annual world flu deaths is between 290,000,000 to 640,000,000. This corona pandemic is very similar to a flu pandemic, except it spread more quickly due to likely being a bio-engineered strain. How HCQ and other natural treatments work but have been suppressed by the medical system, government and media for financial and political motives.

Even the UK, the government had classified COVID-19 as not a high consequence disease in March when the whole lockdown fiasco started:

As of 19 March 2020, COVID-19 is no longer considered to be a High Consequence Infectious Disease (HCID) in the UK.

Yet countries pursued agenda to destroy the economy for the middle class and poor, while executing pre-planned bailout schemes that mostly benefited the rich crooks in the financial sector who made bad business decisions pre-COVID-19. Go figure that their mistakes go not only unpunished, but rewarded by siphoning the taxes to enslave everyone with debt.