Asymptomatic Carriers Possibly Contagious for as Little as 3 Days

Over the past month or so, the focus has shifted to asymptomatic carriers of COVID-19. The lockdown was still going strong, but the hospitals were mostly operating well below capacity. The curve had been flattened. 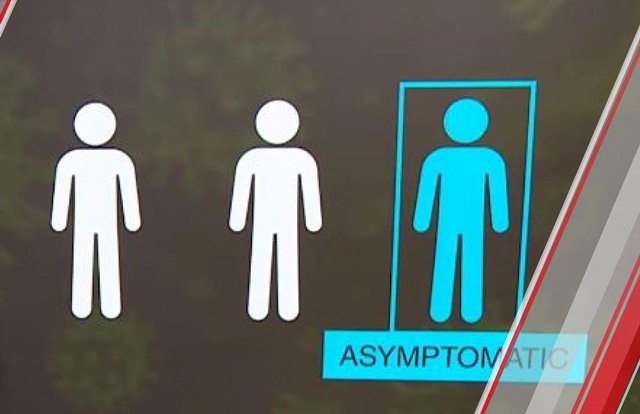 Asymptomatic carriers were the new threat to justify the lockdown remain in place. And also, to launch a draconian surveillance society of tracing, tracking and testing. The asymptomatic carriers makes COVID-19 harder to contain they claimed. This also pushed the warp speed vaccination agenda.

This is all going to Bill Gates’ plan. He mentioned all of this before any of it was being implemented. Then governments began to implement it. The tracing, the testing, and even the immunity passports. People said the passports wouldn’t happen, but they are coming.

Some articles like this one from Johns Hopkins University writes about the immunity passport as undesirable because it would lead people to fraud and forge immunity passports. Even if they did get one, the tests are admittedly unreliable, and if you go out, you’re putting others at risk as you “forgo physical distancing measures.”

We need other public health interventions, and it would be bad news if we created incentives where people need to get sick to keep their jobs.

This is why the rushed vaccine is being pushed as the “final solution”. Until then, so many of the mainstream “experts” want to keep people either locked up or social distancing and wearing masks indefinitely until a vaccine comes out.

It turns out the next round of hype, this time around asymptomatic carriers, is probably overblown. A study from Wuhan says some asymptomatic people can shed the virus for as little as 3 days, up to maybe a max of 8 hours. Business Insider writes:

No asymptomatic patient in the study shed the virus beyond the 12-day mark — and some only shed for three days. Patients with symptoms, meanwhile, shed for 16 to 24 days.

Another study titled A study on infectivity of asymptomatic SARS-CoV-2 carriers looked at 455 contacts who were exposed to the asymptomatic COVID-19 virus carrier and became the subjects of research. They concluded:

… all the 455 contacts were excluded from SARS-CoV-2 infection and we conclude that the infectivity of some asymptomatic SARS-CoV-2 carriers might be weak.

None of the contacts with asymptotic carriers got COVID-19.

Maybe the world should have listened and start to listen to other experts who had originally stated this pandemic was just like a flu pandemic, with around the same rate of deaths. But they were ignored, and still are. Many of them were against the lockdown and were for herd immunity to naturally let the virus pass, while protecting the most vulnerable: the elderly and ill.

Instead, many governments failed to protect the most vulnerable, and imposed destruction on the lives of everyone else who have 99.96% survivability. In the US and Canada, 33% and 80% of all deaths come from nursing homes. This is a monumental failure in goals to protect people, if that was the actual goal.

Society will continue to be made afraid of the invisible threat, the new terrorist to push forward the surveillance control grid. The fact that it’s only as lethal as the flu doesn’t matter, the agenda must march on.