Some buzz is stirring about a recent video of doctors uniting to support hydroxychloroquine treatment for COVID-19. The video went viral on YouTube with over 17 million views within 8 hours according to Breitbart who hosted their livestream on Twitter. 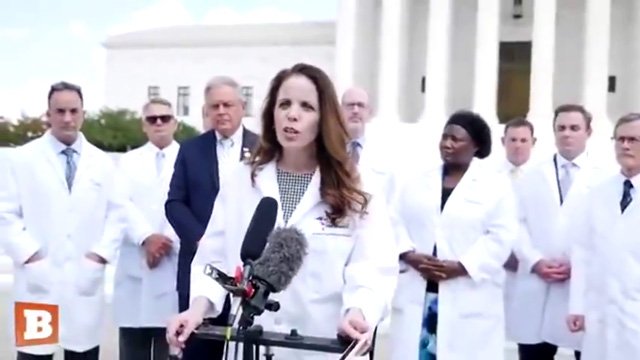 I managed to find it on Bitchute yesterday.

I don’t know if that’s the whole thing. I did find another series of videos from the America’s Frontline Doctors Summit. Session 1 is still online on an account:

But session two is no longer online.

I didn’t download them yesterday, I was looking for the video that was censored on YouTube. I grabbed the first session today though.

The first speak in the original popular video on Bitchute above, or in the session one after, is Dr. Simone Gold. She is the foudner of the group, who also had a site up: https://www.americasfrontlinedoctors.com/

That site was taken down by the web host. Why? More bullshit violation of terms, just like YT, FB a twitter. The viral popularity of the video and news of it’s censorship spurred more censorship police action, this time by the web host themselves. Dr. Gold covers this in a recent tweet:

We are a group of physicians advocating for a better understanding of COVID-19 and its available treatment options. 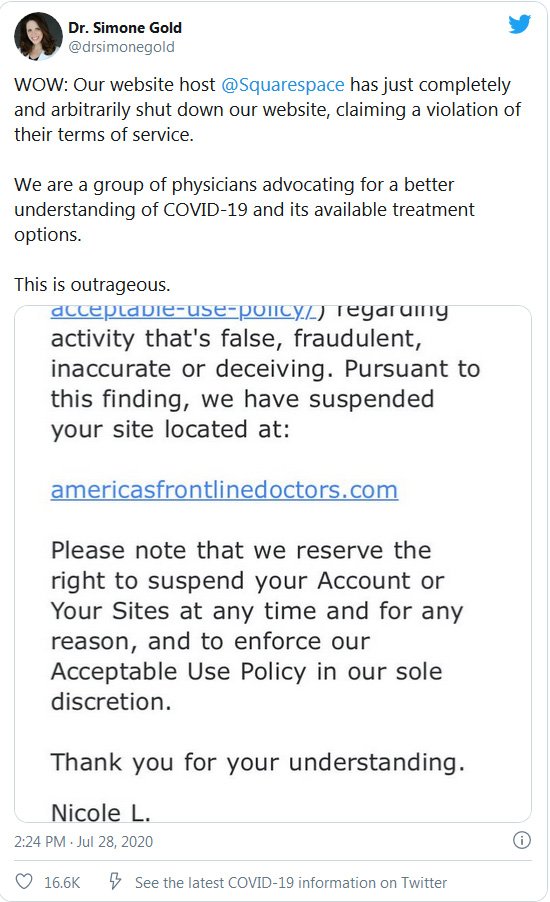 You can’t trust the major web hosting business, be they shared or dedicated. They don’t respect freedom of speech. They will all cancel you for whatever reason. It’s in their TOS.

Smaller operations run by individuals who care about free speech have stepped up to offer to host the AFD site. Some retweets of Dr. Gold’s tweet:

I’m a professional designer/developer. I host all my clients’ websites. Please reach out. I will have you back up and running in a matter of hours.

My company offers a censorship-free web hosting service. We can definitely help you here and prevent something like that from happening again. Would you be interested in learning more?

According to a tweet, somehow Dr. Gold got meeting with Vice President Mike Pence to try to empower doctors to prescribe HCQ:

UPDATE: We have just met with Vice President Mike Pence to request the administration’s assistance in empowering doctors to prescribe hydroxychloroquine without political obstruction.

We also discussed the recent censorship of doctors on social media platforms. 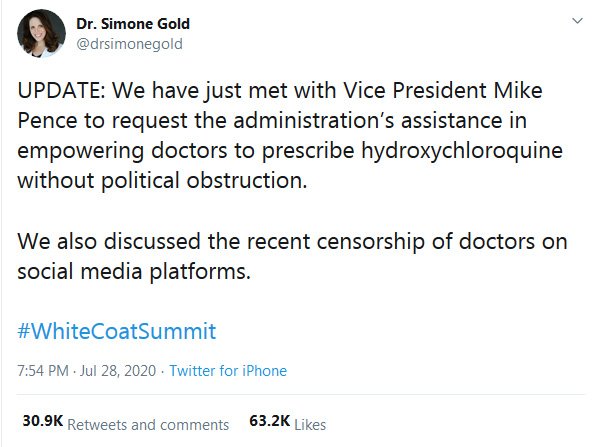 The viral video would have likely reached million in short time. The subsequent censorship has put a hamper on the information and raising awareness, but that itself has become somewhat of a viral news in some places. Meeting with the VP — however deplorable of an immoral human being he might be — is something that may help to get HCQ treating more people.